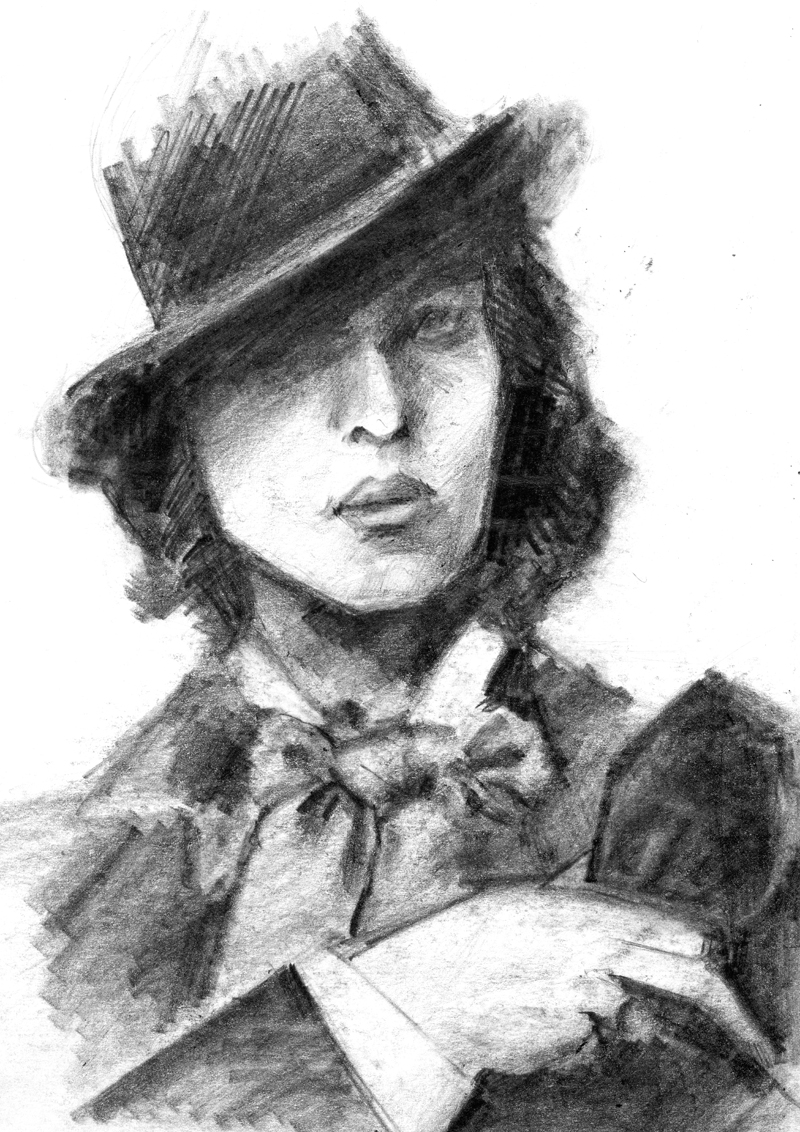 It’s a real pleasure for us to showcase the work of young writers who love language. Here Isobel Smith, a Year 12 pupil at King Edward’s School in Bath who is studying English Language and Literature, has written this review of Oscar Wilde’s The Picture of Dorian Gray.

Good literature lasts a decade, but great literature stands the test of time. The Picture of Dorian Gray was recommended to me as a classic work of literature, and after reading it, I can now confirm that it is in fact a great piece of writing. The protagonist embodies the doctrine of aestheticism, the belief that art has no purpose other than purely beauty.

Oscar Wilde’s novel illustrates so intricately that the ‘age of the celebrity’ has been a common thread running throughout history, and it is not a new concept. As I was reading the novel, I could imagine it taking place in the modern day. Dorian Gray is a timeless character, his fate the blueprint for people who chose self-satisfaction. The pertinence of the novel is part of the reason why I’ve chosen to do a review on The Picture of Dorian Gray – it can be picked up at any point in history and would still be thoroughly enjoyed.

The novel depicts an impressionable young man who flippantly sells his soul for eternal youth. Neglecting the true pleasures of life to live a corrupt one instead, Dorian destroys the portrait out of remorse for his crimes. Although, ironically, he kills himself in the process.

Dorian Gray’s portrait is the key symbol in the novel. Dorian Gray sacrifices his soul’s morality for eternal youth and beauty. His strong narcissism can only have detrimental consequences, which become obvious as you read the novel. Gray’s portrait presents the moral implications of his hedonism and his alarmingly dissolute behaviour. The portrait bears the burden of his shame, whilst Dorian remains handsome and youthful. At the beginning of the novel, Gray is depicted as an innocent man but grows susceptible to Lord Henry’s unscrupulousness. Lord Henry is a languid, idle man who ‘knows the price of everything and the value of nothing’, and his intellectual ramblings change Dorian’s mind about his own ideologies. Lord Henry warns Dorian Gray that his beauty will fade – influencing Dorian to exclaim that he would sell his soul for the painting to age while he remains youthful.

Dorian Gray is a timeless character, his fate the blueprint for people who choose self-satisfaction

I find this novel so interesting due to the crucial significance of the themes that remain prevalent in the 21st century: beauty and vanity in relation to morality. Oscar Wilde’s criticism of the doctrine of aestheticism is evident throughout the novel, transgressing past the idea that art is art only decorative by including complex characters. Oscar Wilde said of the novel: “Basil Hallward is what I think I am: Lord Henry what the world thinks me: Dorian what I would like to be – in other ages perhaps”. By relating each character to versions of himself, it helps to portray the characters (and humanity) as a cyclical pattern that’s relevance is preserved from the contemporary reader to the modern reader.

As a teenager in the 21st century, I became sensitive to the comparable points from the plot with the current day. Among the rise of social media, influencers have the power to show the perfect ‘portrait’ of themselves. Likewise, Dorian hides his true portrait and masks his immorality and insecurity to remain beautiful in his youth. Dorian Gray’s portrait displays new physical imperfections every time he commits a dangerous action, nowadays this is similar to digital footprints. Individuals now are finding their reputations ruined due to posts on social media from their teenage years. Ultimately, we can alter our appearances, deceiving those around us to appear as the platonic version of ourselves. However, the expected answer remains the same – it is not worth it. The final impression left on the reader is: would you give away everything to appear a certain way? As I said before, this has, and will be a recurring question through literature and culture. Therefore, the novel will always have lasting relevance and artistic merit.

Find The Picture of Dorian Gray, by Oscar Wilde, in one of Bath’s independent bookshops: toppingbooks.co.uk; mrbsemporium.com