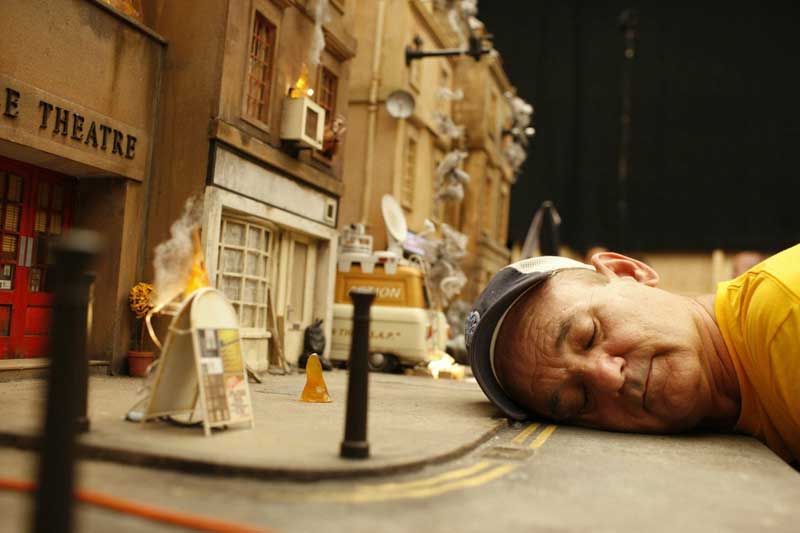 Why do the arts matter?

Why indeed? Never is this question more pertinent than now, as our local arts venues and institutions struggle against the seismic impact of a pandemic on their creative operations and their profits. Gerie Herbert of BRLSI debates the power of art with intellectual vigour, and a bit of help from poet John Donne.

BRLSI recently released a digital recording of a poem by John Donne, The Canonization. Born in 1572, what could this long-spent poet and former Dean of St Paul’s possibly have to communicate to a secular and troubled society over 400 years later? Plenty actually; no single poetic voice over the last few years of social and political upheaval has been quoted with greater regularity.

For Whom the Bell Tolls with its infamous line ‘No Man is an Island’ and theme of human interconnectedness was the signature polemic for the pro-European cause, and even featured during a mainstage appearance at Glastonbury. Later, as the bell appeared to toll faintly for us all, it became imbued with greater significance. The wisdom of a poet extolling the virtues of assimilating a sense of one’s own mortality resonated and reminded us why even when ‘bread’ is scarce, we should not neglect our inward ‘roses.’

That’s the power of art, the power of voices transcribing feelings we struggle to articulate ourselves; art is the ghost of someone who has been through it all but managed to commit their emotion to paper, and humans turning to the arts in times of crisis or joy, whether those crises be personal or political enforces just how central to our sense of core well-being creativity is.

That’s the power of art, the power of voices transcribing feelings we struggle to articulate ourselves; art is the ghost of someone who has been through it all but managed to commit their emotion to paper

Bath is a city endowed with a plethora of cultural riches. Its galleries draw audiences for exhibitions as diverse as Grayson Perry and Brueghel, its Little Theatre has been immortalised in a film by no greater cineaste than Wes Anderson, its Theatre Royal delivers performances from actors as celebrated as Vanessa Redgrave and Rupert Everett, and BRLSI delivers world-class lectures from intellectuals like John Gray and Hermione Lee. Bath’s historical reputation as the cradle of English geology means it houses a natural history collection of world renown, and the city attracted some of the greatest writers known including Wordsworth, Mary Shelley and Jane Austen. Art is central to the way Bath experiences itself and both the city’s vibrancy and economy are bolstered by the museums, arts institutions, and creative industries it has fostered.

There are presently manifold discussions to be held about the future of the arts; while all cultural institutions sense their fragility and many communities feel excluded from the wider cultural conversation, it would be easy to get downhearted. Yet this is a moment for collective optimism, and not just because of the newly announced rescue packages, but because while Bath’s creative institutions may reconfigure how they operate, the public desire for creativity deepens. We might be struggling to monetise theatre online or live lectures, but people are watching them, and we might have our head in our hands about how we move traffic through museums, but there is little doubt people want to engage with culture – this is why the arts will not only recover but resurge with greater vigour.

The course of great art never did run smooth and though there is a requisite baseline of availability of public libraries, basic literacy and art materials that each potential artist requires access to in order to thrive, adversity generally begets more culture than it suppresses. This strange interlude in the normal course of things will more likely be a gestation period for some of the greatest art and thought ever committed rather than the death of them – for if art and thought rely on anything they rely on the space to be idle and an uncomfortable conversation to be had.

The most curious thing about art, and the rather fragile emotional ecosystem that engenders it, is that it is entirely unpredictable; it can no more guaranteed by a thriving economy than it can destroyed by a lockdown. James Baldwin did not purchase the talent and sensitivity he was born with; and George Orwell felt compassion for the poor despite going to Eton. Talent is naturally democratic and thrives on challenge. As I write there are first-time artists picking up a paintbrush through the tedium of boredom and teenagers plugging in an eight-track. Such is the way of things!

The most curious thing about art, and the rather fragile emotional ecosystem that engenders it, is that it is entirely unpredictable; it can no more guaranteed by a thriving economy than it can destroyed by a lockdown

Yet making art and housing it are two distinct matters and that is where Donne’s interconnectedness re-emerges. To paraphrase Donne badly, if an individual museum be lost then Bath is the less. BRLSI is fortunate to have a digital platform in use at this time and we invite museums and arts institutions to please make use of it for their own creative purposes. Museums must work together to negotiate this challenging time not just intact, but emboldened. No man is an island and no museum should be either.