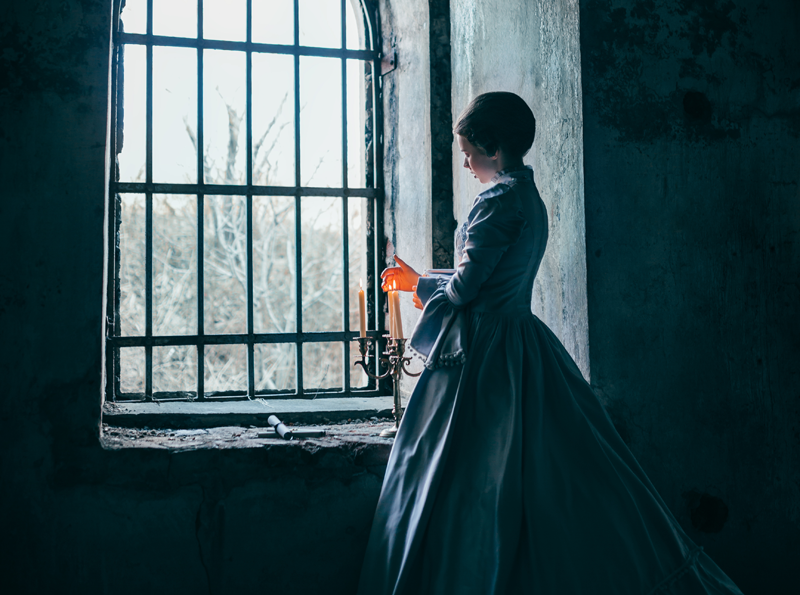 In a city with a history like Bath, it’s not surprising that there might be a few spooky encounters here and there… Historian Catherine Pitt takes a look at recent ghost sightings in Bath – and asks, can we really see dead people? Whether or not you’re a believer, these terrifying tales will get you thinking the next time you walk past some of these familiar buildings.

The five-star Gainsborough Bath Spa Hotel is sited over three Grade II listed buildings, two of which date to the 1800s. Previously housing the United Hospital, and then becoming Bath Technical College, the hotel has a rich history. It seems that when the site was under development it was more than just a Roman mosaic pavement and the Bath Hoard of silver coins that were disturbed.

During the construction period of the hotel, the site only had two exit and entrance points – at Beau Street and on Lower Borough Walls. At night the area was patrolled by two security guards contracted in from outside the city. One evening the guards were undertaking their separate patrols of the building when one urgently radioed the other. One of the guards had spotted an intruder in the basement, walking along a tunnel, dressed in what was probably fancy dress – a helmet, leather tunic and boots, plus a sword. A student perhaps on a night out, or a lost reveller from a stag party?

The guards went to check that the site was secure and once they had confirmed that no one had broken in and both doors were still locked, the guards met up and went back down to the tunnel to investigate further. There was nowhere the man could go, he had to be on site. They continued looking but to no avail.

In the morning the guards recounted their story to the site contractors. The guard who had seen the man described to everyone the intruder’s appearance. Everyone agreed that it tallied with the costume of a Roman soldier. The discovery of the coin hoard, and the Roman mosaic, confirms that the hotel lies within part of the Roman city. In fact the tunnel where the man was seen is at what is believed to be the street level of Roman Bath.

Whoever, or whatever, was down in the tunnel that night has not, to anyone’s knowledge, re-appeared. We’d like to think that it was simply the spirit of a Roman soldier having one last quiet walk around before the hotel opened to the public.

This building is reputed to be the oldest surviving Elizabethan house in Bath, dating to around the 1560s when it was built for the Bath MP, Edward Clarke (although damaged in the Second World War, the house was restored). It was later acquired by Dr Robert Baker in 1590 for housing wealthy patients seeking a cure at the springs; and by the 17th century it was the home of Sir Edward Hungerford. Today Abbey Church House contains offices, storage space and accommodation; although beneath the building lie the remains of a 12th century leper hospital. With such a long history it is unsurprisingly believed to be haunted.

Those that work in the ground floor offices often report cold spots appearing and disappearing through the day. The office lights also frequently go on and off with no rational explanation and despite checking by electricians. There have been many independent reports from staff and outside contractors, who have been in the building and experienced feelings of not being alone when they are the only (alive) person inside.

The most frightening experience, however, occurred around the time that work was going on opposite Bath College. Many workmen were housed in the city so they could be near the site. One engineer working on the project was given an attic room in Abbey Church House but he didn’t stay for long. One morning he emerged from his room terrified and relayed to his colleagues that he was woken in the middle of the night to find a woman’s face staring at him from above.

Petrified, he said it felt she was actually sitting on his chest and he was unable to move. As he lay there he watched the figure gradually disappear. He refused to stay another night in Abbey Church House, as did some of the other contractors on hearing this tale. Who was the mysterious woman and is she responsible also for the cold spots and electrical faults?

Perhaps she was a leper seeking a cure, or maybe one of Dr Baker’s wealthy clients; or maybe simply a figment of the imagination.

Much loved, and much visited, the Assembly Rooms built in 1769, house not only beautiful Georgian rooms of entertainment that royalty and fashionable Bath society enjoyed; but today they also contain the important collections of The Fashion Museum. Having once worked in this building, I have talked to security guards and colleagues who revealed a number of spooky sightings and many unexplained occurrences over the years.

A ghostly figure of a stately lady in her Georgian finery has been spotted on many occasions floating serenely between the Tea Room and the Ballroom, as she would have done 300 years ago. On another occasion a white lady, perhaps the same one, passed directly through a terrified security guard on the narrow staircase that leads up to the Octagon Room’s Minstrels’ Gallery. He was to coin a phrase – as white as a ghost – when he eventually made it downstairs again.

One night when cleaning the museum one of my colleagues found he couldn’t complete his vacuuming in the central exhibition gallery as the plug kept being pulled out of the wall socket for no reason – despite ensuring he had plenty of cable out. He became so afraid that he had to leave it and run upstairs. Although one could argue this was a good excuse to get out of the housekeeping!

However the most frightening experience reported here was what occurred in what had been a ticket office, near the main entrance to the Assembly Rooms. Here security guards could relax at night when not patrolling the building. The office had one window out on to the street, and one internal window that looked out on to a corridor.

It was here in the early hours of one morning that a security guard was sitting quietly when he felt as if he was being watched. He looked outside but no one was there. He turned to the internal window and there was the disembodied head of a man staring at him from the corridor. Fear rooted the guard to his spot and he quickly radioed for assistance. When his colleague arrived confirming there was no one else in the building except the two of them, the guard who had seen the head promptly quit, never to return. Built as an architectural folly by the wealthy and eccentric William Beckford atop Lansdown Hill in 1827, the Tower was once Beckford’s private retreat and library; but is now a museum.

Lansdown Cemetery adjoins the site, but burials only began here after Beckford’s death in 1844. Beckford’s body was moved from the Bath Abbey Cemetery in 1848 and buried here in his own self-designed pink granite tomb overlooked by the tower he loved. It is unsurprising really that it is said that his ghost is sighted walking the cemetery at night.

The tower not only houses a museum but also rental accommodation. Past guests have recorded in the visitors book of seeing a ghostly spaniel sniffing around the graveyard. This is believed to be Beckford’s pet dog, Tiny, who was once buried here. Now its remains have been removed it is said it still haunts the area where it once was buried.

The abbey and surrounding area is a hot spot for tourists during the daytime but during the evening it’s a lovely area to wander around. You’re usually alone albeit with a few people hurridly heading between bars or home via the abbey precinct, so night is the perfect time to get a great shot of the abbey all lit up.

The building you see today is the third incarnation of this holy place of worship. Originally built as an Anglo-Saxon monastery in 757AD, the Normans replaced these buildings with their own magnificent abbey and monastery. Today’s abbey would fit comfortably within the nave of the Norman church if it still existed. This huge complex of monastic buildings was pretty neglected by the 15th century, which is when Bishop Oliver King’s vision of a new abbey kickstarted the building of the church we see today.

Although the Dissolution of the Monasteries in the 1530s under King Henry VIII saw the closure of the Monastery, his daughter, Queen Elizabeth I rescued the abbey and the building project continued into the 17th century. There have long been rumours of monks said to haunt the precinct and courtyard around the abbey, where once the cloisters, refectory and other monastic buildings stood, an amateur photographer believes he is the first to capture a confirmed sighting.

In August 2005 Russell Cribbs was heading home when he paused to take a photograph outside the abbey doors. It was 9.53pm according to his phone and with the abbey lit up he thought it would make a great picture. He waited until the few people who were milling around had moved on and then took his picture.

About half an hour later he arrived home and decided to take a look at it. Sadly he realised that he had taken it in a hurry and that it was blurred, however he suddenly spotted in the centre of the photo, in front of the abbey doors there was a dark figure that was certainly not there when he took the picture. Looking closer he realised he could see no shadow and that it looked very much like a figure in a cowled long coak – almost like a monk’s habit.

He knew there was no one there when he took the picture as he had made sure that everyone had moved on before he took it. So who was this person and where had they appeared from? Is this proof that the monks of Bath Abbey still haunt the area to this day or was it simply a person who ran into shot? We’ll let you decide for yourself. There is a fairly grainy shot online at: flickr.com.