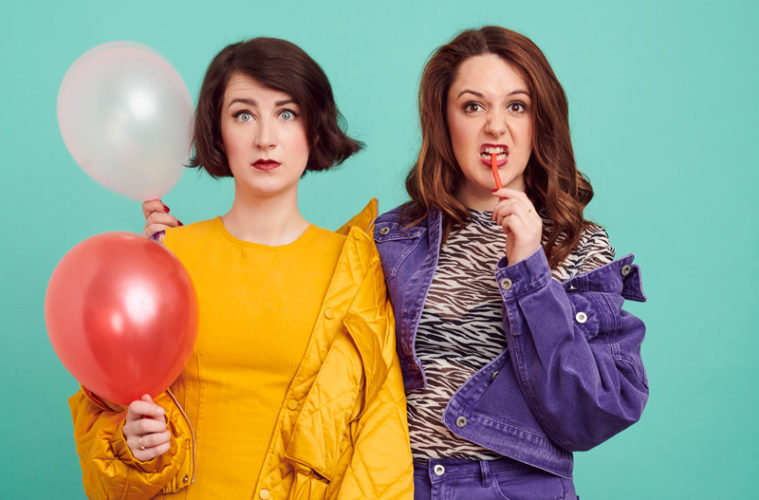 Lockdown has locked down the plans of so many artists, including comedy duo Stiff and Kitsch. They were set to bring their Edinburgh Fringe sellout show Bricking It to The Rondo in April as part of Bath’s Comedy Festival, but due to the ongoing Coronavirus outbreak, the event was postponed and the duo will now be returning to the city on 12 November.

Stiff and Kitsch, consisting of Bath-local Rhiannon Neads and Irish musical theatre singer Sally O’Leary – alongside their long-time writing partner James Taylor – wrote their new song We’re Unstoppable to raise money for two incredible mental health charities in the UK and Ireland – Mind (UK) and Pieta (Ireland). Both charities are currently in need of extra funds as they continue to battle the strain that the Covid-19 crisis has placed upon their services. The project for the trio was a creative response to the feeling of helplessness that many artists have experienced since the UK went into Lockdown in March, with projects unavoidably cut short or cancelled altogether.

The trio teamed up with a host of West End stars including Marisha Wallace (Waitress, Dreamgirls), Evelyn Hoskins (Waitress, Sound of Music Live), Kayleigh McKnight (Tina the Musical, Hugh Jackman World Tour) and Claire O’Leary (Les Miserables), as well as a number of recent drama school graduates from the likes of Urdang, LAMDA and Drama Studio London, who responded to an open call after their studies were cut short. Together, over 40 artists recorded a show-stopping performance from their homes, creating unity in separation.

Rhiannon Neads was born and raised in Somerset and attended The Royal High School before pursuing a career in musical theatre. She returned to the west country before lockdown began in March, where she was inspired to write the powerful song.

Rhiannon said: “We wanted to write something hopeful about the power of living in the moment – a sentiment which has wider reaching meaning than for our industry alone.”

Listen to We’re Unstoppable below and donate to the JustGiving page if you can – justgiving.com/crowdfunding/wereunstoppable

Read more about the charities’ work at mind.org.uk and pieta.ie