Trailfinders: Canada in the raw

Canada is the world’s second largest country and yet its land is sparsely populated and dominated by forests, tundra and breathtaking natural wonders. This makes it a spectacular destination all year round – here are the reasons why

There is no doubt that Canada is the ultimate year-round destination. The country’s seasonal delights include bear-spotting in summer and skating on the naturally frozen ice rinks in winter. There is also a host of dramatic landscape scenes – the astounding views range from the rib-shaking thunder of Niagara Falls to the emerald lakes and snow-capped mountains of the Rockies’ national parks.

The cities, too, are defined by the awe-inspiring landscape. Vancouver is nestled between the North Shore Mountains and the Pacific Ocean and Toronto’s expansive waterfront on the northwestern shore of Lake Ontario showcases the magical city skyline. In Montreal, you can enjoy the breathtaking views of the gleaming riverside city from the top of the prominent three-head hill of Mount Royal, after which the city is named.

To demonstrate the potential of this year-round destination, here is a rundown of some of the attractions of each season. 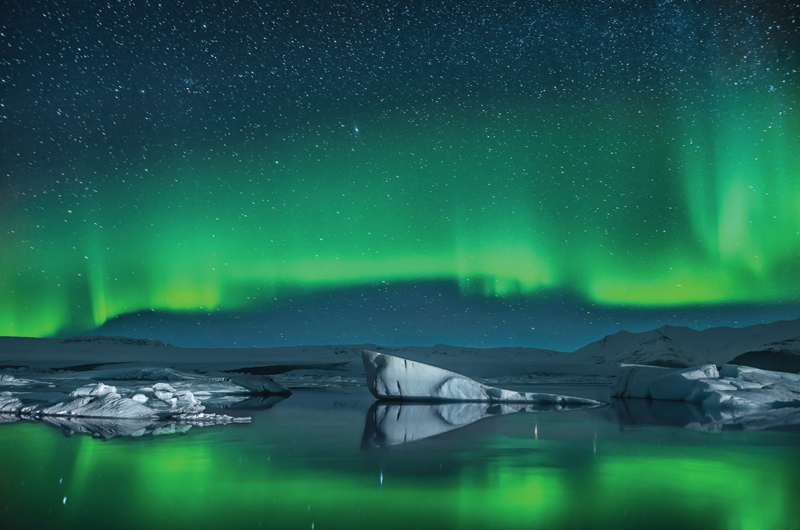 The winter season in Canada brings bustling festivals and outdoor activities ranging from snowmobiling to dog sledding and one-of-a-kind accommodation in majestic ice hotels. Head west to the legendary town of Whistler in British Columbia to enjoy exhilarating skiing in the spectacular ski resorts of the Canadian Rockies or east to the charming village of Mont-Tremblant in Quebec which will see the village roofs dusted with snow.

Winter festivals to visit include Quebec City’s Winter Carnival, including the night-time and daytime parades led by mascot Bonhomme Carnaval. You can also skate the Rideau Canal in Ottawa – the world’s largest naturally frozen ice rink – during the Winterlude. You’ll discover an enchanting festive atmosphere by visiting the Banff National Park during its Snow Days event, which features massive snow sculptures in the city. Banff also hosts the Ice Magic Festival on Lake Louise, when talented artists create incredible ice sculptures. The winter is also a wonderful time to catch the uplifting experience of the Northern Lights, with ribbons of greens, pinks and blues dazzling the night sky in Yukon in north west Canada.

As the country throws off its snowy cape and the temperatures rise as spring arrives, Canada bursts into life and colour. Vancouver’s Cherry Blossom Festival is a spectacular time to visit the city where you’ll see over 45,000 cherry trees bursting into bloom. Ottawa’s tulip festival is even more colourful with over a million bulbs, gifts from grateful Dutch people for sheltering their royal family during the Second World War. Over in Nova Scotia’s Bay of Fundy, orchards are ablaze with colour during the Apple Blossom Festival and it’s also a wonderful time to catch icebergs sailing down ‘Iceberg Alley’ off the coast of Newfoundland. 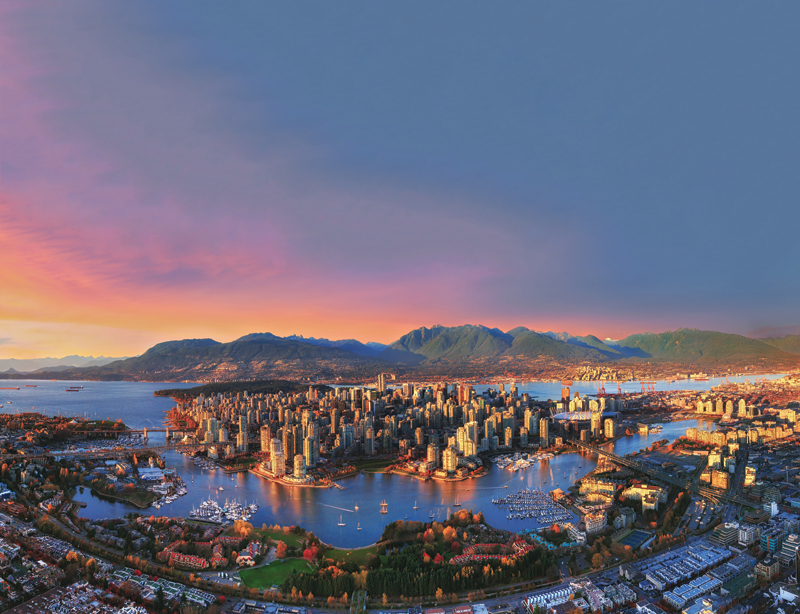 With its extended, warm sunny days, summer is the season to make the most of the full range of Canada’s outdoor activities. These might include hiking mountain trails in the Rockies, white-water rafting in the Yukon, kayaking in the Laurentian Mountains in southern Quebec or surfing on Vancouver Island.

The cities are also delightful in this season, so choose to soak up the sun in Vancouver with its eight beaches or watch the world go by from Montreal’s café patios. Head to Calgary in July and the whole city goes cowboy crazy during the rodeo festival, the Calgary Stampede. The summer is also the time to spot bears foraging for berries and to catch huge pods of Beluga whales congregating in Hudson Bay in north eastern Canada. 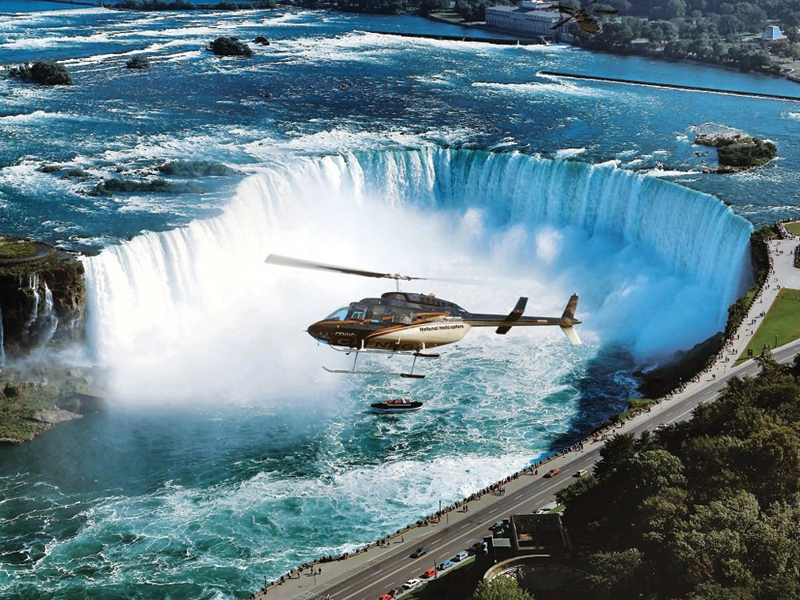 The autumn brings blazing autumnal colours to Ontario, Quebec and the Maritimes in eastern Canada. This is a rewarding time for wildlife spotting, too. Salmon surge in huge numbers up the rivers of the Pacific Coast, with orca (killer whales) taking advantage of the offshore waters. You’ll also find bears congregating on the river banks of British Columbia. Over on the east coast, September and October are the months to spot humpback and blue whales in the St Lawrence River and polar bears come to play in the arctic town of Churchill in the north.

• Whale Watch Tour – the waters around Vancouver Island are home to orcas, porpoises, seals and whales. After a seaplane flight, take a three-hour cruise in search of these creatures.

• Whistler Dogsled Tour – join your musher (dog sled driver) on a thrilling dogsledding tour. Learn to harness the dogs, master the commands and drive your own team.

• Hotel de Glace, Quebec – reconstructed each year from ice and snow, this hotel is an ethereal work of art. The ice rooms are cosy and you’ll be treated to outdoor spas, hot tubs and saunas set beneath the stars.