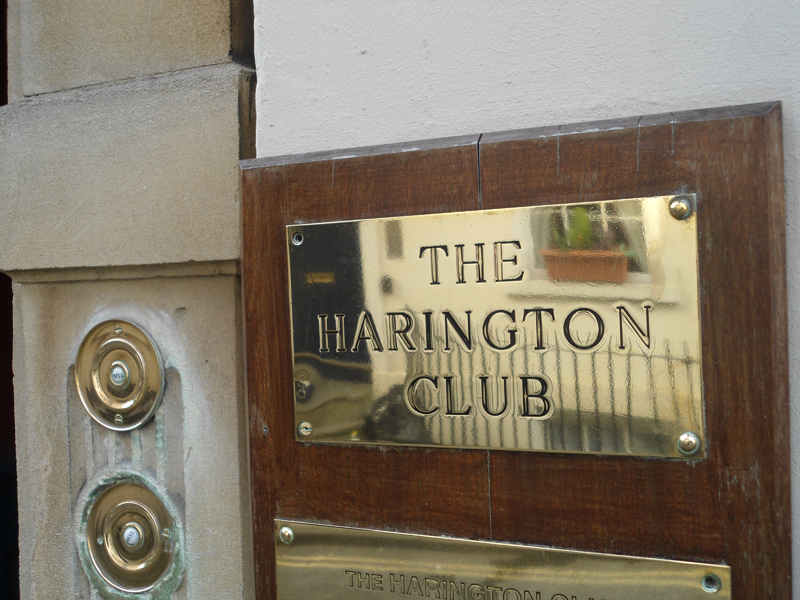 A sense of belonging is an inherent desire of human nature, whether that means being included in a meeting at work, a party with friends, or in a conversation on Twitter.

In the early 18th century, being a selected member of a private group was seen as unattainable by most, desired by many and obtained by an exclusive few. Most private groups or clubs were affiliated to public schools, social status, or the military. The only place that was different was the coffee house – although male-only, it did not discriminate by wealth, occupation, or status. However, as coffee drinking began to wane in popularity, the coffee house owners had to think of a way to keep themselves in business.

Out of the coffee houses of 18th century England sprang exclusive members-only gentlemen’s clubs. By charging their customers membership fees, as well as selecting members on strict rules of eligibility, these new clubs created their own exclusivity and made themselves desirable places to be.

Like many provincial cities, Bath followed the trends of the capital, and by the late 18th century the coffee houses of Morgan’s in the Orange Grove, and Parade Coffee House on North Parade were beginning to be replaced by these new exclusive establishments.

Soon there were clubs for sport, music, politics, and religious views, as well as social clubs for more leisurely pursuits. By 1935 there were 22 clubs in the city, seven of which were considered gentlemen only social clubs.

Today in Bath there remain just two of these once gentlemen-only social establishments – the Bath and County Club on Queen’s Parade; and the Harington Club in Harington Place. As in the past, to become a member one has to be recommended by either one or two other members; a meeting is arranged to assess your suitability, and then you pay an annual membership fee to use the club facilities. If you do not know any members then you can simply contact the secretary to arrange a meeting.

Today the clubs are less about exclusivity and more about inclusivity. Both clubs accept women as full members; plus you don’t have to be of military background, have a specific job, or be of a certain social status to join, as were once conditions in the past.

Bath’s first recorded private members club was The York Club, founded in 1790. Initially, in 1769, it began as a coffee room in what became The Royal York Hotel (today a Travelodge), but growing in a few years to become an exclusive gentlemen’s club. In 1841 it was joined by The New Club at Edgar Buildings.

In 1858 seven gentlemen of The York Club decided that Bath deserved a club “nearer to the standard of a London club” and proposed the formation of such a place in Queen Square. On 14 April 1858 a new club was born – The Bath and County Club, and almost with immediate effect The York Club was amalgamated within it. It was a few more years until The New Club joined its folds.

The Bath and County Club took up the premises of No 21 Queen Square, expanding over the 19th century into No 22 Queen Square. Members were waited on by staff in official livery – an Oxford grey coat and trousers, scarlet waistcoat and club buttons. However, after years of poor management the club was left in dire straits financially and so in the 1980s the decision was taken to sell up and move around the corner into Queen’s Parade where the club remains today.

Over in Harington Place, at what had once been the site of 14th century stables used by Sir John Harington of Kelston during the Battle of Lansdown in 1643, a private members’ club was founded in 1874, but named initially as The People’s Club and Institute Ltd.

Around 1890 it was voted by members to change the name to reflect the history of the building and in honour of former resident Dr Henry Harington, Mayor of Bath (1793).

As a social club these places provided leisurely pursuits for members – such as skittles, billiards or bridge; plus facilities for relaxing quietly, reading, and writing. The Harington still has a spacious snooker hall, its members cues neatly lined up in their cases ready for the next game. There is also a reading room where shelves neatly lined with yellow Wisden Cricketers’ Almanack, reflect the members’ interests.

In those far-off days gambling in the clubs was not uncommon especially since it was illegal outside of members-only establishments in the 19th century. In contrast to the strict licensing laws of public houses and restaurants in the 19th and early 20th centuries, an added appeal was the fact that refreshments were available at any hour of the day too.

From a dictionary of the English language by Dr Samuel Johnson, 1775

Smoking rooms were also a common feature up until the smoking ban of 2007. Some of the clubs also provided accommodation, as was the requisite of most London clubs; however neither club today provides this facility, although members, and affiliates, enjoy preferential rates at nearby hotels.

Although these establishments were deemed gentlemen’s clubs it appears that behaviour of members were not always so gentlemanly. During the 19th century The Bath and County Club committee had to deal with complaints of bad language in the backgammon room, accusations of short-measures at the bar, an almost weekly repair of the billiard table baize, and fine of the member responsible; plus accusations in 1859 by a local paper of being a “pugilistic club” after a fracas between members in the billiard room was leaked.

One anonymous Major-General seems to appear almost monthly in the minutes for the whole of the 1880s, persistently complaining. Another club member resigned in 1889 after becoming irritated at no-one wanting to play billiards with him. In his anger he called them “white-livered curs” and other obscenities then threw whisky in their faces.

Over at the Harington Club similar tales can be told; as well as scandals that reached the papers such as the bigamy of one ex-manager of the club in 1929, and the sad tale of the suicide of a member who shot himself in the skittle alley in 1935.

Women were for the duration of the 19th century, and most of the 20th century, omitted from membership of these clubs; though not occasional admittance when invited to special organised events within. Despite the mysteries shrouding these clubs, the women of Bath were not ones to miss out. There are records of a Bath and County Ladies Club (formed in 1896) at 35 Milsom Street. It was, to begin with, just like the Bath gentlemen’s clubs, a home away from home: “for the convenience of ladies living in the country who would like some place to rest, wait or see their friends.”

By 1944 this club had moved to Queen Square and had become the Bath Business and Professional Women’s Club with inspiring speakers addressing members, such as Phyllis Deakin, one of the first accredited women war correspondents.

Neither the First nor Second World War seems to have affected the private members clubs much, except in membership numbers. In 1914 the Bath and County Club discussed extending membership admittance to some of the officers billeted with their battalions in the city, while both the Harington Club and Bath and County Club advertised heavily in both world wars for staff as more and more of their employees were called up to fight, suggesting a struggle to remain consistent in their offerings.

In 2016 membership numbers of both The Bath and County, and The Harington, have seen a decline since the heady days of 300 plus in the 19th century, yet both clubs still have more than 150 members respectively.

Some people may argue there is no place for these establishments in our modern world, yet their quiet and hidden presence belies the activities that occur behind their closed doors and their importance to this city.

Today you no longer have to be a member to hire out their facilities –whether for a wedding, a party, a conference or simply a meeting. Although the clubs still provide a respite from the busy city outside, they also embrace the modern world with free wi-fi, and you’ll even find them on social media.

Both The Bath and County and Harington Club host events and provide catering for many of the other associations and clubs of the city – including the twinning associations and Bath Boules. Networking events and media meet-ups, as well as university lectures, local business interviews and training events have taken place within both clubs’ walls.

The Harington Club boasts of an award winning snooker and skittles league with some of the finest facilities in Bath at members’ disposal; while the Bath and County Club hosts celebratory dinners, talks, and musical evenings.

By embracing the modern world these clubs welcome new members and club users with open arms. So, step inside these Bath great institutions and find out what they can offer you.