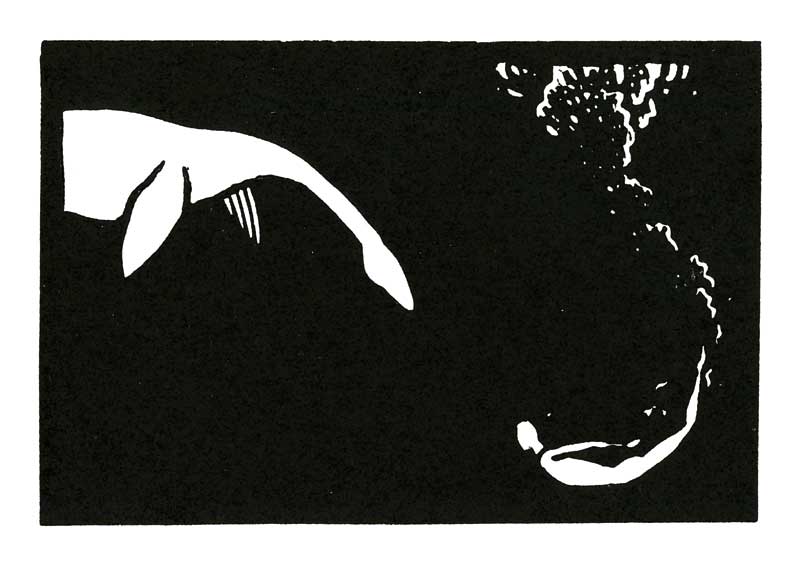 The stories of old: an interview with author Amy Jeffs

In her debut book, Amy Jeffs reimagines the myths of Britain that once served a more profound purpose in ancient cultures. Millie Bruce-Watt escapes through the mists of time to discover a world steeped in magic and mystery.

Amy Jeffs’ book, Storyland, has captivated the hearts of readers across the nation. Steeped in magic and mystery and grounded in meticulous research in manuscripts and our ancient landscape, Amy’s mythical world is movingly articulated.

Set between the Creation and Noah’s Flood and embellished with a series of linocut illustrations, Storyland reimagines the myths of Britain through a modern lens. Remembering legends including Bladud of Bath, Merlin in Stonehenge and Joseph of Arimathea in Glastonbury, Amy pays close attention to the weight these characters once carried in our societies; how they still speak to the modern world; and through themes of belonging and homeland, how compellingly consistent we are as human beings in our fundamental desires. As I sat down with the author, printmaker and art historian this month, it was a delight to slip away through the mists of time.

Having studied Anglo-Saxon, Norse and Celtic at Cambridge University, before completing an MA at the Courtauld Institute of Art and gaining a PhD in Art History from Corpus Christi College, Amy has a wealth of knowledge in medieval art and literature; one that she is effortlessly able to access when reciting lines at length.

“It was as I was studying Britain’s medieval origin myth, the Brut, and completing my thesis for my PhD that I came across so many things that made my heart leap,” Amy tells me. “They weren’t necessarily of deep academic interest but I felt that not enough people appreciated the hilarity and drama and beauty of these origin myths of Britain.”

As we visit every corner of the nation from Orkney to Cornwall, from Snowdon to Stonehenge, Amy creatively peers through the eyes of characters who have only ever been given supporting roles, allowing us as readers to appreciate the stories from a different perspective. In a commentary that follows each retelling, Amy expands on the historical references and hidden meanings buried within the original source materials – a fascinating and much-welcome addition to the book.

“Many of these stories were really dominant in Britain until the mid-16th century when we would see more modern techniques of historical inquiry take over and tales of goddesses and giants fall by the wayside slightly, but some of these stories were taken so seriously that they really did inform political decision-making.

I talk about Bath in a great pool of mist and that mistiness – the hot waters, the steam, the cloud, the valley – is just so chillingly beautiful

“I think when we forget the histories we once believed, we can’t appreciate the motivations that led to events and decisions that had a real material impact on the future. Just because we no longer believe in giants and goddesses doesn’t mean we should dismiss them as whimsy.”

Where it began
Storyland is adorned with intricate linocut artwork, created by Amy herself, who only took up the art form in recent years. Under the guidance of Chris Pig of The Black Pig Printmaking Studio in Frome – and inspired by the manuscripts that she was living and breathing at the time of her PhD – Amy started to create illustrations for each story. From there, Storyland grew into a book.

“A desire to share the stories and get people excited about them was the beginning of it all. I was fascinated by how the illustrations in the Brut legend followed the narrative action but they were very concise illustrations and communicated so many elements of an episode so efficiently. I really enjoyed that challenge of persuading people through pictures that these were stories to pay attention to and to enjoy.”

The legends of Bath
Most interestingly to us in Bath, Amy retells the ancient story of Bladud of Bath – a legendary king of the Britons. Supposedly, he ruled for 20 years several hundred centuries BC, and is credited as the architect of Bath, channelling the hot springs by the use of magic and building temples dedicated to the goddess Minerva. Practising necromancy and communicating with the dead, he was a genius, a magician and respected by all

“One interesting thing about Bladud is the resemblance between the story of Icarus and Daedalus. Bladud commits the same crime of desiring to fly – to achieve the ultimate,” Amy hints. “And just as Daedalus is in some ways punished to achieve human flight, there is a punishment in store for Bladud.”

What is most remarkable about Amy’s reimagining of this particular story is that it is depicted through the eyes of Bladud’s son, Prince Leir – Shakespeare’s King Lear – which adds another layer of complexity to the narrative as we think about what and who ‘Leir’ became in later life.

“I suppose with choosing to tell it through the eyes of Prince Leir – I was interested in what parental pride looks like through the eyes of a child because, of course, children trust and believe their parents, and so maybe there is a disjunct between what Leir sees and what the reader sees.

“I was also interested in how you might extrapolate from that something of his behaviour – thinking how that childhood trauma might have impacted his actions as an adult and his own approach to parenting.”
Beyond Bladud, Bath itself provided Amy with the inspiration to create this world of mythical wonders. “When I imagine the world of Storyland, it’s a misty one in the sense that it is in the mists of time. At one point in the commentary I talk about Bath in a great pool of mist and that mistiness – the hot waters, the steam, the cloud, the valley – is just so chillingly beautiful and sometimes you can hardly tell that there is a city there at all. There are places in Storyland that when I visited them, I thought ‘I’m so not surprised that this was a setting for a story, for a marvellous event’ in the same way you look at Bath on an autumn morning and you think ‘yeah, I get it’.”

Themes of parenthood, homeland, migration, defiance, love and loss are woven through the book from the outset and it is lost on neither the writer nor the reader that these issues are ones that we still grapple with today in modern society. Despite technology now pervading every moment of our waking lives, Storyland points out that the human quest for true belonging and meaning is an eternal journey; one that will always tether us to our past and our future.

The power of music
A life-long lover of music, Amy turned to the medium in an attempt to help her complete the final stages of illustrating the book. Through song-writing, she hoped to find the emotion in each story so that her illustrations would become a motif, comprehensively depicting the overall plot line in one piece. “Coming to the end of illustrating Storyland I was feeling myself getting complacent in producing the images. When I started off, there was this adrenaline to it and it was fading as I got 45 illustrations in and having to do a lot of other things at the same time. And then one day I sat down at the piano and I thought, ‘well maybe I could think through some of the emotions in the scene that I’ve got to illustrate by coming up with songs about them’, so I wrote several songs – five of which we have put as an EP on Spotify – they’re called Songs for Albion.”

With her musical creations equally as enchanting as her other work, there is no doubt that Amy is a multi-talented artist and author with plenty more to come.

Ultimately, Amy’s retellings open up a remarkable world brimming with wondrous tales of giants, legends and magical myths; one that is hard to put down and ever-enthralling to explore.

Featured image: titled Columba and the Ness, Amy Jeffs looks back at the earliest written reference to a monster in Loch Ness