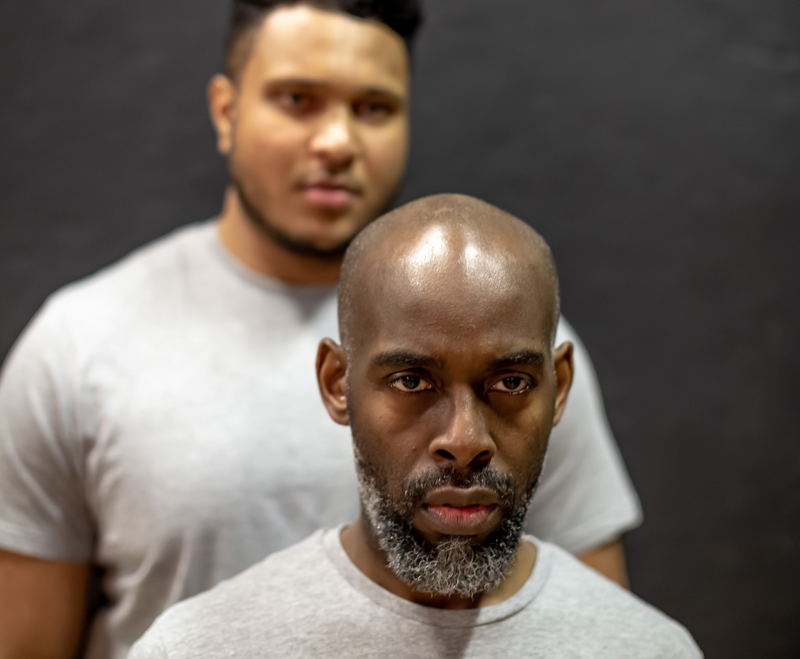 The Rondo Theatre: The Long Walk Back

In 2008 cricketer Chris Lewis attempted to smuggle £140,000 worth of cocaine through Gatwick Airport, and was sentenced to 13 years in prison. A new play by Dougie Blaxland charts the extraordinary journey that took Lewis from a hard-hitting fall from grace to a profound recognition of his mistakes. Melissa Blease talks to director Shane Morgan

We are human beings. We are fallible, we are vulnerable, and we are absurd; therefore, we will always make mistakes. What we need to learn to do is try and figure out how to move on from those mistakes.”

The mistakes that Roughhouse Theatre director Shane Morgan is referring to in this instance aren’t his own. But the very fact that he can empathise so strongly with the absurdity that forms the basis of the human condition is at the very heart of why The Long Walk Back – a Roughhouse/Live Wire Theatre production that pitstops at the Rondo Theatre in Bath on 17 April as part of a national tour – has such a powerful message for all of us.

Written by award-winning playwright Dougie Blaxland, The Long Walk Back focuses on the trials and tribulations of former England cricketer and international sporting superstar Chris Lewis. In the 1990s, Lewis enjoyed a meteoric rise to fame and fortune; in 1994, he was named International Cricketer of the Year. But in 2008, within months of his cricketing career ending, he was arrested at Gatwick Airport for smuggling cocaine with a street value of over £140,000 into the UK.

Lewis was released from prison in 2015, having served six years of a 13-year prison sentence at HMP High Down. In 2017, his biography Crazy: The Road to Redemption was published. Lewis is still very much on the book circuit with Crazy, talking about his experiences. “He’s working with a lot of academies, young offenders and people who are coming up in the sporting industry,” says Shane. “I would say it’s all part of his rehabilitation, but there’s more to it than that. Everything Chris does today is all part of his plan for the future; basically, he’s allowed for a conversation about himself and the mistakes that he made to create a plan for the future for others too. He wants to embrace what he did so he can understand and explain the root cause of why he did it. People who know nothing about sport can relate to The Long Walk Back – everybody can, because it’s all about the psychology of the person.”

Shane and Dougie seem to be attracted to using sport as a backdrop to dramas that ultimately focus on the game that is life. In 2015, they collaborated to produce Hands Up for Jonny Wilkinson’s Right Boot (the fascinating story of early 20th-century rugby player Frederick Stanley Jackson) followed in 2016 by When The Eye Has Gone, another Blaxland drama exploring the all-too-brief life of Colin ‘Ollie’ Milburn, who died in 1990 aged just 48. So why – and how – are their creative goals driven by sport?

Chris has allowed for a conversation about himself and the mistakes that he made to create a plan for the future for others, too

“In a previous life, Dougie was a professional cricketer,” Shane explains.
“He was commissioned to write When The Eye Has Gone to go alongside the Professional Cricketing Association’s mental health programme Mind Matters. When The Eye Has Gone was very well received – we toured it nationally twice. Jason Ratcliffe – who spearheaded and championed the PCA’s Mind Matters campaign as deputy CEO until 2016 – is now an agent who represents Chris Lewis. He approached Dougie with Chris’s autobiography in hand – and that, for us, was when The Long Walk Back was born. As Dougie and I have worked together on numerous occasions, we kind of have a shorthand now which is really lovely.”

The resulting drama itself relies on another charismatic duo to bring Shane and Dougie’s interpretation of Lewis’s tale to theatrical life. “It’s a two-hander, with Martin Edwards in the role of Chris, and Scott Lewis as the enigmatic Other Man, who shares a prison cell with Chris and takes on the roles of other key characters in his life, such as the security guard at Gatwick that pulled him over, his remand barrister, and even his grandma – all the different characters who crossed paths with Chris at different stages of his life. It’s not a Stars In Their Eyes version of Chris Lewis – it’s very much our actors’ interpretation of what’s on the page. They actually haven’t met Chris yet; by the time they do, they’ll have already formed their own versions of him.”

So if Martin and Scott haven’t met the man himself yet, how does the man himself feel about seeing his life unfold live before him, on the stage? “For many years, Chris lived in the international spotlight so in a way, he’s used to watching his life happen in front of him,” says Shane. “When you’re in the spotlight, you’re almost a caricature of yourself anyway, and that allows you to divorce yourself from your own behaviour. Chris completely divorced himself from his behaviour and therefore felt as though he had no responsibility for that behaviour. He had fame, acclaim and a huge disposable income – he once went out for some milk and ended up coming back with a brand new Mercedes just because he saw it, and fancied owning it.”

If a Mercedes once made Chris Lewis tick, what inspires Shane and Dougie – surely one of the most prolific creative collaborations working in theatre today? “Both Roughhouse and LiveWire thrive when we’re dealing with authenticity – we like telling stories that are unexpected, and very human,” says Shane. “The Rondo Theatre is perfect for us; it takes risks, and doesn’t shy away from what I call brave programming: supporting productions that don’t necessarily rely on subscribers, or people-pleasing. There’s a wonderful theatre-going community in the south west, and a real appetite and support for independent programming. We want to attract dynamic audiences; if 100 people come to see one of our productions, we want to inspire 100 different conversations – we don’t serve plays on a platter, we want our audiences to work too.”

After The Long Walk Back is over, Shane and Dougie are back in the sports arena again with Getting the Third Degree, commissioned by Kick It Out to mark the 25th anniversary of its ongoing battle against racism in football. “What I get really excited by is strong, non-linear narrative,” he says. “We try to make life linear, but it isn’t; life is messy, conversation is messy, our mistakes are messy. The Long Walk Back is about all of that – and all of us.”

The Long Walk Back is at The Rondo Theatre, 19 April, 8pm; rondotheatre.co.uk; Roughhouse Theatre: roughhousetheatre.com