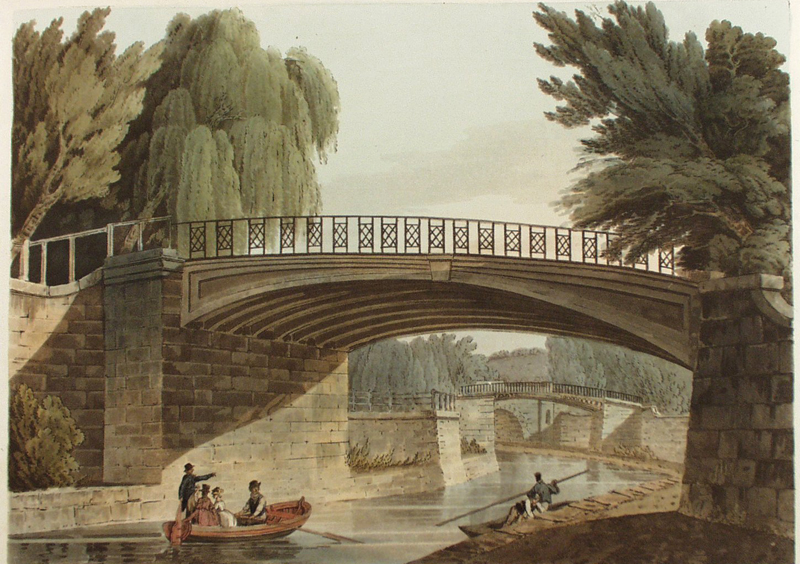 The History of Sydney Gardens

In the late 17th century, after the austerity of the Cromwellian regime in England, one of the joys that came out of the Restoration was the rise in entertainment for the masses. Not only did theatres reopen and public celebrations become more acceptable again, but around 1661 the first pleasure garden opened at Vauxhall in London.

A pleasure garden was a venue for entertainment. It served as a garden and a place to be seen, but it was also where the paying public could enjoy various attractions. They aimed to be inclusive too, with reasonable entrance fees.

By the middle of the 18th century pleasure gardens and tea rooms were at their peak of popularity, not just in London but around England, Europe and even in America. The main demographic of visitors to Bath in this period were from London, and trends in the capital were soon replicated here.

Bath’s first known pleasure garden is recorded as Spring Gardens, which opened c.1735, and were established across the river from what is now the Grand Parade (roughly where Bath Rec and the Beazer Garden Maze are today), belonging to Sir William Pulteney. The gardens were about three acres and were accessed by ferry boat.

Pleasure gardens were run as commercial ventures and the tenancy leased out. It was therefore in the tenant’s interest to provide good entertainment. The entrance charge to Spring Gardens was 2s.6d. per season, and for this people could expect public breakfasting, musical concerts, dancing and amusements such as bowling, labyrinths, swings, grottos and firework displays.

Spring Gardens was renowned for its ‘good victualling’ and unsurprisingly so when the leaseholder in 1759, William Purdie, was a local wine merchant. Purdie was also Sir William’s rent collector and, more importantly, owned half the rights to the local ferry boat service. Purdie moved the landing platforms 50 yards downstream so that passengers would disembark directly in front of the garden’s entrance. 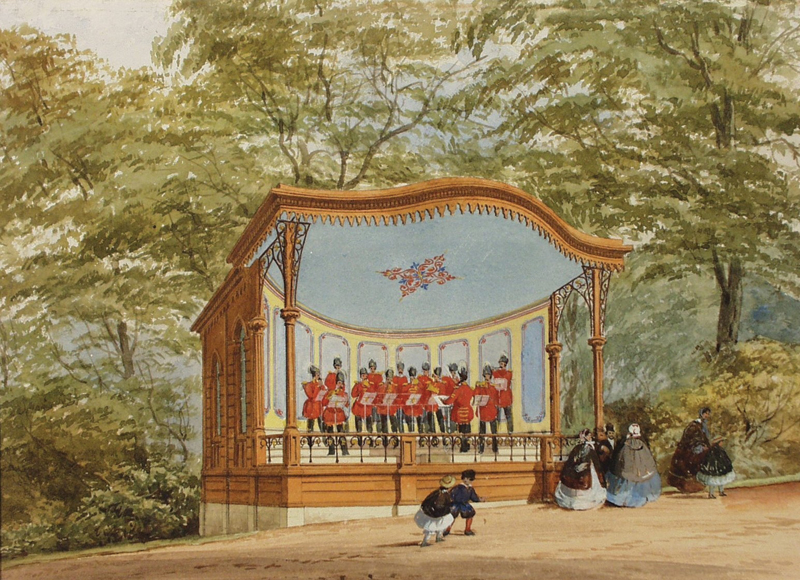 Other pleasure gardens are recorded in Bath but didn’t last long. In Widcombe in the late 18th century a pleasure garden called The Bagatelle was created on the west side of Prior Park Road, and further into Lyncombe Vale there was the King James’s Palace (c.1792) which boasted fine tea rooms.

Where Henrietta Gardens are today there was Bathwick Villa Gardens (c.1782–90) which mainly appealed to the lower classes. On the outskirts of the city in 1791 the architect John Eveleigh was laying out Grosvenor Place, and created Grosvenor Gardens that incorporated the river as part of the scheme. Grosvenor Pleasure Gardens were at a disadvantage though due to the distance from the centre. It later acquired an insalubrious reputation as the haunt of gamblers, prostitutes and thieves, and by 1820 it had simply become a domestic garden.

AN OASIS OF CALM

Sydney Gardens were developed over time by four designers, the first being Thomas Baldwin. Baldwin was the architect of the Pulteney estate, and he began planning the gardens in 1792. The work ceased suddenly, however, when he was declared bankrupt in the Bath Banking Crisis of 1793.

His successor, Charles Harcourt-Masters, adopted, amended and completed Baldwin’s plans. At the time of the gardens’ opening, it was he who was praised for its development. All association with Baldwin was deliberately erased to ensure the project wasn’t tainted with the bankruptcy of its former architect.

Though the gardens were on Pulteney land, the area was leased for 99 years to a committee which was made up of shareholders of the gardens. To enable the gardens to be built, money had to be raised and £100 shares were offered. It was the shareholders who sat on the committee and who also chose the tenants. Each shareholder had a silver token which enabled them free access to the gardens and entertainment for life. The Holburne Museum still holds the original die for these.

“Whether you go to see, or to be seen, At Sydney Gardens you’ll be pleased, I ween, Whatever your taste, for prospects or good cheer, Cascades or rural walks, you’ll find them here…”
– Anon, 27 August 1795, poem in local newspaper –

The Holburne was built as part of Sydney Gardens with a banqueting room on the first floor for country dances, and a tavern in the basement for sedan chairmen and servants to wait. A billiard room and coffee room were later added. When the lease expired in the 1830s the building was sold off, becoming a hotel and spa, a school and was eventually turned into the museum we see today.

PICNIC IN THE PARK

In 1795 a day ticket to Sydney Gardens cost 6d per person, and if you partook of tea this cost an extra 6d each. All refreshment was waiter service and in good weather a waiter would bring your tea out to you in any part of the garden. We know from contemporary illustrations of Vauxhall Gardens in London that to ensure as fresh and hot a cup as possible the waiters carried portable kettles to allow this service.

Breakfasting in public was a popular past-time in the 18th and early 19th centuries. In Sydney Gardens there were set days for this fashionable activity on Tuesdays and Saturdays from midday, costing 2s. per person for tea, coffee, rolls and Sally Lunn buns. Diners would have sat in a semi-circle of wooden booths, perfect for a romantic tête-à-tête. Diners were often serenaded with live music and just in front of where the Holburne café is today would have been a moveable stage for a 100 piece orchestra. 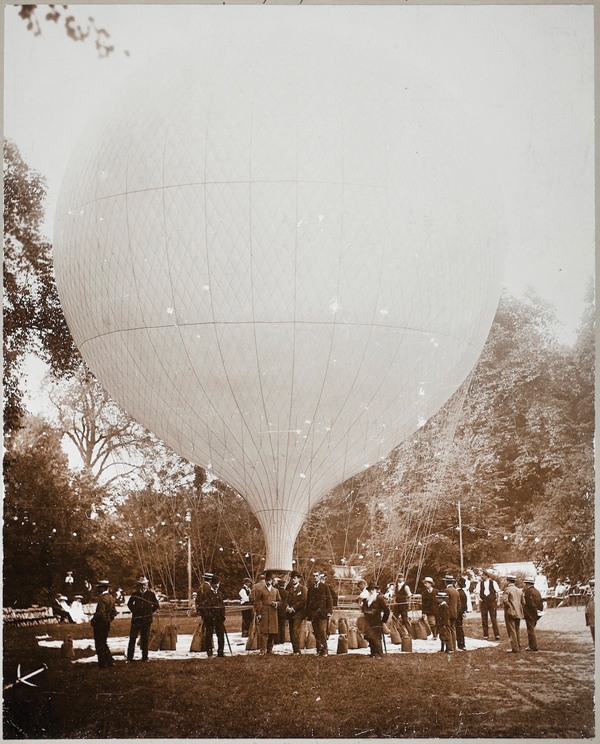 A NIGHT TO REMEMBER

An extra fee was charged for special gala evenings and dining. Spectacular firework displays and illuminations in the gardens would wow crowds of up to 4,000 people. The galas often celebrated royal birthdays or events in the social calendar, and were co-ordinated with other local pleasure gardens.

With the crowds came the inevitable pickpockets, and in 1829 George Robbins was caught red-handed in Sydney Gardens in the pocket of William Haydon Esq. Others tried to avoid paying the fees by climbing the outer perimeter fences, as John Edwards and William Avery were caught doing in 1828.

Sydney Gardens offered the public semi-rural walks, and horse-riding was also permitted. The public could enjoy discovering a mill, a fountain, a cosmorama (illuminated scenes), and in 1845 there was a Gothic Hall to explore. There was even a menagerie in 1831, with a bear, monkeys and gold and silver pheasants.

The labyrinth was alleged to have been twice the size of Hampton Court’s maze, and in the centre was Merlin’s Medical Swing, which was advertised as being “conducive to (good) health”, however swinging was not permitted on Sundays.

Other attractions included Bath’s first hot air balloon ascent which took place in Sydney Gardens on 7 September 1802 by Andre-Jacques Garnerin. Despite the 5.30am start, quite a crowd assembled. Other balloon ascents also brought the crowds. On 6 July 1846 tickets to watch Mr Green make a balloon ascent cost 1s, with reserved seats for an optimum view costing an extra 1s.

END OF AN ERA

Between 1800 and 1810 the Avon canal was completed in Bath and it cut through Sydney Gardens. The canal’s architect John Rennie hoped that the flowing water and boats would add to the attractions, and he included an attractive pair of chinoiserie style iron footbridges over the canal.

However it was Brunel’s Great Western Railway that caused the biggest shake-up. Brunel wanted to show off his railway and thought that its route through the gardens would be an asset, yet it divided the northern part of the garden and destroyed features including the popular labyrinth.

By the mid-19th century Royal Victoria Park was thriving, and Sydney Gardens had lost its popularity. In 1913 Bath Council bought the gardens and added tennis courts and tarmacked the paths.

What had once been the largest pleasure garden outside of London became a shadow of its former glory. However the future is now looking bright for England’s last 18th-century pleasure garden as the Sydney Gardens Park for the People Project is on course to restore and celebrate this wonderful garden for future generations.

To find out more, visit: friendsofsydneygardens.org