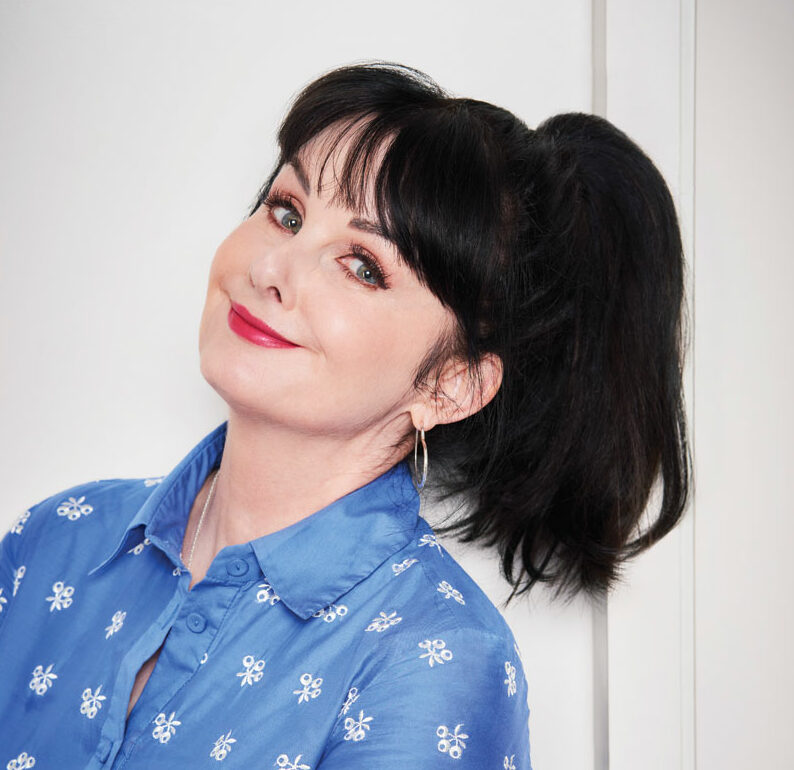 The happy ending rule: in conversation with Marian Keyes

Ahead of her appearance at The Bath Festival later this month, best-selling novelist Marian Keyes chats to Daisy Game about character, catharsis, and the importance of hope.

As the author of 25 novels – with 30 million copies sold worldwide – it’s fair to say that Marian Keyes is something of a literary phenomenon. Using her books to tackle weighty subjects such as addiction (Rachel’s Holiday), abuse (This Charming Man), depression (The Mystery of Mercy Close) and bereavement (Anybody Out There), Keyes has a knack for keeping things light with her witty prose – and relatable characters.

“I usually start with one character – it’s usually a woman – and then over the early part of the book I construct her life, and get to know the important relationships in it”, the Limerick-born writer tells me, explaining that she doesn’t tend to know exactly where her characters will wind up when she first puts pen to paper, but rather allows plot to grow organically. It’s not uncommon, I suggest, for character-driven novelists like Keyes to describe their protagonists as having ‘written themselves’. Alice Walker (The Colour Purple) recalls how her creations would frequently “come for a visit… and talk”; Philip Pullman (His Dark Materials) claims to have engaged in a spirited debate with his anti-heroine Mrs Coulter over how much time she was willing to spend in a certain cave. Are Keyes’ characters, I wonder, also partial to a chat? Not exactly.

“I hear people saying that, and I think it’s nonsense”, the novelist declares, telling me that her own approach to characterisation tends to be of the trial-and-error variety. “I think that the further the book goes, the more solid the character becomes: if I write them doing something that’s not congruent with who they are, I should know it. So the character doesn’t ‘tell’ me – but I should know if I’ve created them properly.”

The ‘proper’ creation of character is something to which Keyes devotes the lion’s share of her creative energy: “I write about people – I’m far more interested in people than plot”, says Keyes. Certain characters within the writer’s roster have captured her imagination for longer than others. In February of this year, Keyes returned once again to the Walsh family fold (a fictional quintet of sisters starring in five of Keyes’ previous novels), bringing her beloved Rachel Walsh back to our bookshelves in the writer’s latest novel, Again, Rachel. Readers first met Rachel through Keyes’ ’90s hit, Rachel’s Holiday, in which the writer’s titular character was shocked to discover that rehab (Rachel has a destructive relationship with drugs) isn’t, as she imagined it might be, all ex-rockstars and time off work. Twenty-five years later, and Rachel is back in rehab; but the tables have turned, and this time it’s Rachel who is giving, as opposed to receiving, treatment.

For Keyes, the path back to Rachel is one paved with personal history; at the age of 30, the soon-to-be novelist spent time at the Rutland Centre, Dublin to address her own relationship with alcohol.

“When I wrote about being in rehab in Rachel’s Holiday, I was on very solid ground about the whole experience”, says Keyes; “I have to be, to write about something accurately: I need to have distance from it. That’s how it is for me – but every writer is different.”

“People often ask if writing is cathartic – it’s absolutely not. Writing is my job, and catharsis is something I do in my own time”, Keyes expands, explaining that to attempt any kind of healing via the act of writing “feels wrong and unproductive”.

That said, Keyes does hope that her novels might be of some comfort to readers: “Bad things happen to every single one of us – but most of them are survivable. In every one of my books, the characters, whoever they are, go through something grim – and we all do in life. And I think that whenever something horrible hits any of us, we think ‘oh my god, I can’t believe this is happening to me’ and ‘I don’t have the resources to endure it’. I’ve felt like that so many times. But I would really like people to know that the worst thing can hit – and it’ll be really unpleasant – but it’ll be okay, and a time will come when it will no longer be crippling.”

Keyes’ determination to imbue her writing with sense of optimism is brought firmly home via her Happy Endings Rule: all of Keyes’ books, goes the rule, must end with one. It’s a choice with which the novelist admits to having wrestled; some have suggested that her writing might be taken more ‘seriously’ if she were to adopt a slightly grittier outlook. After all, happy endings aren’t exactly commonplace – are they?

We need to believe that even if things are awful right now, better things will come: because they do

“I know that people say that happy endings are unrealistic – but they’re not”, Keyes disagrees: “In every life we have moments where things are all okay; it’s brief, because everything changes – but I like to stop my books at the point where everything is okay for a while. […] I think life is hard, and we need to be hopeful.”

The happy endings, then, are a Keyes-ian feature that the writer has no plans to change: “The older I get”, Keyes muses, “the more I’m digging my heels in. We need to believe that even if things are awful right now, better things will come: because they do.”

One of the ‘better things’ for Keyes has been her writing career: “I’ve been so lucky. I have had such a career, I’ve had so many readers – and I am so grateful for them,” the writer is keen to impress. But it too has come with its challenges – especially in regard to gendered readings of her work. Despite the weight of the topics Keyes explores, the novelist’s work is often shoved under the Chick Lit banner: dubbed as writing by a woman, for women – and dismissed from the ranks of ‘serious literature’ in the process. While Keyes is wary of wading too far into the chick-lit-debate – “everyone in the whole world must have heard me talking about it 20 times already”, she apologizes – the writer remains painfully aware of the influence of her gender not only on her own reception as a writer, but on the reception of women everywhere.

“Everything women do – everything – the way we live, the way we dress; what we eat and what we don’t eat; what we write, how we try to be funny – everything we do is criticised”, she asserts; “It isn’t just female writers – it’s female everything. And I think women really need to be aware of that: that this is how men hold on to the power and the money, by finding ways to denigrate things we love or things we do.”

Such is Keyes’ enthusiasm for female writers – “all women are under-read and undersold”, she says – that she is reluctant to list those on which she wishes the spotlight would shine brighter, for fear of missing anyone out.

“There are so many that it’s always a worry to list…” the writer ponders. She will admit that she’s a big fan of Jane Fallon’s soon to be released novel Just Got Real, and Louise O’Neill’s Icon is another firm favourite – but Keyes is quick to reiterate that there’s no end to the number of writers, and all-round “lovely people”, she would happily sing the praises of.

Later this month, Keyes will attend The Bath Festival, where she will talk with two other female comic writers of whose works she is an ardent fan: Nina Stibbe and Lucy Mangan. Keyes looks forward to the chat, imagining that the trio will likely discuss their latest books and perhaps, as she wryly puts it, “why women aren’t regarded as funny.”

Keyes can think of greater hardships than a taking a spring trip to Bath: she has fond memories of the city ­– “I love it!” – and remembers a particularly pleasant evening a few Christmases ago spent in the Lucknam Park Spa with her husband. “We had the loveliest time…”, the novelist wistfully recalls. Perhaps Keyes’ imminent return to Bath, then, can be added to her list of real-life happy endings.

Marian Keyes will be interviewed by Claire Armitstead alongside Nina Stibbe and Lucy Mangan at The Bath Festival on 14 May at 5.30pm at the Assembly Rooms. Keyes’ latest novel, Again, Rachel, is published by Michael Joseph, £20; bathfestivals.org.uk