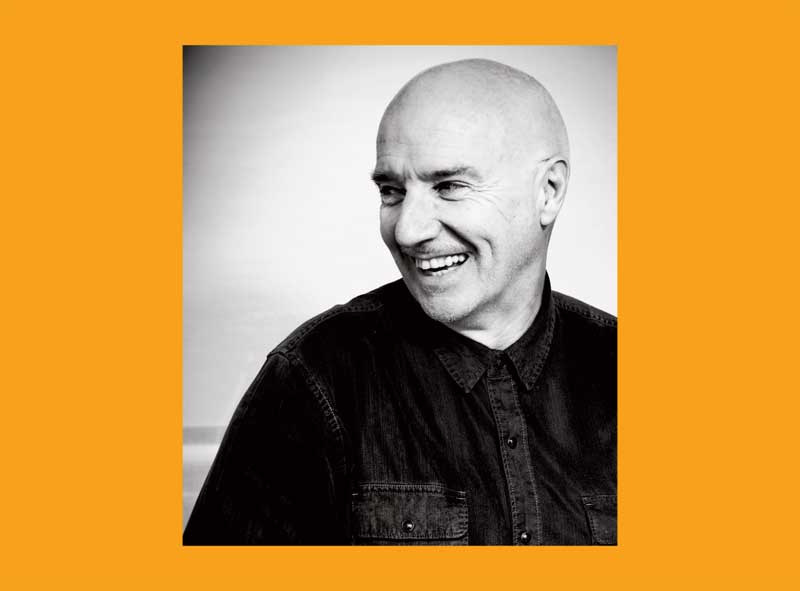 Melissa Blease chats to local musical icon Midge Ure about his experience of Lockdown and why he’s missing touring, but loving spending more time with his family.

When I last spoke to iconic musician, singer-songwriter and producer Midge Ure – who was born in Lanarkshire, Scotland, but became a Bath resident around a quarter of a century ago – we chatted over coffee in the Tivoli Cinema bar. When I next saw him, he was live on stage with his band at The Forum Bath, as part of his international 1980 Tour. Two weeks later, he took that tour to the other side of the world. And then…

“Everything changed, and so much has gone haywire since we last spoke,” Midge says, summarising the events of the past few months very succinctly – this time over the phone. “If somebody had told us, halfway through February, what was going to happen by the the middle of March, I’m not sure any of us would have believed it. But here we are.”

After the Forum gig, Midge did indeed manage to take the 1980 Tour to New Zealand and Australia, with plans to stop off at Dubai on the way back. However…

Everything went on hold: the festivals, the follow-up tour I was planning for the autumn of this year, the projects, the social life, the summer plans – all gone

“When we got to New Zealand, news about this weird virus flying around China had just hit. We managed to do around six or seven shows in New Zealand – who, by the way, have done an amazing job with the Covid situation; we need a few of their politicians in our government! – but venues were starting to reduce numbers. We took our flight to Australia but before we’d even landed, just four hours later, New Zealand had shut their borders, so we knew there was something serious going on. By the time we got to our last show in Perth, the gig was cancelled. The information was changing on an hourly basis and my big concern was, will we ever get home? But we made it, and our families were all safe and sound… and then everything went on hold: the festivals, the follow-up tour I was planning for the autumn of this year, the projects, the social life, the summer plans – all gone. And we all had toilet roll concerns to deal with too!”

Scroll forward four months, and Midge has two new albums in the pipeline (“the new one I’ve been working on for a couple of years, and a second orchestrated album that we’ve kind of made inroads to”) but, like all of us, he’s had to adapt to the fact that business as usual has become a thing of the past.

“To do the kind of thing I do, you don’t necessarily have to be in the same room as the people you’re working with,” he explains. “A lot of the creative process is one person in a box at the bottom of the garden fiddling with knobs and making noise – and I’m fairly used to that! But the novelty of singing into a webcam wears off very quickly, so I’ve kitted out my studio for doing live broadcasts, videos, Q&As, that kind of thing, so I can carry on doing what I love doing.”

So has Midge discovered a brand new element of creativity in – or indeed, new platforms for – his own work during lockdown?

“What it’s all bought home to me, more than ever before, is that adaptability is key in all situations, not just the creative or working world,” he says. And Midge has lived by this philosophy for a very long time. “When I started what turned out to be a very short-lived engineering apprenticeship at the age of 18, everybody I worked with was really shocked when I said I was leaving to join a band,” he recalls. “Nobody in my circle had ever left an apprenticeship before. The foreman said to me, “it’s all very well and good, this going off to join a band thing. But what if guitars suddenly aren’t cool anymore? What if you join a guitar band and suddenly, bagpipes are the next big thing?” I said to him, “well, I’ll have to learn how to play the bagpipes then!” And that’s kind of how it is again right now: if you’re a creative soul, you’ll find an outlet for that creativity regardless of what’s going on in the world around you – and I’ve always done that, with all sorts of stuff. I never intended to design stage, or lighting, or present radio, or TV, or write an autobiography, but you find yourself in a situation where you’re allowed to do that – a vehicle that gives you the ability, the platform, to exercise those talents you might have. And now you’re finding people – especially the younger generation – taking what they do above and beyond, say, performing in the bathroom. And that’s been fabulous!”

If you’re a creative soul, you’ll find an outlet for that creativity regardless of what’s going on in the world around you

But still, even somebody as imaginatively motivated as Midge agrees that creative thinking in the ‘new normal’ world has been stretched to the very limits.

“The trouble is, the novelty of someone just singing into a webcam wears off very quickly,” says Midge. “It’s great if you’re a naturally charismatic performer but the trouble is, singing at a TV camera doesn’t come naturally to most people, even if singing is a huge part of what you do. But I love how people in the music industry have adapted so well – some of the stuff that Elbow have done, for example, is fantastic: they make a video of each member of the band recording their part, then mix and balance all the sound files up perfectly before zipping it back into the Zoom file – it’s ingenious stuff, and they’ve been doing it all the way through lockdown. Also, a couple of the guys who are in my band on the tour you saw in Bath are in a band in their own right called the India Electric Co, and they’ve done some amazing things: just two people who don’t really use technology have made music that sounds like a full orchestra, and it sounds incredible!”

On one level, it sounds as though neither time nor fresh inspirations have  stood still for the iconic renaissance man of the music world. But what does Midge miss about the so recent ‘old ways’? “I really, really miss touring!” he says. “This has been one of the longest periods in my professional life that I’ve spent at home with the family and I’m really enjoying that – loving it, in fact. But touring is always such a ball. And I miss not being able to go to a restaurant, or the cinema, or the theatre. Thank goodness, though, that The Arts are finally getting some funding to support an industry that’s teetering right on the edge, and possibly the venues too – the places where so many artists cut their teeth were starting to disappear, and it may well already be too late for some of them. And I really feel for people and families who have been stuck in high rise flats in the middle of big cities for months on end – at least I’ve got my grown up toys at home that I can play with in a creative way, but I’m acutely aware of how lucky I am.”

So, the big question: will the ‘new normal’ ever give way, once again, to a time that we all now refer to as the good old days?

“I think we will of course come out of all this somehow, but we’re pre-empting it a bit too quickly, and I don’t think anything will ever be exactly as it was before March 2020,” he says. “But then again, the whole experience has given us an opportunity to rethink – reboot our thoughts on climate change, for example, and think about how business is conducted: do you really need to jump on a flight to Tokyo three times a month? And we’ve all become very accustomed to doing Zoom meetings, talking to people anywhere on the planet and being able to see them; that’s something that I don’t see going away.

On a personal level though, I’m not even considering getting out and about yet – I’m playing the game. People with infinitely more knowledge than I will ever have are telling me to stay in and be careful. I don’t believe it when I hear some politician or other say that at one minute to midnight a handful of Friday nights ago we had to all stay in, but at one minute past it was okay to go to a pub; nothing had or has changed, and the virus is still out there. If people could see the virus, they’d all think differently about what the news means too. Right now, I think we’re all being fed a lot of confused mush; I’ll wait until science tells me what’s safe to do, not politicians.”