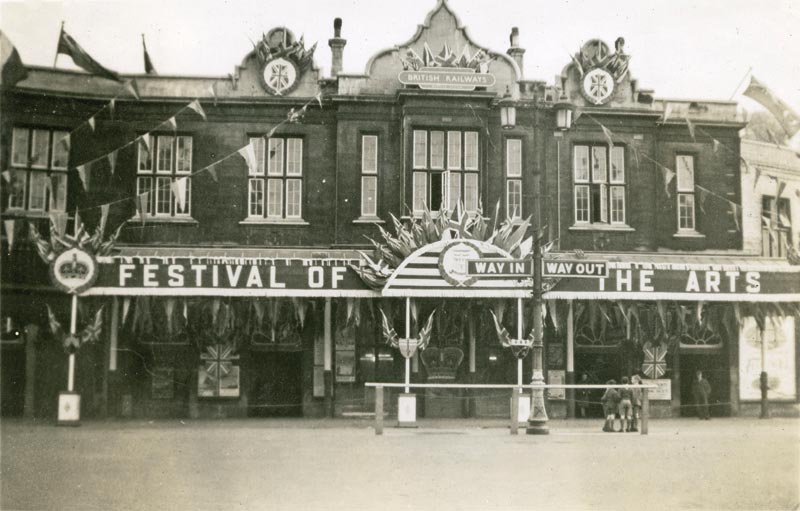 The Bath Festival at 70

Different generations of Bathonians will each have their own memories of what The Bath Festival means to them. For today’s children it might be the excitement of processing through the streets of the city wearing a colourful mask or costume and joining hundreds of others for the joy of filling Bath Abbey with song.

The next generation up may well have memories of the legendary party in the park. Thousands used to descend on Royal Victoria Park for a free evening of live music to mark the start of the Bath International Music Festival. While orchestras and choirs performed on an outdoor stage in front of the Royal Crescent people sat on the grass and tucked into picnics. Residents of the Circus would place lighted candles in their windows and the evening would conclude with a dramatic firework display in the skies over the Royal Crescent. Those evenings inevitably had their challenges for organisers faced with funding and policing the event. Boisterous and often drunken behaviour by a few and litter left strewn on the grass were an unwelcome hangover from the parties in the park. 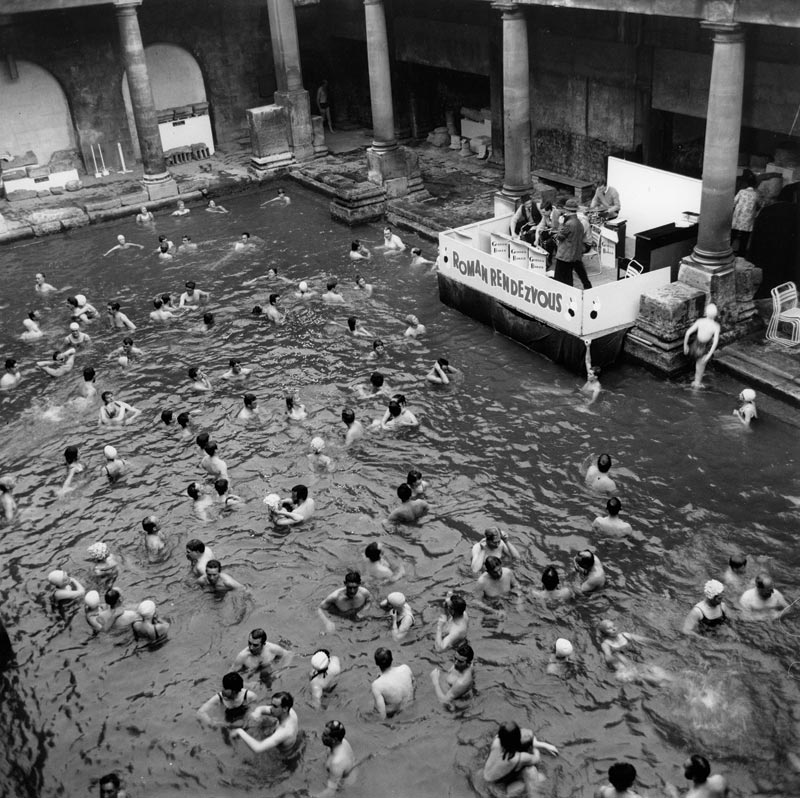 There will also be those who remember the earlier days of The Bath Festival when the world’s top classical musicians performed in the city. Violinist Yehudi Menuhin, who was a key influencer and director of the festival programme for many years, played many times to rapt audiences and two of the greatest ballet dancers in history, Margot Fonteyn and Rudolf Nureyev, performed at the Theatre Royal Bath.

Those early years of the festival were meticulously documented in a book, Fifty Festivals: The History of the Bath Festival by Tim Bullamore, published in 1999. The first festival was staged in 1948, but during the 1950s there were a couple of fallow years, which made 1999 the year of the 50th festival and 2018 its 70th anniversary. 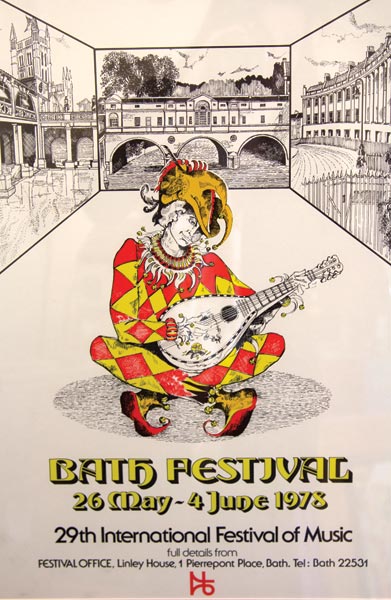 There has been a centuries-long tradition of music-making and concerts in Bath, but it wasn’t until 1947 that Ian Hunter, who had been involved in the Edinburgh Festival, thought the city would be an ideal environment for a festival of arts aimed at young people. His proposal for The Bath Assembly was welcomed by a city that was suffering the privations and shortages of the post-war period. The first young musicians arrived in Bath in April 1948, where, in the Pavilion, the National Youth Orchestra of Great Britain gave its first concert. The programme was designed by illustrator Edward Ardizzone (he of the Tim series of children’s books) with an introduction by author Horace Annesley Vachell who lived in Widcombe: “Edinburgh rose and gripped a great opportunity. We must do the same. Pilgrims of yore were admonished to see Naples and die. Let us say to the world: ‘Come see Bath and live.’”

Other highlights of that first festival were a visit by a 17-year-old Princess Margaret and a Georgian themed costume ball for 800 – with a waiting list of 700. In those days circuses with animals were the norm and the Daily Express reported gleefully that a concert in the Pavilion, conducted by Sir Adrian Boult, was interrupted by the trumpet call of Dinah, a circus elephant camped in a field across the road.

By 1949 some of the themes surrounding the festival began to take on a familiar sound. There was the question of funding and the debate about whether the festival should be unashamedly highbrow, or whether it should appeal to every man and every woman. 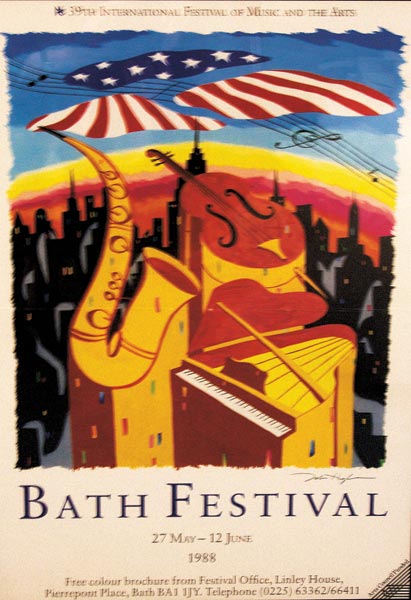 Another ongoing discussion surrounded whether the concert-goers spent money in the city’s shops and businesses. The festival director at the time, John Boddington made his point: “Just think how much money is spent by the 400 women who attend the ball in the week preceding it. Nearly all of them will visit the hairdresser for a perm, or at least a wave and set. Many of them will buy powder paint and perfume and have their nails manicured.”

“In the early ’80s I was on the Bath Festival Fringe Committee which organised social and other events around the main festival. It was the time of the Roman Rendezvous in the Roman Baths and of the End of Festival Picnics where everyone wore fancy dress based around a theme. We went to Longleat, Sheldon Manor, Wells and on a steam train to Bristol.

“I was personally involved in the Prior Park Picnic at which I insisted we have fireworks, a 20-minute session to Handel’s Water Music for the Royal Fireworks, the first time fireworks appeared at the festival – they later became a feature of opening night at the Royal Crescent.

“In 1989 I joined Bath Festival Box Office which in those days was a four-month employment based in Linley House. I was responsible for the accounts. The box office manager was a remarkable woman called Pam Fuller. Everything was done on paper and when a seat was sold it was marked with a cross on the venue plan.

“The artistic director when I started was Sir William Glock. He was followed by Amelia Freedman, now artistic director of both the Bath Mozart and Bach Festivals. After a year when we had three artistic directors, Tim Joss became both artistic director and administrator. In 1990 he established the box office as a permanent year-roundbusiness and we began selling for other organisations as well as the music festival and the newly established literature festival. When we were computerised I moved to the front desk where I still work today.

“In its 70th year, Bath Festival is as important to Bath’s cultural scene as it was when it when it started. It is important to feed the soul as well as the body and music and literature thrive in Bath because of it. Long live Bath Festival!” 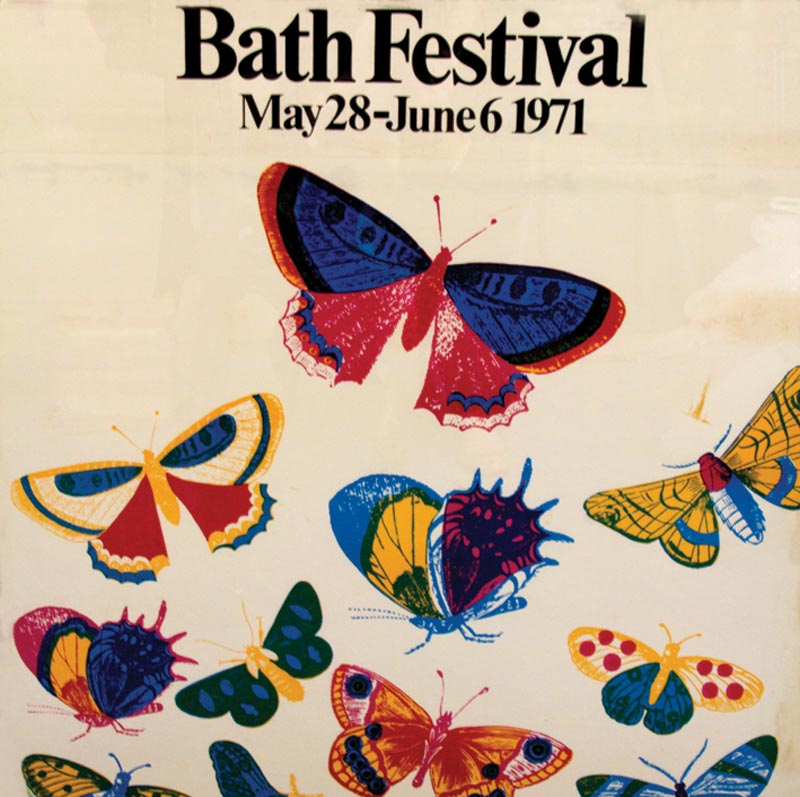 LOOKING TO THE FUTURE

As you read Tim Bullamore’s account of the first 50 years (the book is out of print and the Bath Library has a copy), you’re reminded that funding has always been a thorn in the side of the organisers. And that the city remains forever divided between whether it wants a highbrow festival or a populist bunfight.

The Bath Festival website sets out its mission for future festivals in the city: “Our future is driven by three factors. First, the world of festivals is changing fast and, having been there pretty much from the beginning, we want to stay at the leading edge. Second, the reality is that public money is in increasingly short supply. Rather than bemoaning that loss we are using the spur positively to connect better with a growing number of patrons and sponsors. Third and most importantly, we are excited about what can happen in the spaces between music, literature and other art forms.”