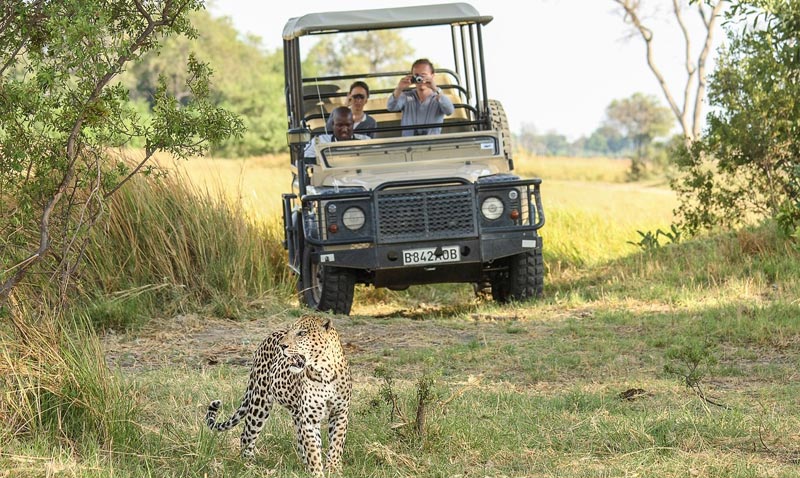 Spoil yourself while saving the world with Safari In Style

Perhaps saving the world is a little overambitious, but making it a better place is all part of the deal. What could be better than making your dreams a reality while getting to feel just a little smug about it at the same time?

Here at Safari In Style we have the desire to bring happiness through safari. Well, who wouldn’t be happy living the adventure of an African safari? Luxury lodges, exploring the savannah in open 4×4 jeeps, close encounters with the Big 5, glorious sunshine…yes, we would be happy!

For every journey booked through Safari In Style, we try to make a difference. In creating our unique safaris, we try to promote destinations, properties and experiences that contribute in some meaningful way. A perfect example would be one of our favourite lodges, The Outpost Safari Lodge, in the northern Kruger National Park.

In 1969 the land was forcibly taken by the apartheid government, and the tribe removed so that the land could become part of the Kruger National Park. In 1996 the Makuleke people made a land claim to get back their ancestral homeland. In 1998 an historic agreement was reached, with the South African government returning nearly 200 square kilometres of land to the Makuleke tribe. Instead of insisting on re-occupying the land, the tribe committed to leaving it as part of the greater Kruger National Park, ensuring the conservation of the area. In return, select private lodges, such as The Outpost Safari Lodge were built in partnership with the community.

The lodges committed to not only pay rent for the land, but more importantly to provide extensive training in tourism and hospitality to tribal members to ensure a brighter future for generations to come. For visitors, it is not just that their stay will benefit a larger community, but they will get to experience one of the most beautiful, unique and remote regions of the Kruger National Park. 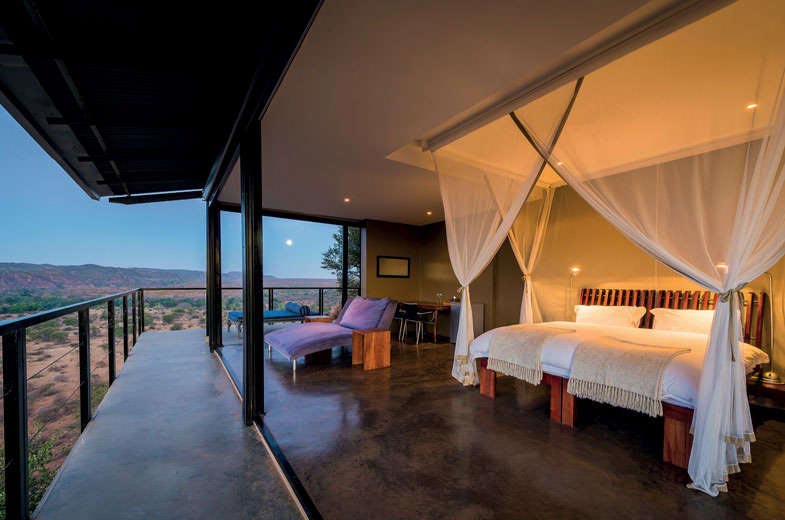 Furthermore for every person that travels with us, we make a contribution to one of four organisations making a real difference on the ground in Africa, and you get to choose who benefits from your travels.

African Parks do incredible work protecting and conserving parks and wildlife areas in some of the continent’s most inhospitable regions. Ask most people about Chad and many will have never heard of it, and those that do will likely be pretty critical of the place. To the north war-torn Libya, to the east is Sudan, to the south is the ongoing unrest in the Central African Republic, and to the west Boko-Haram’s stronghold in remote eastern Nigeria.

Yet, in the middle of all of this, African Parks have helped preserve one of Africa’s great wildlife reserves, the Zakouma National Park, where wildlife flourishes, like in this photo of vast herds of elephants. 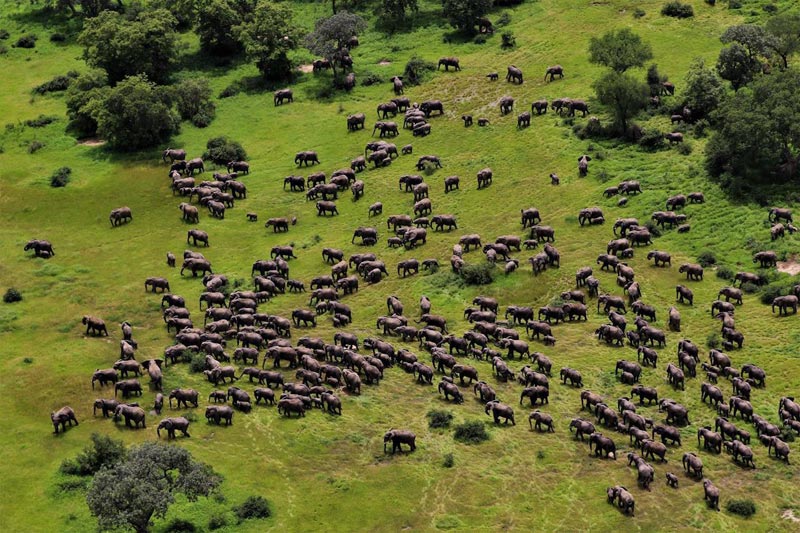 Uthando (love) South Africa really change the lives of the poorest of the poor. We know that the future of conservation is closely linked to the future of Africa’s people. Uthando has known this for a long time and has been harnessing the power of tourism to make a better life for so many.

Their work is not just at arm’s length though. For any visitors to the beautiful city of Cape Town, we can arrange time spent with Uthando, in the communities, and for the majority these moments end up being the most cherished of their entire trip. From schools, community kitchens, shelters for abused women and children to HIV prevention and care for the elderly, Uthando makes a difference in so many lives, just look at this amazing orchestra from the township in Hout Bay. 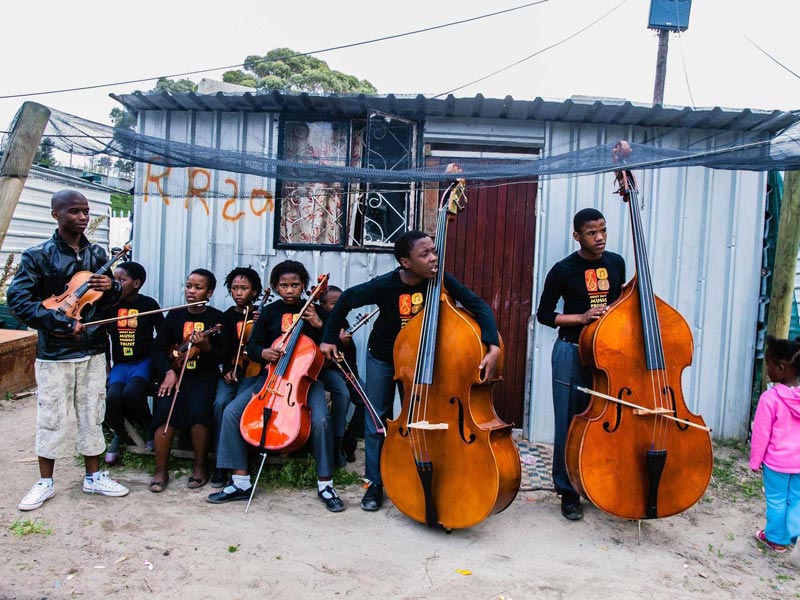 We all want to see the super predators while on safari. A safari with no lion, leopard, cheetah or wild dog would be a little disappointing. Yet the big carnivores are threatened across Africa. Zambia, has some of the healthiest populations of large carnivores on the continent, and the Zambia Carnivore Programme is not only helping protect and conserve Zambia’s wildlife through anti-poaching and education, but also carry out invaluable studies that they hope will help protect these magnificent creatures throughout the entire world. 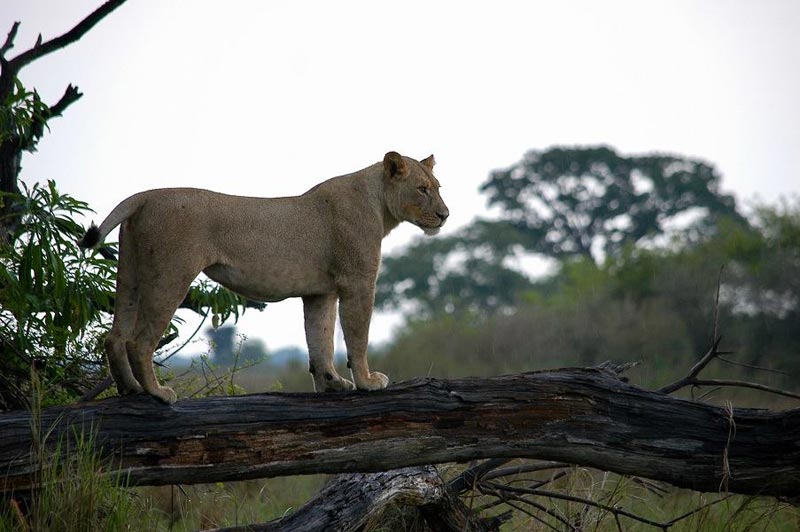 We believe that when people learn to care for domestic animals, they are more likely to care for wildlife as well. The townships around Cape Town are home to thousands of stray dogs, living rough on the streets. In winter, when the rains come and night time temperatures plummet life is incredibly hard. The Purple Kennel Project uses recycled pallets to make sturdy kennels, painted bright purple, to provide shelter and warmth during the winter months. Every year in April a new batch of kennels are built and distributed throughout the poorest areas, and making life just that bit better for some of our four-legged friends. 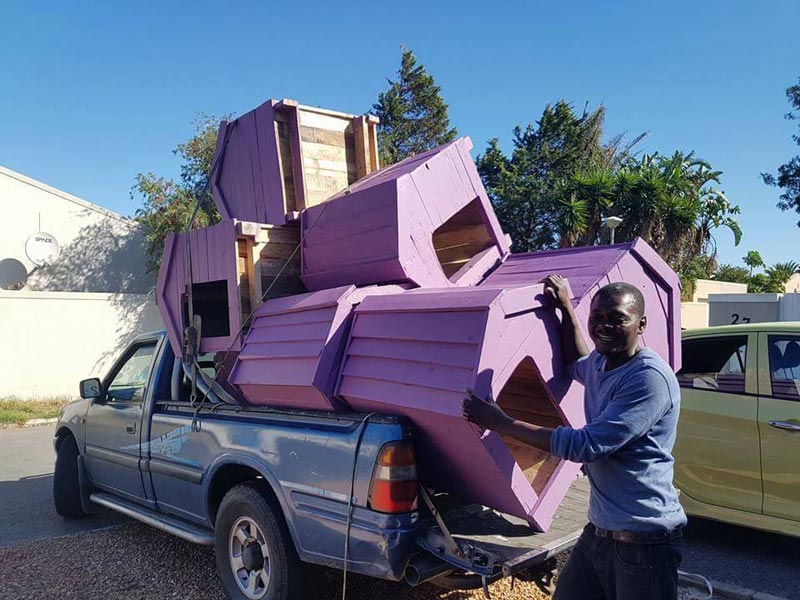 So, you really can spoil yourself and make the world a better place.