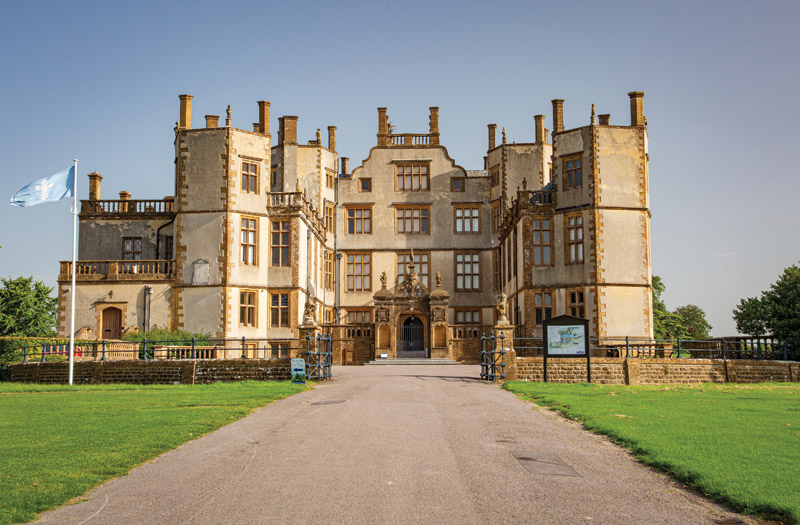 The Saxons named Sherborne scir burne – the place of the clear stream – and made it the capital of Wessex. Emma Clegg meets up with an old friend from her childhood home of Dorset for the weekend in Hardy country – not that they had the time to be nostalgic about The Woodlanders et al because there was some serious research to do

The Eastbury Hotel on Long Street is a Georgian period listed townhouse hotel dating from 1740, and an easy walk from the station. Our luxury four-poster garden suite did make a strong first impression – the bed itself, with the gilded frame around the tester, golden finials above, the heavy fabric drapes and a rush of upholstery tassels made you feel distinctly Georgian without any of the discomfort.

That’s what we liked most about the room, and the hotel, too – we were in the midst of authentic Georgian style curated with plush modernity. We had our own courtyard with table, chairs and fountain (sigh), and a gate into the hotel’s walled garden. We read erudite books there for all of five minutes before unstopping our room’s elegant carafe of sloe gin. The gin had a fiery, fruity kick and cranked up the Georgian (liquor) detail. The Smeg kettle did compromise the Georgian flair a tad, but we weren’t worrying as we made Earl Grey and breakfast tea from our drinks selection the next morning.

Perfect mix of Georgian and modern

We were shown around the hotel by general manager Ian Crighton. Peter and Lana de Savary, who bought the hotel last year, have embarked on a dramatic refresh and remodelling of the accommodation and facilities, including the most recent addition, a boutique spa in the grounds.

We were impressed by the formal reception areas, and particularly the mahogany dining table that converted into a snooker table, perfect for wedding parties. The five recently opened luxury garden potting shed rooms embrace the modern-bohemian-in-immaculate-taste look – knotted rugs, quirky cushions, upholstered chairs with modern curves and trifold doors that open across one end of the room to an expanse of upmarket courtyard.

The outdoor space beyond the doors isn’t significant, but it extends the room’s parameters as you lie on the bed, considering the options in your Smeg mini fridge while casting your eye over the large wall-mounted mirror in a wooden frame, which – with the help of one tuned in to technology – you then discover is actually a TV. Whoah. It’s as far from Georgian as you can get in these potting shed rooms, but it has oodles of flair – and what’s more, dogs are welcomed.

If you can persuade yourself out of your luxury room, there’s croquet, giant chess, badminton and table tennis in the picturesque walled garden, but you do need to find some time to explore Sherborne, too. Fortunately we were treated to a two-hour tour of the town from blue badge guide Paul Birbeck from Sherborne Walks. Paul unravelled the rich history of Sherborne in majestic detail. He told us that Sherborne’s church became a Benedictine monastery in 1075 and some of the Norman structure still remains.

Sherborne School (for boys) – which has existed since the time of King Alfred who was educated there, and has alumni including Alan Turing and Jeremy Irons – incorporates some of the old abbey buildings.

Sherborne has its own distinctive ochre-coloured ham stone and Paul unravelled all the different periods of architecture within Long Street, from Tudor to Victorian (the Georgians and Victorians often added their own façade to a Tudor building). We walked past the medieval almshouse of St John the Baptist and St John the Evangelist on Half Moon Street, one of Dorset’s oldest almshouses, dating from 1437. It’s still in use today, providing housing to 18 elderly residents of the town.

The Digby Memorial outside the abbey – where King Alfred the Great’s elder brothers, King Æthelbald and King Æthelberht, are buried – is a notable architectural feature. It is adorned with four statues around its circular column: St Aldhelm (639–709), the first bishop of Sherborne; Roger of Salisbury the Norman medieval bishop who built the old castle; Abbot Bradford (1246–59), rector of Sherborne; and Sir Walter Raleigh, gentleman, sea captain and explorer who built Sherborne Castle and whose name and association with Elizabeth I goes before him.

The town itself is full of independent shops for exploring and tempting cafés and restaurants – we sat in the sunshine outside the Cross Keys at the bottom of South Street enjoying a cappuccino with a perfect view of the grade I listed Conduit. This hexagonal 16th-century structure originally stood in the north cloisters of the abbey, where it was used for washing by the monks, and was moved here after the Dissolution of the Monasteries in 1539. The Conduit was even once used as a police station and, in 1861,
as a penny bank.

The castle is large and full of fascination – we saw part of the original Tudor wall, elegantly appointed state rooms, a grand fireplace sporting the Digby family’s motto, Deo Non Fortuna (from God not chance) and an extensive collection of art and antiques. While there we discovered some surprising things about Sir Walter that we didn’t remember from history lessons, including the fact that his wife Elizabeth had his head embalmed after his execution in 1618 and carried it round with her in a red leather bag for the rest of her life.

After Sir Walter’s demise the castle was bought by Sir John Digby, 1st Earl of Bristol, its 1,200-acre park adding to the Digby’s estate of 15,000 acres. They decorated much of the castle with ostriches – an ostrich tops the family crest – and spotting the ostrich is a good game as you explore. The Digby family still owns the house, which has a view of Capability Brown’s lake and the ruins of the old castle.

We dined in the Eastbury Hotel’s Seasons restaurant, led by executive chef Matthew Street. While tempted by the seven-course tasting menu with accompanying wine flight, we settled on the à la carte. The amuse bouche was remarkable, a small coffee cup with a creamy mixture of artichoke and truffle oil, and olive and focaccia bread with homemade tomato butter. Whipped goat’s cheese with chilled beetroot soup, orange and hazelnuts and ruby chard; and Vale of Camelot cheese brûlée with pear, celeriac, pickled chicory and caramelised walnuts were our starters, mine an exotic melange of savoury flavours with a classic crisp brûlée top to crack. Our mains were butternut squash rotolo with pickled shallots, pine nut and squash velouté; and roasted lamb with tandoori spice, cauliflower, cucumber yogurt, black dal and curry leaf. The lamb was unbelievably delicious, the tender meat flavours heightened by its spicy undertow.

We passed over the regional cheese plate with Isle of Wight blue cheese and Dorset damson jelly, settling on raspberry, white chocolate and mascarpone with lemon sable pastry and raspberry sorbet; and mango and vanilla cheesecake with lime leaf sorbet. This meal was one that won’t be quickly forgotten.

“Such miserable creatures of circumstance are we all!” says Thomas Hardy in The Woodlanders, a sentiment that underlies all his novels. While possibly true for Sir Walter, our Sherborne weekend was quite the opposite, a happy circumstance for two creatures from Dorset.

Stays at the Eastbury Hotel start from £195 for a double, including breakfast: theeastburyhotel.co.uk
• Introduction to Sherborne walks are £8 per person: sherbornewalks.co.uk
• Entry to Sherborne Castle and gardens is £10.80, free for children: sherbornecastle.com