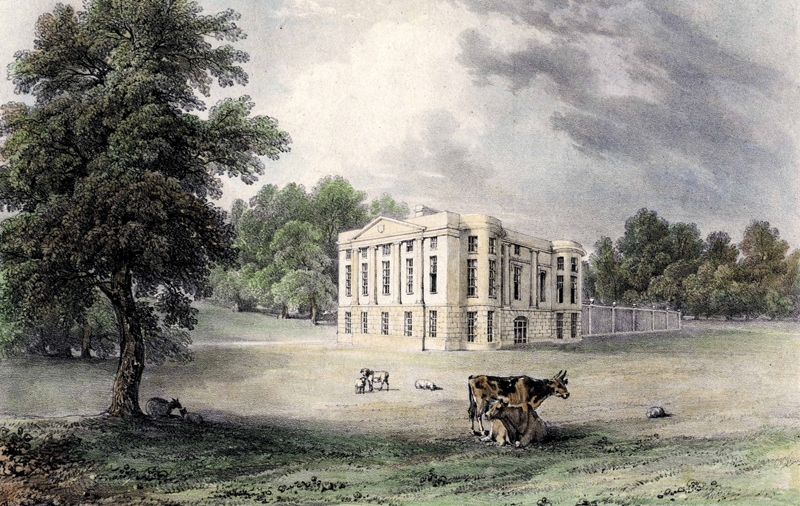 A room with a view: The history behind the American Museum

For more than 50 years, the American Museum in Britain has drawn visitors from across the world to its vast collection of American decorative arts and crafts, and its remarkable reconstruction of panelled rooms from American family homes in the 19th century. However, if you removed the historic furniture and stripped back the panels, you would in fact find the original walls and features of what was once a quintessential English country manor house, known as Claverton Manor. Despite building and curating the museum from scratch in the late 1950s, the museum’s founders aimed to protect the period features of the house, preserving it for the future.

The Claverton Manor we see today was completed around 1820, however it is possibly the third building to have been named this in the area over the centuries. Prior to this, Ralph of Shrewsbury, Bishop of Bath and Wells built a manor house in the same name near to Bassett Farm in Claverton village in the 14th century. Following this, some sources suggest that Sir Edward Hungerford or his half-brother Sir Walter may have had a manor of the same name erected in the 1580s.

Sir William Bassett then purchased the manor in 1608/9, and the sale included 1,300 acres, a church and a vineyard, which was described by antiquary John Aubrey as “the best vineyard” in England in the Natural History of Wiltshire – wine continued to be made in Claverton until the 18th century. During The Commonwealth under Cromwell’s leadership in the 1650s, Bassett’s grandson, who later became MP for Bath, took part in a plot to take Bristol on behalf of the royalist cause with the aim of helping to restore Charles II to the throne. After the Restoration of the monarchy in 1660, Bassett was knighted for his support. However he racked up debts throughout his life and after his death in 1693, Claverton Manor had to be mortgaged to pay for these outstanding payments, with the manor eventually being bought in 1701 by Richard Holder from Bathampton.

Ralph Allen – postmaster, philanthropist and most famous locally as the owner of Bath stone quarries – purchased the manor in 1758, restoring and rebuilding it, creating a peaceful retreat for him, his family and guests, away from the bustling city centre. Although Allen spent the majority of his time at his famous Palladian-styled mansion Prior Park, he visited Claverton on a regular basis and established a tree-lined road that linked the two properties together. 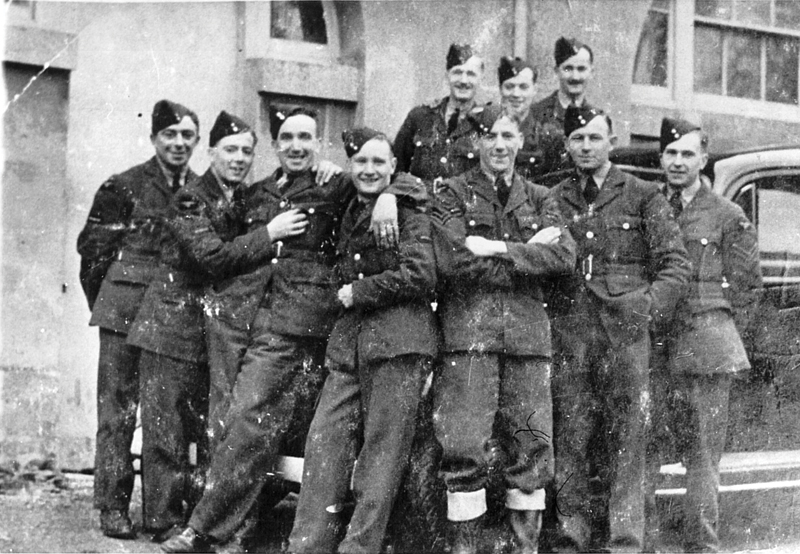 The manor then passed to Allen’s great nephew Allen Tucker and was let out. The house was advertised in the Bath Journal on 27 May 1799 as “remarkably rural, and much admired for its picturesque and romanic views.” After Tucker’s death, the manor was purchased by barrister John Vivian in 1816.

Vivian employed architect Jeffry Wyat (who later became known as Sir Jeffry Wyatville), who persuaded his employer to demolish the manor completely and rebuild it on a new site nearby further up the hill, rather than restore the old house. The decision to build on a new site could have been influenced by the popular style at the time to erect grand homes with space for landscaped gardens and impressive views – the incredible views over Limpley Stoke at Claverton certainly formed the basis for this.

Work quickly began and the Claverton Manor we see today was completed in around 1820 in Wyat’s recognisable neo-classical style, emphasising the use of symmetry and Ionic columns on the exterior of the building. You can still see some of Wyat’s original features in the museum, such as the cast-iron banister and the impressive circular light in the main hall.

Wyat later went on to work on even grander English houses including Chatsworth, Longleat, Ashridge and Windsor Castle on behalf of George IV.

The new manor then passed to John Vivian’s son, George, in 1828. Being a patron of the arts, traveller and artist, he built a gallery in the south wing of the house in order to display his art collection.

Known for his interest in history, George condemned his father’s decision to demolish the previous historic manor. He spent a great deal of time and money attempting to restore parts around the site of the old house, including the pierced walls and terraces. In 1837 George even published a collection of lithographs of what the old manor house used to look like.

George must also be recognised for his development of the gardens. He created an Italian-style garden and a rose arcade, possibly under the direction of landscaper Alexander Roos who worked at Tyntesfield in Bristol, which are now home to the museum’s Mount Vernon garden – the current gates to this garden and the balustrade date to George’s lifetime.

The Vivian family continued to own the house until it was bought by Isaac Carr of Wood House, Twerton, in 1869. The property was advertised in The Times that year as a house “commanding delightful views over a most attractive county. The mansion contains noble entrance hall, a suite of loft and elegant reception rooms; in all 20 bed and dressing rooms . . .” with “highly ornamental pleasure grounds . . .”

Carr sold the manor in 1874 to Henry Duncan Skrine, who owned Warleigh Manor in Bathford and hoped that moving to Claverton would help to improve his wife’s health, who was adverse to the damp and misty conditions at Warleigh.

In July 1897 Skrine organised a summer fête at Claverton Manor for the Primrose League – an organisation dedicated to spreading Conservatism in Great Britain, which had more than one million members by the end of the 19th century. It was at this event that Winston Churchill, aged just 23, made his first political speech, where he mentioned a recent railroad workers strike and the necessity for greater insurance protection for employees. A plaque can be found outside the main entrance to the museum, marking this historic moment.

The Skrine family continued to own the manor until the late 1950s. The family let out the building during the Second World War to the RAF, making it the headquarters of the RAF No 32 (Balloon Barrage) Group. The group oversaw the balloon barrages for the south west of England and south Wales, organising the tethering of balloons used to protect cities from low-flying enemy aircraft. However, as Bath was not considered a high target for attack, no balloon protection was installed. Unfortunately in April 1942 80 Nazi Luftwaffe dropped tonnes of high-explosive bombs and incendiaries in three raids on the city, killing more than 400 people and flattening or damaging 19,000 buildings.

After the war, the Bath Domestic Science College used the manor as a hall of residence until 1956, with the picture gallery that owner George Vivian had built in the 1820s used as a student common room.

The manor was then put up for sale in 1958 and purchased by British antiques dealer John Judkyn and American psychiatrist and collector Dr Dallas Pratt, with the plan to turn the house into a museum to celebrate American decorative arts and furniture. With the help of craftsman Nick Bell Knight and Ian McCallum, who became the museum’s first director, the team worked tirelessly to collect artefacts and recreate period rooms from old American houses from centuries past.

With the room guides trained, catering staff prepared, gardeners in place and educational department on hand, the American Museum in Britain opened its doors to the public in 1961, welcoming more than 20,000 visitors in the first three months. More than five decades on and the museum houses 12,138 items that help to tell the story of the lives of American people, from its early settlers to those who lived through the 20th century.