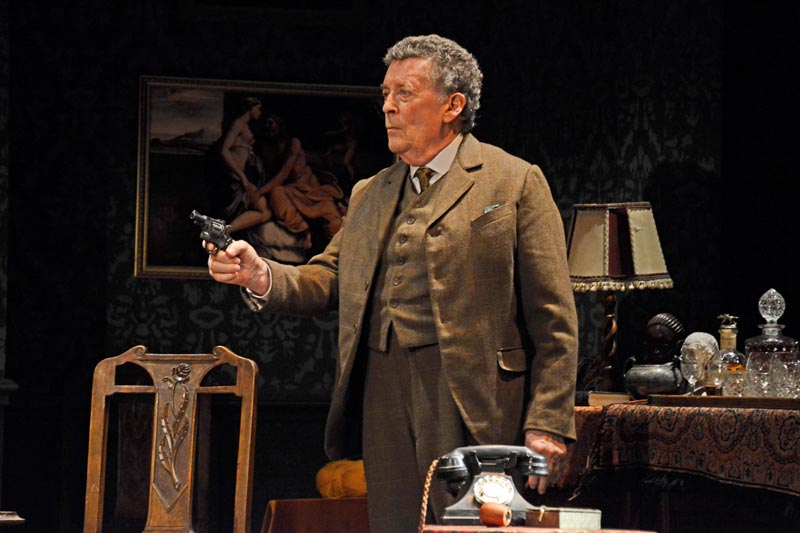 He’s the world’s best-known private detective, whose primary intellectual detection method is abductive reasoning. His innate sense of sartorial and social elegance turned him into a British cultural/style icon, once hailed by Prince Charles as “the thinking man’s James Bond”. We know that he was a hoarder with a penchant for cocaine; we know he was once a boxer; we know (or rather, geeky types who enjoy confounding the opposition at pub quizzes know) that he never actually uttered the phrase “Elementary, my dear Watson” to his long-suffering cohort.

And yet, Sherlock Holmes did not actually exist – he’s a work of fiction, as too are his fascinating, complicated back-story, his world-famous ‘address’ (221b Baker Street) and the Hound of the Baskervilles, crime writer Sir Arthur Conan Doyle’s third Sherlock Holmes novel, which remains the most popular (of four novels in the canon and 56 short stories in collections) to date.

And just when you think we have enough Holmes-related books, films, TV and radio plays, computer games, apps and fan-based activities to keep us going until the character’s bicentennial celebrations in 2087, we have a world premiere production of brand-new adventure that brings us bang-up-to-date (well, up to 1922, anyway) with where Holmes’ heart is, opening right here in Bath.

Sherlock Holmes: The Final Curtain, by award-winning dramatist and former literary manager at the RSC Simon Reade, is a subtly gripping, compact affair that pushes plenty of the Main Man’s quirks and peculiarities to the fore of an almost too-brief two-hour drama while also deftly accommodating – as one might expect – multiple plot twists, turns and complications.

When we first encounter Holmes, he’s keeping bees in a cottage on the South Coast, wracked by the limitations of age (rheumatism; isolation) and paranoid that old enemies might seek him out and finish him off. When a body is found on his private beach and Mary Watson – the wife of his former sidekick – drops by unexpectedly to tell him that she has seen the ghost of her dead son James in 221b Baker Street (where the Watsons now live,) Holmes decides to return to the mystery-solving fray in an effort to banish his own personal demons for good.

Robert Powell is the quintessential Holmes: intense, wickedly astute, fiercely terse and distinctively barbed – it’s almost as though this part has been waiting for Powell for as long as Sherlock has been waiting for another airing. While Liza Goddard’s Mary doesn’t really have as much character to assert, she’s a sharp, fresh foil for Holmes, terrifically tenacious and elegantly purposeful.

Timothy Kightley is an amiable, now slightly befuddled Dr Watson, maligned by Mary but clearly still regarded with great fondness by Holmes, while the archly witty little details that Anna O’Grady weaves into her role as Holmes’ housekeeper Miss Hudson (daughter of Holmes and Watson’s former landlady Mrs Hudson) lighten the mood when events take a distinctly dark turn in the second act.

Without giving too much away regarding the plot, you don’t have to be a detective to deduce that a play that includes a Magic Consultant (John Bulleid) in the production cast list is set to contain some spooky goings-on, and The Final Curtain doesn’t let us down on that score. Meanwhile, clues to what’s going on behind the scenes of the chicanery that’s confounding key characters are liberally scattered around along the way to the actual final curtain.

But in time-honoured, proper murder/mystery/suspense style, we’re not aware that all manner of evidence has been laid out before us at every step of the way until Holmes does his ‘thing’ by bringing all the loose ends together and presenting us with a beautifully-wrapped parcel of facts that solve every puzzle.

Why, however, Mary comes back on stage after the whole complicated conundrum appears to have been untangled to deliver a rather bewildering and seemingly unnecessary denouement speech remains a mystery. But that’s a Sherlock Holmes story for you: one expects to encounter the unexpected at the point where the encounter is least expected.

It’s good to have him back.