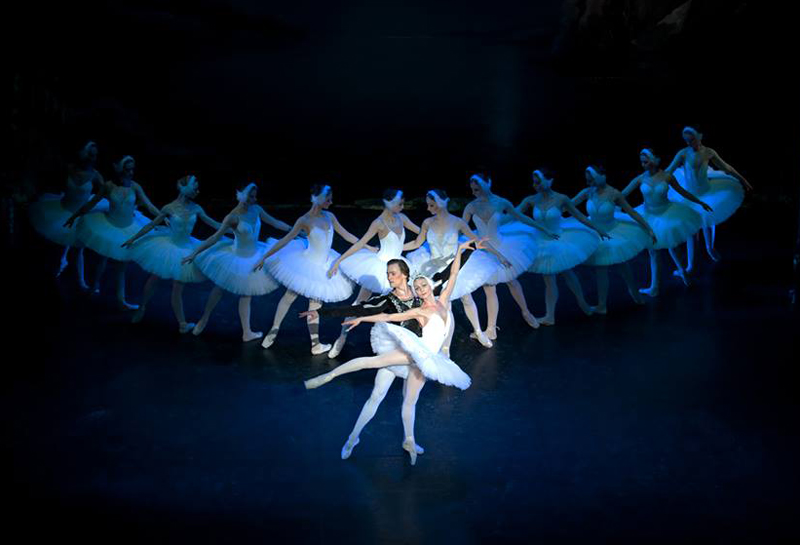 Shake down your tutus, Bath! The Saint Petersburg Classic Ballet is back in town, bringing both Swan Lake and The Nutcracker to the Theatre Royal. At the time of writing, the swans have skittered off the stage for another year. But there’s still time to indulge yourself in the magical tale of Clara and her Nutcracker Prince, based on Alexandre Dumas’ adaptation of ETA Hoffman’s story The Nutcracker and the Mouse King. And all set to Pyotr Ilyich Tchaikovsky’s score, once described by leading ballet critic Alastair Macaulay as “abundant and perfect”. Indeed, Macaulay’s words pretty much summarise the SPCB’s current touring production.

It’s no mean feat to take a ballet company on an international tour… not least in terms of cost. But this relatively young classic ballet company – founded by former prima ballerina Marina Medvetskaya in 1996 – has spent its budget intelligently. While the sets (a painted backdrop of Christmas tree in the first act; a “standard” palace garden/ballroom backdrop in the second half) are Disney animation charming rather than ceremonially opulent, the Hungarian Sinfonietta Orchestra conducted by Vadim Perevoznikov, the lavish, baroque costumes and a cast of 30-plus versatile, technically competent, meticulously expressive dancers easily compensate for the lack of frills and frippery in the scenery and props department (although the radio-controlled mouse that skitters around the stage in the first act was definitely worth the ticket price on its own).

Natalia Romanova is an utterly beguiling Clara (she’s doing a magnificent job multi-tasking as the Sugar Plum Fairy too, of which more later), taking us with her on her journey from teenage girl squabbling over a new toy with a fellow playmate to young-woman-in-love with a proper prince (a suitably fine suitor in the form of the dashing Pyotr Borchenko).

In Act II we’re on the guest list for the entertainment programme laid on in the Kingdom of Sweets to reward Clara for her help in saving the life of the Nutcracker and defeating the Mouse King (long story), involving evocative Spanish-, Russian- and Eastern-themed dance cameos alongside all manner of “ooh!” and “aah!” moments.

But one of The Nutcracker’s most eagerly anticipated highlights (and there’s much competition, for we are, after all, on “Most Popular Classic Ballet” territory here) has to be the Dance of the Sugar Plum Fairy, arguably one the most technically demanding solos in classic ballet. Romanova’s special spotlight moment is suitably sparkling, perfect in execution, emotion and technique. When the SPF/Clara finally ends up in the arms of her prince, it’s a memorably uplifting experience for all (not least of all for Romanova herself, elevated and held aloft by a corps of boys).

Beautiful, spectacular, enthralling; spellbinding, dynamic and witty – The Nutcracker is most definitely not just for Christmas. Crackin’ stuff indeed.