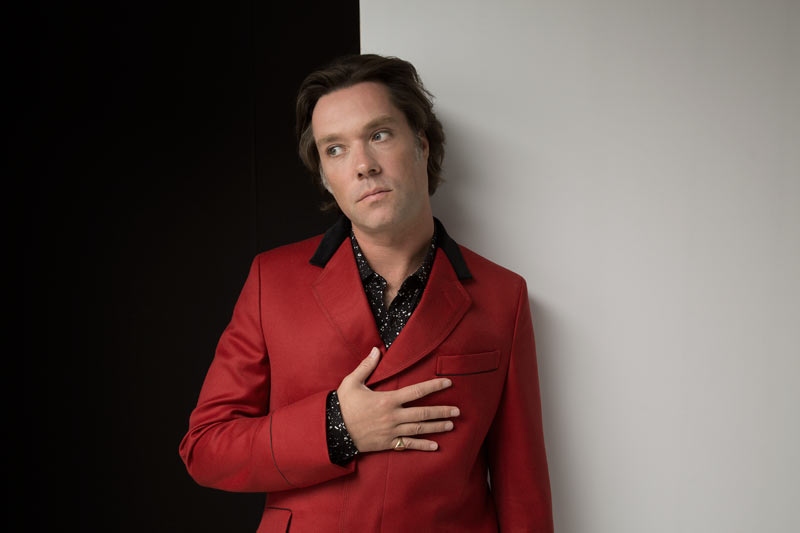 When I was around 12 years old I used to have a recurring dream about diving in to a huge swimming pool filled to the brim with jewel-coloured satin ribbons, fake fur throws and soft, downy feathers. Those beautiful dreams eventually stopped when I discovered boys, cigarettes and David Bowie (a developmental transition that I’m sure may have been similarly influential on the subject matter of this review).

A few nights ago, however, those dreams all made sense to me: they were in fact previews of how I was going to feel when watching idiosyncratic contemporary troubadour Rufus Wainwright performing live.

But which Rufus are we talking about: the archly witty camp boy whose quicksilver tongue easily compensates for his occasionally slightly clumsy attempts at on-stage glamour? The performer who ‘did’ Judy (Garland, of course) at Carnegie Hall? Or the man who has just finished writing a classical opera (Hadrian, debuting in Toronto later this year) and set Shakespeare sonnets to music? We could go on; there are many, many facets to Wainwright, and we’ve barely skimmed the surface. He did, however, give the local delegation of the Rufettes a pretty thorough conspectus of what he does best at the Bath Forum last Thursday evening.

Wearing a dark gold lamé suit and sporting a bushy salt’n’pepper beard, Wainwright cut quite a swathe across the Forum stage. Bringing only his grand piano and guitar for company this time around, he interspersed vintage cuts – looking forward, perhaps, to looking back when he embarks on his 20th anniversary tour next year, during which he’ll focus primarily on his first two albums – with a smattering of newbies, plenty of banter and one rather surreal moment (of which more later).

Of the greatest hits, Beauty Mark (a delicately sentimental song written for his late mother), the touching Jeff Buckley tribute Memphis Skyline, the intelligently irreverent Gay Messiah and the shimmeringly beautiful Montauk – written for Viva, Wainwright and Lorca Cohen’s daughter, whom he parents with his partner Jörn – and his bare-bones take on Grandpa Cohen’s Hallelujah showcased how that uniquely beguiling voice has matured over the years.

Jörn wasn’t left out of the tribute song line-up either; he must surely find the recently-penned paean to the prospect of love ending in death, Peaceful Afternoon, as achingly redolent as the audience clearly did.

It’s a slight shame, though, that a moment of weirdness temporarily disorientated the overall mellow mood. Wainwright certainly isn’t the first artist to rail against Donald Trump from the stage, and I keenly support all those that do… but was an awkward rap written by a hip hop artist friend and featuring an on-stage visitation from what appeared to be a roadie wearing tiny speedos, high heels and a parka – more JT Leroy than Melania – really the best way to do it?

But as we’ve established, there are many facets to Wainwright. Maybe an old-fashioned fan who swoons at songs such as the wistful, evocative Art Teacher, the moody, allegorical ode to decadence and self-denial that is Cigarettes and Chocolate Milk, and the poignant Poses, while recalling dreams from her own, strange, years gone by is never going to get with the political pragmatist programme, preferring instead to dive into a swimming pool full of ribbons.

For me – and, I’m guessing, for many others like me – Rufus Wainwright is those ribbons, throws and soft, downy feathers made flesh.