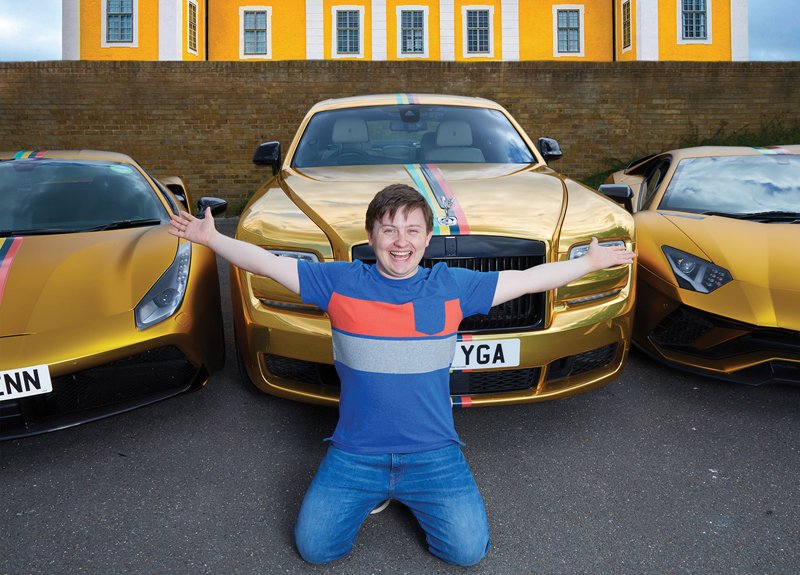 The son of the man who invented the Bumfresh toilet roll has everything that a 12-year-old could possibly dream of… and way, way too much more. A massive TV in every room in his massive house. A fleet of Formula One racing cars. Hundreds of pairs of trainers. Pet crocodiles. An in-house water slide. A robot butler catering to his every whim. More chocolate than he could ever eat; more cash than he could ever spend; more of everything, coming at him all the time, whenever he wants it. What more could Joe Spud actually want? Ah, the one thing that money can’t buy: Joe wants a friend.

This thoroughly engaging musical adaptation of popular British actor, comedian, author, Britain’s Got Talent judge and TV presenter (phew!) David Walliams’ 2010 novella – adapted and directed by Neal Foster and produced by the Gangsta Granny/Horrible Histories team – brings the ultimately uplifting tale of Joe’s plight to vigorously dynamic life, blending plenty of mischievous humour and waggish charm with a strong but subtle ‘moral message for da kids’, seasoned with a soupçon of surreality (a voyage into Walliams’ World is never going to be a docudrama, is it?)

Matthew Gordon is instantly loveable as poor little rich boy Joe, artfully lurching from being old beyond his years to nowhere near as mature as more streetwise boys of his age tend to be as each fast-paced scene unfolds. As Joe’s new-found (but almost lost) friend Bob – the straight-talking, thoroughly grounded kid whom Joe meets when his dad allows him to ditch his posh private school in favour of the local comprehensive – Davy Bell does a glorious job of keeping Joe balanced on his emotional tightrope, despite threats from slick hipster Jayden (Bernard Mensah): a boy who most definitely isn’t as sincere as he seems. Emma Matthews is deliciously daft as bizarre dinner lady Mrs Trafe, bringing back fond memories of Victoria Wood to audience members of a certain vintage; Rosie Coles spits’n’sparkles as Joe’s dad’s opportunistic paramour Sapphire; Aosaf Afzal, as Raj, is the corner shop owner that makes us all yearn for the good old days before the Metro/Local versions of supermarkets made real corner shops redundant.

But overall, Jason Furnival as Joe’s dad is most deserving of the Golden Buzzer. Whether he’s desperately trying (but cataclysmically failing) to make his son happy, haplessly giving his heart away to a gold digging harpy or landing his helicopter in the school car park in a scene that thoroughly lives up to the spectacular spectacle that such an incident suggests, he’s a tragicomic character who could teach Shakespeare’s Polonius a thing or two; when, at the final denouement, all’s well that ends well, we’re cheering for Joe and his dad in equal measure.

Walliams’ World might be a bit weird, but it’s definitely wonderful; when it comes to inspiring stories for kids of all ages, this writer definitely has talent.