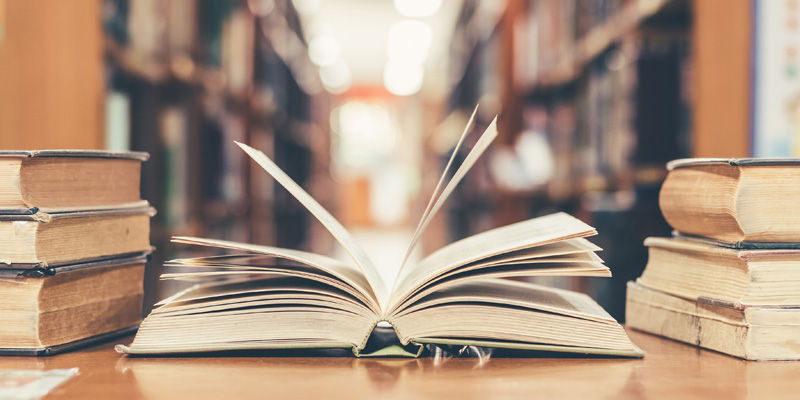 The Bath Festival – with many of this year’s events now being rescheduled for the autumn and for May next year – always celebrates books in their diverse forms. One of the events that had been planned this year was a discussion about ‘hidden stories’ and how, with some detective work, they can continue to provide engrossing reads. Director of Handheld Press Kate Macdonald – who was to mediate the event – talks to us about the lure of forgotten tales.

Kate Macdonald has been looking for lost stories all her life. She first realised the thrill in her teens, when The Book of Merlyn, the fourth volume in T. H. White’s Sword in the Stone tetralogy, was published in 1977 after the manuscript had been found in White’s papers after his death. “I suddenly became aware that stories I loved had authors who might lose them, and that stories could be found again if you knew where to look,” says Kate.

Kate remembers a long-lost story by John Buchan that she discovered at the British Museum. “It was his last short story, and it was listed in the bibliographies, but no-one, not even his family, had a copy. It took two days of working through the old printed British Library catalogue. But then I opened the only existing copy of the 1930s charity magazine that he’d donated that story to, and there it was: classic Buchan, a brilliant ghost story. I was the first person to read it again after 50 years.”

As publisher of Bath-based Handheld Press, Kate specialises in bringing back into print forgotten fiction and lost authors. A recent publication by Handheld is a new edition of Business as Usual by Jane Oliver and Ann Stafford, a delightful 1933 novel about working on the book floor of a London department store.

“I’d been giving a talk in London to the Angela Thirkell Society, and one of the members had brought some old books she wanted to sell. I had never heard of Business as Usual or the authors, but I bought it for £3, and read it on the way home to Bath. I nearly missed my stop, it was so good!” Several weeks of research to find the authors’ estates took Kate to a local history society in Hampshire, and then to Orkney to meet Jane Oliver’s nephew, who gave her the family history to write the introduction.

“It’s not just whether the story is a good one; it’s the hidden history and the forgotten social networks illustrated by these lost stories that make them important. Gloucestershire author Alice Jolly’s Mary Ann Sate, Imbecile, published by Unbound, is an outstanding example of how fiction can illuminate lost lives and a historical period through her invention of one woman’s voice,” says Kate.

“Forgotten fiction is definitely fashionable now among publishers. The Women’s Press and Virago began the recovery of lost women authors as a feminist project, followed by Persephone Books. But now we have lots of reprint publishers in niche markets: novels about women in domestic interiors, or Golden Age crime classics. There’s a new readership out there now; the millennial reader is keen to discover the stories from ages gone by. But what can the old stories tell us now, in the age of pandemics and climate emergency? Are they just for comfort, or can they inspire us?”