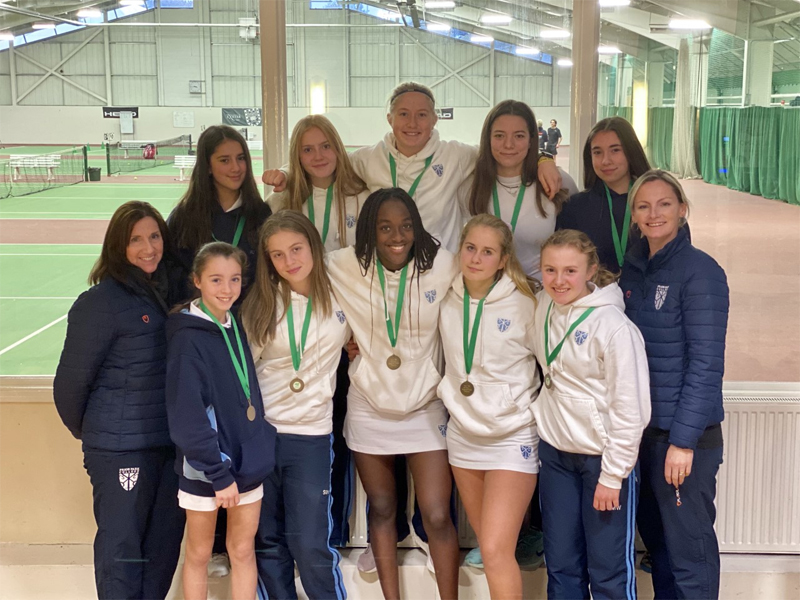 Two Prior Park students have been selected for the England Hockey teams this season, and Prior Park College girls have success at the Schools Team Tennis regional playoffs.

Congratulations to Will Prentice and Jack Webb of Prior Park College on their selection for the England U18 and U16 Hockey teams for this season. Both boys went through a very long selection process and have made the squads for the Test matches and tournaments that will take place between Christmas and next summer.

Director of Sport at Prior Park, Mr Rhys Gwilliam, commented: “We are extremely proud of the achievements of both boys and it is just rewarding for all of the hard work and dedication they have put into their hockey.”

Prior Park College girls had a fantastic day at the LTA Schools Team Tennis regional playoffs on Thursday. The year 7/8 and 9/10 both won the regional finals beating Talbot Heath 6-0 and 5-1 (respectively) to secure their place in the National Schools Team Tennis Finals in Bolton in December.

Head of Tennis, Mrs Sara Scolla commented, “Only four schools in the country will compete in this event so it is a fantastic achievement by our girls.”

This success follows on from the girls’ fantastic achievement over the summer when Prior Park College came 4th in the LTA National Schools’ Tennis Finals.