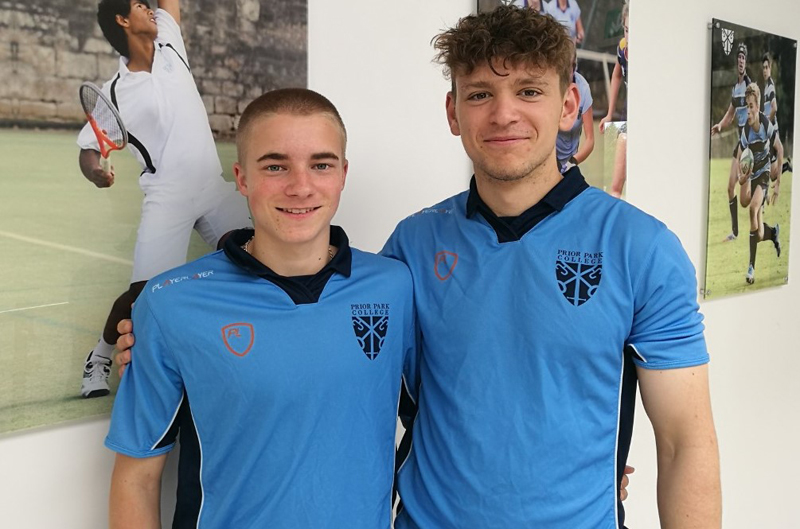 Prior Park College has not one, but two students selected for England Hockey

Following three trial phases, Hugh Page’s selection for the final England U18 squad was confirmed.  The squad will play three separate series against the Home Nations, Wales, Scotland and Ireland over the summer holiday period. Impressively, Hugh is balancing training and trialling alongside completing his A Levels, where he is hoping to attend Nottingham University to read Chemistry.

Jack Hobbs was invited to trial again for the England U16 squad as he represented them last year as an U15, scoring on his debut against Ireland.  His selection for the final England U16 squad now confirmed, Jack will play in a series of test events against Wales and Scotland over the summer holiday period.

Head of Hockey at Prior Park College, John Jackson, himself an international player having represented Ireland at the Rio 2016 Olympics and with 275 caps to his name, commented and praised the boys’ efforts over the year. “The amount of motivation and discipline to get to this level is huge, let alone in the year we have had, and when preparing for their A Levels and GCSE’s respectively. It speaks volumes of their character, ability and most importantly the love and care they have for their hockey. Both boys are fully deserving of their junior international caps and are an asset to the College, to their families and England! We wish them every success.”