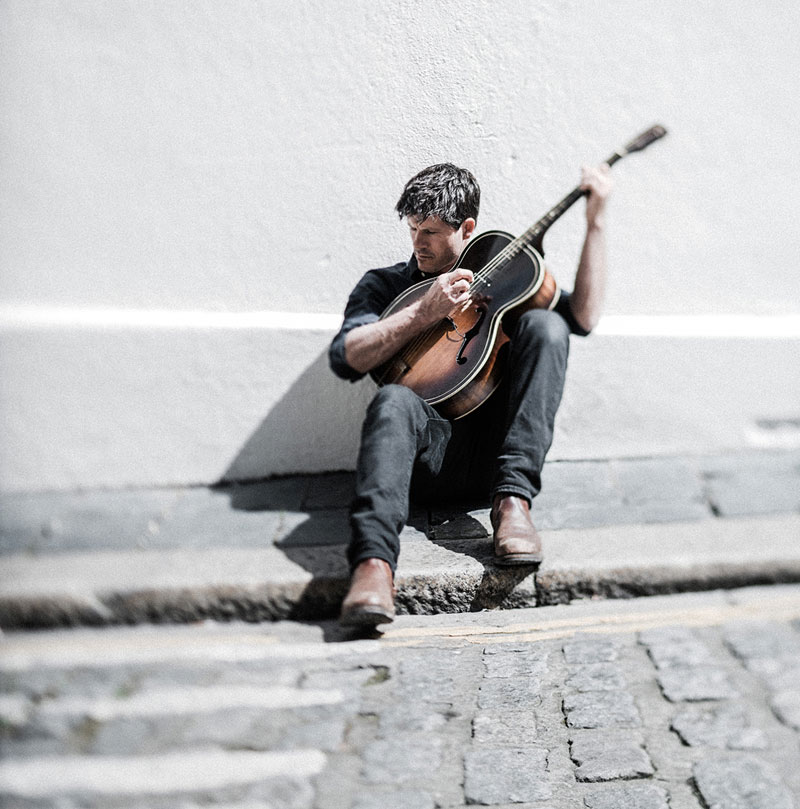 Passing the music down: an interview with Seth Lakeman

Seth Lakeman has already wowed the crowds on the main stage at the Bath Festival Finale Weekend in previous years and he’s doing the same again on Sunday 8 August. Emma Clegg asks him about his musical roots, his passion for folk music, his storytelling drive and how he manages to play so many instruments

Some people are destined to live in music. Folk singer, songwriter, and multi-instrumentalist Seth Lakeman is one of those. “My parents used to run a folk club on the edge of Dartmoor, so throughout the eighties we’d go as young kids every Sunday for open night to see people play,” Seth explains. “It was a great place to absorb some of the best English folk musicians who were passing through – we got to see the likes of Martin Carthy, Richard Thompson, Roger Wilson, and Chris Wood. My dad was also a great concertina player and singer and that was a big influence on us three boys.”

‘Us’ were three brothers – Seth, Sam and Sean – who together as the Lakeman Brothers released their debut album Three Piece Suite in 1994. They later formed a group called Equation with Yorkshire-based Kathryn Roberts and Kate Rusby.

Even when he went solo (in 2002), family remained a cornerstone of Seth’s music. His 2005 Kitty Jay album – with all songs written and inspired by stories and legends from Dartmoor – was recorded for less than £300, and was put together in a week, produced with his brother Sean in his kitchen. “Because it was myself and my brother engineering and producing, there was no cost to it.,” Seth says.

The music itself is a rhythmic, captivating brand of indie-folk songs written by Seth; he has a wide following, with albums of note including Kitty Jay and the gold-selling Freedom Fields in 2006. His latest offering and 10th album, A Pilgrim’s Tale, was released in February 2020, a year that marked four centuries since The Mayflower ship departed the UK. The album was released amidst a selection of UK concerts where Seth visited locations significant to the ship’s journey. The record is narrated by the actor Paul McGann and features guest performers including Cara Dillon, Benji Kirkpatrick, Ben Nicholls and Seth’s father Geoff Lakeman.

The narrative theme of A Pilgrim’s Tale encapsulates the storytelling drive behind folk music. “I am a singer songwriter and I am very interested in local history. I think that all those influences are strong in my rhythms and melodies, using local legends and the mystery that surrounds this area of Dartmoor that we live in.

“Folk music goes straight to the heart of a subject and the story and there’s an enormous amount of depth in the songs,” explains Seth. “Folk is different to other styles in that it’s timeless. It’s very much about celebrating life – the whole tradition of passing the music from one person to another is a vital part of people’s culture, their heritage and who they are. The music has an epicness that represents life.”

Seth is most associated with the violin, or fiddle as it’s known in folk music, and the tenor guitar, but he also plays the viola, banjo and bouzouki, and transitions naturally from one instrument to another. “It’s quite a natural process,” he explains. “As a songwriter in my early twenties, each year or two I extended the arsenal of instruments a bit more as I experimented. It’s a natural progression for me. I can’t really play the guitar – I muck about in the studios – but I wouldn’t stand there and play solo. I can hold my own as a violinist, but I couldn’t hold my own as a virtuoso bouzouki player up against a Grecian. That would be pretty difficult.”

Seth received a phone call from Robert Plant on New Year’s Day in 2017 and after this they started to work and perform together. He recorded with Plant on his Carry Fire album and then went on tour with him in the UK, and later in the US and Australia, as part of his band The Sensational Space Shifters (including at The Bath Festival in 2018), and he also performed as the support on the shows. “The man is an absolute legend,” says Seth. “You can’t help but be in awe of what he’s achieved and what he’s still achieving. It’s fascinating to see how much enthusiasm, almost childlike enthusiasm, he has for music, all over the world. The likes of Robert and Justin [Adams, blues and African guitarist and composer who plays with Plant’s band) will sit down and talk about their love of blues and early American music. It was a massive education for me and a big influence for the future, working with one of the best bands out there. Being part of that was a total privilege and I’d love to do it again.”

“Robert has lived through a huge legacy of material and I hope I have the same energy when I’m older. Certainly my dad is full of energy. Seeing my dad and Robert together was amazing – they got on really well. My dad has this huge passion for music – he is out all the time. They are similar characters – they have this glint in the eye and they just love discovering and searching for songs and stories. It’s very inspiring.”

When Seth was playing with Robert Plant he mostly played viola: “The viola was something that worked with Robert’s voice. For some reason the tone of it iust matched and they could play off each other. The violin sank into the Americana and things sounded too melodic. The viola has a darker tone. The violin is the instrument to go for if you want to leap out of somewhere and get closer to your own voice when you are singing.”

The writing process is not always easy, Seth explains. “Because writing music is self motived, it’s often a real challenge to come up with ideas. It’s hard to know where to step next. When I started to think about A Pilgrim’s Tale I had to work out where to start and where to stop. I had to tell the story of this epic voyage and wanted to represent two sides, the pilgrims and the indigenous people.

“The challenge of writing is always tendering up something from nothing. The point where you’re in a studio is where you channel the ideas. I love that moment.“

In 2020 Seth did a four part series on Radio 2, called Seth Lakeman’s Folk Map of the British Isles, where he explored the distinct folk and traditional music sounds of Scotland, England, Wales and Ireland, talking to some of its greatest proponents and asking what makes each tradition distinct. “They gave me a dictaphone for 12 months and asked me to wander around festivals, shows and clubs, chatting to people in the music industry. We compiled at least 80 interviews representing the four nations – it was a fascinating process for me, and I learnt a lot from each episode.”

Of course when you are telling stories, you also need to accumulate experiences. For Seth this is the most exciting stage of his musical journeys: “The greatest thing about music is that it gives you the opportunity to travel and have these wonderful journeys that take you to places that you wouldn’t normally go. Music has always opened so many doors of possibility, as a journeyman and a traveller, it’s like being a modern day gypsy.”

Seth Lakeman will bring his band to the main stage at Bath Festival Finale Weekend on 8 August; bathfestivals.org.uk