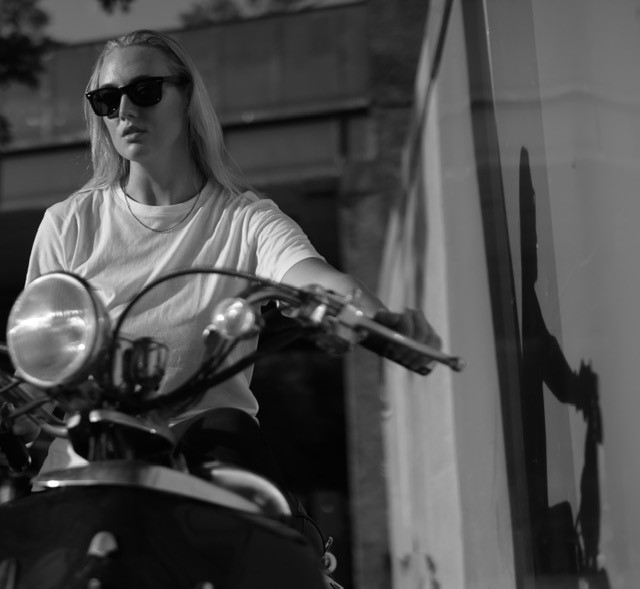 Old Millfieldian Rosie Smith has recorded her debut album at the iconic Abbey Road Studios in London, with a team of internationally renowned producers.

Multi-instrumentalist Rosie was invited, after a chance meeting, to record her debut album and EP with the team from Abbey Road Studios who have composed and produced songs for the likes of Celion Dion, Kylie Minogue and Timberland. During the production of her album she recorded a further eight acoustic tracks that will form a stand alone Abbey Road acoustic album due for release in January 2022, including her original songs and covers.

One of her original tracks, ‘My Friend Ben’, is named after former Millfield guitar and songwriting teacher, Ben Kench, who passed away during Rosie’s time at school. Rosie said, “Ben was the most incredible guitarist, he would offer advice but he wouldn’t push it on you. He would say ‘listen to this and see what you think’. He was a really big influence.”

Southampton-born Rosie, moved to Somerset with her family after joining Millfield Prep School as a Sports Scholar before transferring to a Drama Scholarship and a music award for voice for Sixth Form. Throughout her schooling, Rosie was an active member of Millfield Music School’s ensembles including award-winning Chamber Choir, Camerata, close-harmony acapella group, Augumented Sixth and the Whole School Choir. She has recently graduated with a first from Rose Bruford College, London, where she studied to become an actor/musician.

Alongside recording her debut album, the singer-songwriter has opened for popular band, Lawson, on their winter tour which was her first supporting role as a musician. The twenty-one-year-old supported the band on their eight-day tour schedule around the country with original tracks, some of which she wrote during her time as a student at Millfield. The tour started in Leeds and ended on 6 November at O2 Shepherd’s Bush Empire, London.

Rosie said of her time at Millfield, “It’s a very safe environment, it was lovely being here. There’s a lot of kindness here, which I think has opened my eyes to recognise that this gentleness helps you feel secure enough to go into a practice room and scream out a song even though its not perfect. [The Music department] was very diverse. It helped me understand my voice by doing classical repotoire I was building my falsetto without even realising. And then, with contemporary, you’re working on mix, which I really enjoyed.”

Rosie’s Abbey Road acoustic album is due for release on 14 January 2022 with her debut single ‘Breakfast for Dinner’ and music video is scheduled for release in February 2022. Her album of 17 original songs with be released in Spring next year.