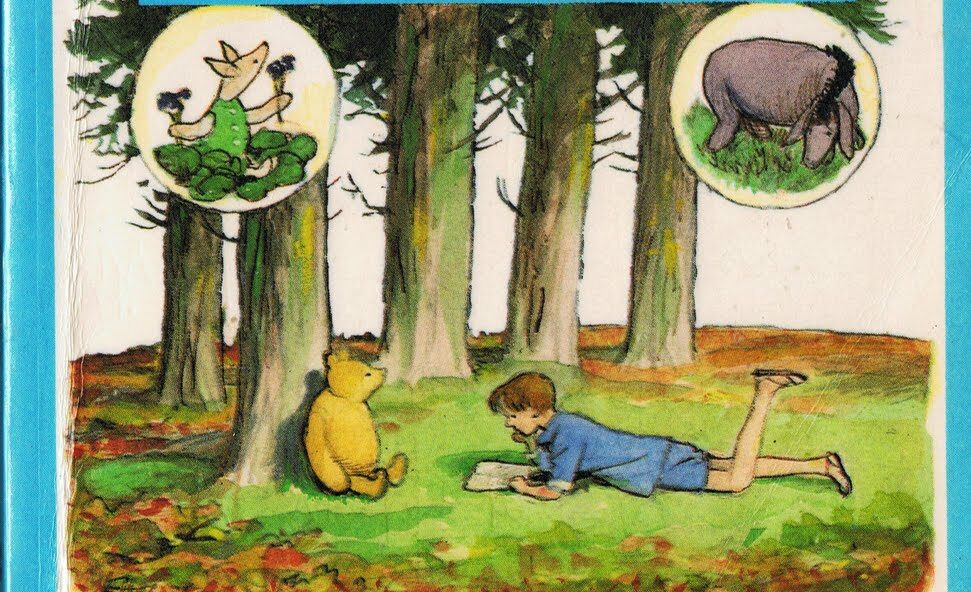 Gerie Herbert finds some wintery reading reading classics that are as popular today as they ever were – from Winnie the Pooh and Mog the Cat to the Grinch and the Moomins, they encompass light and joy as well as darkness and morality.

When C.S Lewis wrote the dedication for The Lion, the Witch, and the Wardrobe – his book in which winter is perpetual but Christmas never comes – for goddaughter Lucy Barfield, he acknowledged she had outgrown his tale and hoped one day she might be old enough to start reading and enjoying fairytales once more. And it’s a strange truth that the books we discard as being too childish for us at the age of 10, we often enjoy as much as our young children in parenthood, and actively grieve their loss in that transitional time before becoming grandparents. That’s the time where we store them in an attic for the future progeny of our children who will of course be fully receptive to all the classics from our own childhoods, despite the slightly dubious gender politics or degree of moral didacticism, managing to sift out the underlying magic regardless.

Christmas and winter books are a special sort of fairytale which should only ever be put away for eleven months at a time. Firstly, because they are celebratory and often full of the loveliest things, a winter illustration in Moominland Midwinter or the setting of a winter sun in an A.A. Milne chapter being as calming to a young infant as something like Bruegel’s ‘Hunters in the Snow’ to an adult. Secondly, because whether you are a child absorbing them with wonder for the first time, or an adult revising your view of them, they will contain truths that will help you mitigate both the excitement and the less joyous aspects of Christmas whatever your age, or remind you of what Christmas is meant to represent within yourself. Because while it’s a cliché to hate Christmas, all of us understand how it was the Grinch came to be the Grinch and how being excluded from the societal norm in any sense at Christmas can be painful.

We might even acknowledge our own lovingkindness can sometimes get diminished under the trudge of visits to the supermarket and the holding down of the day job. Christmas at some point invites a state of ambivalence and the best Christmas stories encompass this. They not only encourage us to become better no matter how big or small, but encourage a degree of compassion for our current or future failings. No Christmas story in the traditional sense, but the chapter in The House at Pooh Corner in which Pooh and Piglet trudge out in the snow to build a house quite unnecessarily for their cold and rather misanthropic friend Eeyore encapsulates how confusing the dynamics of Christmas and our responsibilities towards others can be.

There are few Christmas stories that don’t contain both darkness and light, resurrection, or redemption – even Mog the Cat is worn down by all the forced cheerfulness that Christmas delivers. Edmund in The Lion, the Witch and the Wardrobe is redeemed by the resurrected Christ figure Aslan because there is a degree of compassionate acknowledgement he went wrong at his awful school. In the Shirley Hughes Classic Lucy and Tom’s Christmas, a small delight on the domestic rewards which come part and parcel of being home with small children (the putting together of paper chains, the mixing of the Christmas pudding), Tom is sent off with his grandfather on Christmas Day because of his bad temper from being up all night listening out for Father Christmas. The Grinch only delivers because ultimately it is a tale of redemption, and in Moominland Midwinter, the abandoned Moomintroll (his parents are hibernating) grieves not only the absence of the sun but to some extent his own childhood. The glistening landscape hosts a community of oddbods in no way delivering recompense for the absence of his rather irreplaceable family.

“There are such a lot of things that have no place in Summer and Autumn and Spring. Everything that’s a little shy or a little rum”, says Too Ticky. And yet there is gentle acknowledgement accorded that not only will Moomintroll have to find a way to process his darker emotions within the bleaker months, but that this eccentricity of the minor characters in his life, the invisible shrews, the Dweller under the Sink and such belong in a season more forgiving of peculiarities and life is warmer for their presence.

And then there are the allegorical stories, such as the Narnia one, which lean on a biblical narrative whose message we may not accept the literal truth of but want our children to receive the essential ones from. Make time for some reading out loud this Christmas, whether its Pooh or Piglet at twilight in the snow or The Grinch stuffing the tree up the chimney, it could make you, if not a better person, probably a happier one.