The American Perspective: Side by Side at the American Museum in Britain

Following the opening of the UK’s only immersive exhibition to mark the centenary of America’s entry into the First World War, The American Museum in Britain is challenging the misconceptions about US troops’ contribution to the conflict. Side by Side: America and World War I tells the stories of ordinary Americans such as pilots, nurses, politicians and authors, and their remarkable wartime experiences.

The exhibition examines how some Americans, determined to take up arms with the Allies before the US officially joined the war in 1917, volunteered overseas, a number famously becoming pilots in the Lafayette Flying Corps with the French Air Force. The exhibition features rare artefacts, diary entries, wartime footage and a life-sized replica of a French Renault FT17 tank.

At the beginning of Side by Side, you can pick up an identity folder featuring the personal stories of Americans who lived through the conflict. As you move through the displays, you can use the folder to find out more about the real life experiences of each character at certain stages of the war.

One extraordinary artefact on display is a watch that was salvaged from the wreckage of the RMS Lusitania. This British ocean liner was torpedoed by the Germans in 1915, resulting in more than 1,000 people losing their lives including 128 neutral Americans. The sinking of this ship arguably contributed to the decision for the US to declare war against Germany two years later. 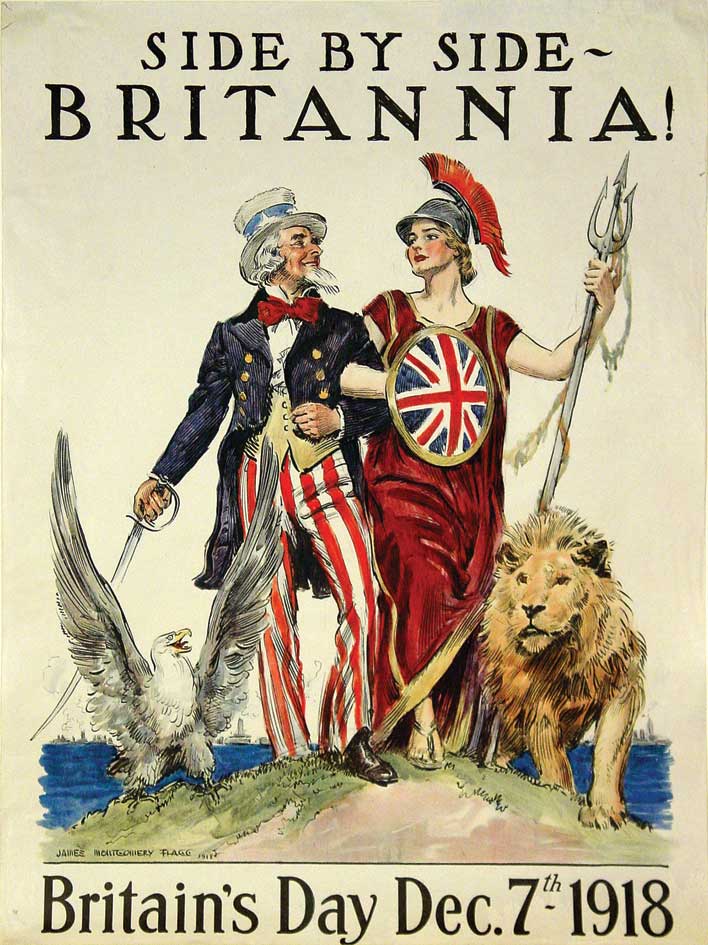 Side by Side also highlights the experiences of those often left out of the historical accounts of this period, including African Americans, Native Americans and women. It is astounding to discover how even in the middle of an international conflict, many African Americans experienced racism in the forces and were given lowly tasks such as grave digging and canteen work. In contrast, the exhibition analyses how the 369th Infantry Regiment from New York, made up of mostly African Americans, were welcomed by the French unit they were assigned to on the Frontline in 1918. Owing to their bravery during the six months of combat – the longest stationing of any unit during the war – the regiment became known as the Harlem Hellfighters, celebrated for their courage and dedication, and were awarded the Croix de Guerre by the French military.

As a result of the life-changing injuries that many suffered during the war, the exhibition shows how prosthetics were developed further. The displays include the work of Boston sculptor Anna Coleman who set up a Red Cross studio in Paris and used her artistic skills to help those with disfiguring conditions by re-constructing facial features.

The exhibition is interactive and suitable for all ages. You can select your opponent and play battleships, or test your medical knowledge in the Red Cross tent and see if you can diagnose patients’ symptoms.

By focusing on the first-hand experiences of Americans, Side by Side provides a refreshing take on the involvement of the US in the First World War. The exhibition dispels the myth that the US simply stormed the war and won it for the Allies, showing how they cooperated with one another, exchanging ideas and materials that contributed towards victory.

Side by Side: America and World War I is at The American Museum In Britain, Claverton Manor, Bath until 28 October; americanmuseum.org