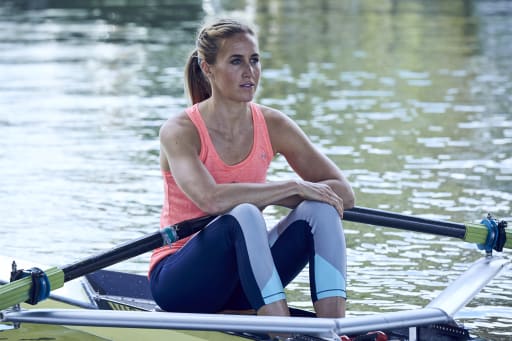 Leading sports school, Millfield in Somerset has the highest number of Olympians attending the games in history.

Thirteen athletes and one coach will be flying to Toyko in the coming weeks to compete for their countries. Nine athletes will be part of Team GB, one will be competing for Kenya and one for Hong Kong. The school had nine alumni in the London 2012 Olympics and 10 (including two coaches) in 2016 at Rio.

In swimming, James Guy, Kieran Bird, Brodie Williams, Suzanna Hext (paralympics), Muis Ahmad and Danilo Rosafio have been selected for their respective countries, which is the largest number of swimmers the school has ever seen at an Olympic Games. Millfield’s Director of Swimming and former Olympian who also attended Millfield as a student, Euan Dale, will join Team GB as a coach in Tokyo.

Joining the swimmers will be Helen Glover and Rory Gibbs competing on the water for the GB rowing Team. Helen stepped away from rowing to have her three children and is making a comeback as the first mother to compete for the GB rowing team. Oscar Coggins is representing the Hong Kong triathlon team, Jaz Sawyers for the GB athletics team in long jump, Tazana Kamanga-Dyrbak is representing Denmark in the 4x100m relay and both Alec Coombes and Ollie Lindsay-Hague have been selected for the GB rugby sevens team.

It is Millfield’s extensive and diverse facilities, unique timetable allowing for regular training along with the blend of specialist coaches and centralised sports programme that sets the school apart.

Old Millfieldian James Guy said, ‘I’ve been around Millfield for a long time, the staff here really did help me massively and without them I wouldn’t be where I am today, World Champion and Olympic medallist, Millfield is where my dream began’.

Dr Scott Drawer, Director of Sport at Millfield, said: ‘Sport is synonymous with Millfield, and we are proud to place it on the pedestal it deserves in developing young people. Our vision at Millfield is to be the world leader for the development of children through sport, and looking at the vast list of previous Olympians and success stories, we have been leading the way for some time. Many of our students reflect on these formative years and how it has impacted their future careers’.

Millfieldians have competed at every Games since 1956, with 56 athletes representing nine different countries and a total of 16 medals won (5 gold, 4 silver, 7 bronze). The athletes competing this summer will add to the school’s proud Olympic heritage.