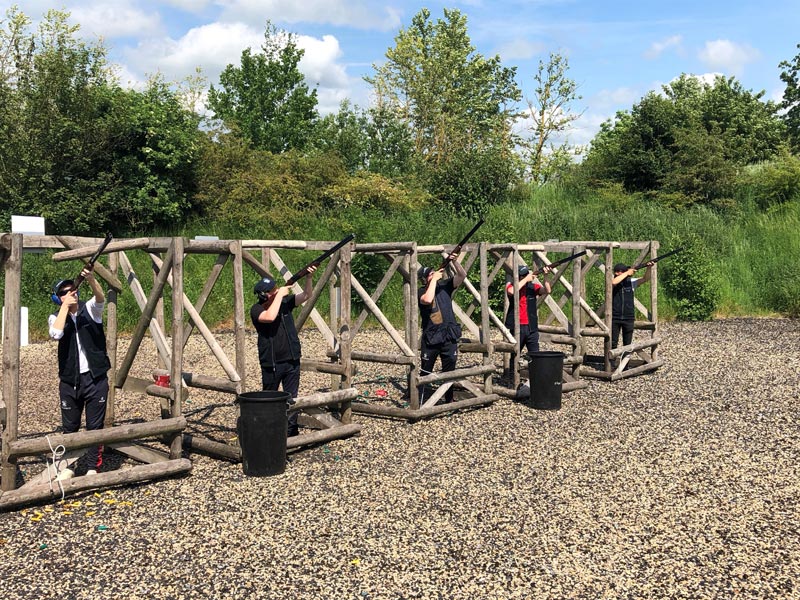 The 35 strong squad won four inter-school fixtures with the final fixture being the Independent Schools National competition held at the prestigious Holland and Holland ground, in Northwood, where they beat last year’s winners Strathallen, and also beat Eton, Harrow and Bryanston.

The first team won both the overall competition and the flush in which they scored 78 out of 80, receiving a round of applause from the officials. Congratulations to: recent Upper Sixth leaver Myles Cullen (Captain), Lower Sixth Boris Findlay and Year 11 Patrick Salisbury and Ivor Fothergill. The trophies will be presented to the team during the Autumn term. The second team came fifth and included Upper Sixth leavers Alex Ware and Spencer Findlay, Lower Sixth Alex Mayman and Year 11 James Hoddinott.

Despite the pandemic restrictions, the squad have continued their rigorous training schedule whenever their home ground was available to them.

The students train with a dedicated team of coaches provided by Mendip Shooting Ground under Head Coach, Alex Hill. The programme includes trips to other grounds to practice unfamiliar targets and terrain. The group ended the term with an intensive and enjoyable training session at the Barbury simulated driven shoot days.

Millfield clay shooting will be hosting their own competition next November, with many old competitor schools signed up alongside some new ones.