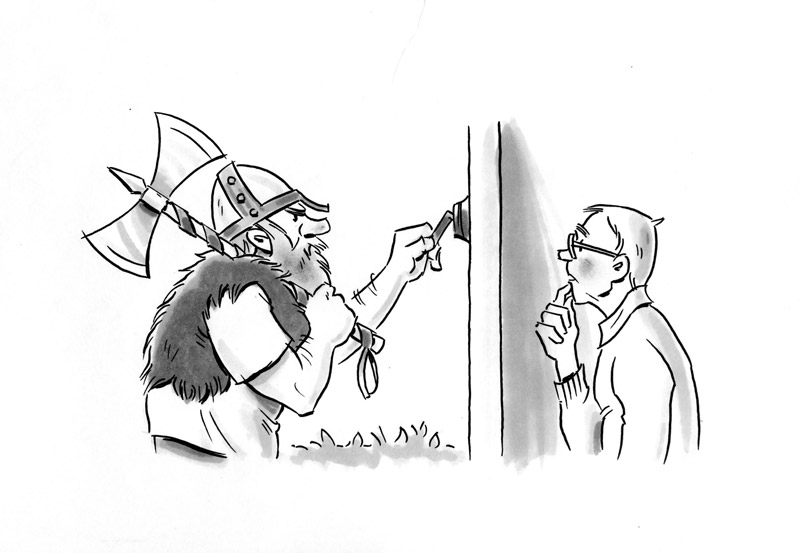 January – and I am sitting in my favourite caffeine watering hole writing the first column of a brand new year. This is the month when traditionally we resolve to cast off the old battle-scarred remains of our no-doubt eventful journey through the year and enter a more rounded-looking new one.

Will you be striving for new beginnings? There is an expectation around the usual list of ‘calls to action’ that has to begin at the stroke of midnight. Choose from quitting smoking, cutting down on your wine intake or how about banishing that extra stone you’ve acquired? You can even swear allegiance to your local gym and get fit. Maybe some of you will be opting for something more revolutionary as a resolution, like being nicer to people?

I haven’t touched a cigarette for nearly 29 years – thanks to the finger-waving pressure applied by my then partner. Mind you, looking back, l cannot claim instant success. My first attempt was done publicly – with a drum roll – on a late night live entertainment programme broadcast by HTV West called The Weekend Starts Here. I stubbed out what I genuinely hoped would be my last cigarette and the whipped-up-to-a-frenzy studio audience clapped their approval.

Needless to say it took another attempt – three months later – to finally do the deed and follow through. It followed the market launch of what were then new-fangled nicotine patches by way of a free sample that I was given. Here’s where l have to admit to not being a stickler when it comes to reading instructions.

The whole idea behind this method of giving up smoking revolves around using patches of different nicotine strength. So you start with the big one and wean yourself off this obnoxious drug by gradually transitioning to smaller patches. To be honest, I ended up looking like I had wandered into a swarm of bees with plasters of every variety covering both arms. And there was no vaping alternative in those days – the only vapours that were available then came in the form of a bottle of smelling salts.

The month of January – in case you didn’t know – is named after the Roman god Janus. He is the two-faced deity who can look to the past and the future at the same time. Among his many credentials, he’s the god of transitions and new beginnings. He also has responsibility for protecting doors and gates. This is not quite so glamorous, it’s true, but maybe that’s why people traditionally like to open their front doors as the clock chimes midnight to let in the new year – a.k.a. all those ‘new beginnings’. I believe that to balance the effect, the back door has to be opened too – to give the old year an escape route.

It’s very unlikely that I would open the door after midnight to someone hammering on my Jane Austen knocker, but if this were Scotland and not Lower Swainswick, the belief would be that the first person to enter a household in the new year would dictate its fortunes for the next 12 months.

A ‘lucky’ first-footer in an ideal world is a dark-haired male who arrives bearing a coin, a lump of coal, a piece of bread and a drink. This would be whisky north of the border and Bath gin down our way. A man bearing these things is said to represent financial prosperity, warmth, food and good cheer.

Now, I hear you ask, why does it have to be a dark-haired male? Well, according to Scottish folklore, back when the Vikings invaded, the arrival of anonymous fair-haired men on your doorstep would have signalled trouble.

Our neighbours must have felt they were being invaded when my parents threw a New Year’s Eve party when I was a child. There were no fireworks at midnight then. The grown-ups grabbed pots, pans and metal spoons and took to the street to make as much noise as possible. I’m not sure if it was the old year they were chasing away or just a couple of roosting pigeons, but the memory still rings in my ears.

Talking of pagan deities and their earthly responsibilities let’s remember Venus, the Roman goddess of love, who early in her mythological career was just a lowly spirit of the kitchen garden. How about that for getting back to your roots?”