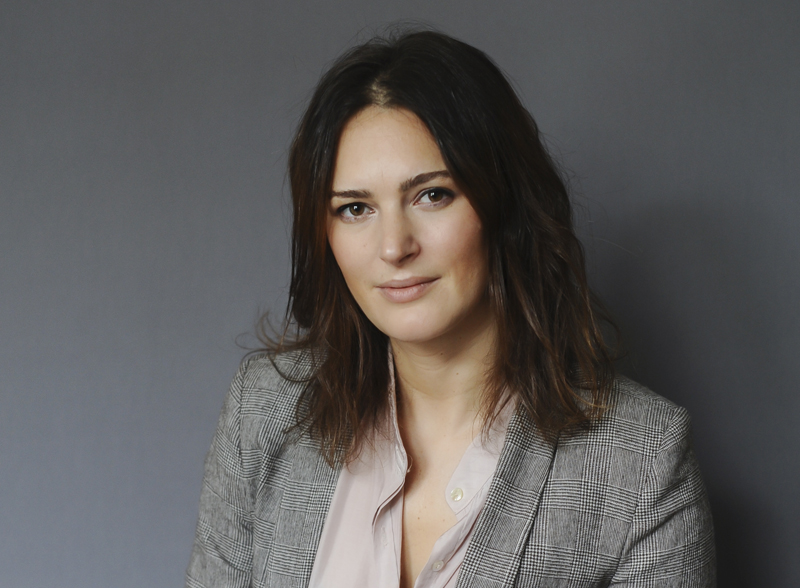 Author and journalist Elizabeth Day presents a podcast called How To Fail. She explains to Emma Clegg how she has come to understand that talking about failure is the ultimate expression of strength

There’s something disarming about the phrase ‘how to fail’. The enabling, positive ‘how to’ and the downward negative of ‘fail’ seem to turn the idea of failure into a triumph. Journalist and author Elizabeth Day started a podcast in July 2018 called How To Fail and her recently published memoir of the same name has become a Sunday Times top-five bestseller, described as ‘life-changing’ by critics.

So what’s it all about? In a world where everything is positively spun and presented to perfection, not least on social media, is it possible that failure might be a good thing?

The idea of the podcast started with the end of a relationship. “I got dumped,” says Elizabeth. “It was three weeks before my 39th birthday and I was devastated by it because that stage of my life was not looking how I’d dreamt of it when I was a child – I always thought I would be married with children by my 40th birthday.” While Elizabeth was licking her wounds she listened to lots of podcasts – listening to pop music made her feel too sad – and had many honest conversations with her friends about how
she was feeling.

“Gradually I realised, looking back at my thirties, that I’d grown so much stronger as a result of things going wrong. And because of that I’d actually had a much richer life.

“I began to think how great it would be if we could open up this conversation to a wider audience and make it more public, because so often we feel more ashamed to say that something has gone wrong. So I started thinking about doing a podcast.”

Elizabeth drew her own logo, she sold her wedding dress on eBay to fund the first few episodes and then she asked friends and contacts to be her first eight guests – among them Sebastian Faulks, Phoebe Waller-Bridge, Gina Miller, Dolly Alderton and Sathnam Sanghera. Each of them were asked to name and discuss three failures in their lives, humorous and lighthearted or intense and probing. Loaded on iTunes in July 2018, three weeks later her podcast was number three in the iTunes chart. “I realised that a lot of people had been yearning for precisely this kind of conversation,” says Elizabeth.

Did any interviewees struggle with the idea of opening up in this way? “The novelist Sebastian Faulks wasn’t sure he was a good subject for the podcast. He said to me, ‘I’m just not sure that I have failed.’ And that was fascinating because this wasn’t a mindset that I was used to as a woman who is constantly questioning herself.

“He didn’t find it difficult to open up to the idea of failure but he just didn’t categorise it like that. He failed to win an Italian literary prize, but he flipped it and said ‘I was lucky enough to come second and I had a lovely trip to Italy and I got to eat pasta and meet wonderful people.’”

Sebastian also named the time that he baked a soufflé and it failed to rise as one of his failures. “He was being facetious, but it was interesting that out of the three failures, that was one of them. A lot of the women I approached said that they couldn’t whittle it down to just three. It’s quite an interesting disparity.”

Other named failures are small, but highly significant. Guardian columnist Nesrine Malik named one of her failures as getting a B in GCSE English. “She never told a soul, other than her family, because it was so shameful to her. It just didn’t tally with her identity. And she hadn’t spoken about it, ever.”

Then there was business owner and activist Gina Miller who brought a case against the British government in 2016 over its authority to implement Brexit. “Gina was completely engaged with the idea of failure from the outset – she believes that everyone fails and we need to cope with it because we need to build up the notion of resilience.”

“It is difficult in the sense that I ask people to be honest, in quite an intimate way, and that doesn’t always come naturally. But I am always pleasantly surprised by how willing my guests are to go to profound places.”

The failures that have been aired have included everything from living with depression, homelessness and suicide to failing driving tests and not winning tennis matches. One of the most memorable podcasts for Elizabeth was with mental health campaigner Jonny Benjamin. Jonny was diagnosed with schizoaffective disorder when he was 20 and shortly afterwards he found himself standing on the edge of Waterloo Bridge about to take his own life. “Because he was in so much pain he could not see a way of continuing,” says Elizabeth. “A passing stranger noticed his distress and stopped to talk to Jonny. That simple act of human compassion changed Jonny’s life, because he stepped back from the edge and has gone on to be this amazing man. Six years later he launched a campaign to find the stranger and they were reunited.”

In her podcast, journalist and broadcaster Dolly Alderton quoted from Leonard Cohen’s Anthem: “Ring the bells that still can ring // Forget your perfect offering // There is a crack in everything // That’s how the light gets in.”

Remembering this, Elizabeth says, “We are so much more beautiful as humans because of the scars we carry, because they are the source of our connection with each other.” You can connect through vulnerability in a way that you can’t when you are too busy telling everyone what a wild success you are.”

Elizabeth feels that her own experience of failure – not fitting in at school, not listening enough to herself, having unrealistic expectations, having a trail of failed relationships including a divorce – has relevance for lots of people. “My own journey of failure has taught me about who I am and what I want. And about the necessity of being brave and being yourself. Being yourself is the only way to be, and being real, admitting to your flaws, your vulnerabilities and your failures is the ultimate expression of strength.

“So my life is about knowing who I am and knowing that I am connected to everyone else on the planet. And to the world that I find myself in. The rest of it is just noise.”

Elizabeth says that her How To Fail podcast has a positive future. “I get lovely messages saying ‘please never stop doing this podcast because it’s become a really important part of my life’, and I feel a responsibility to those lovely listeners. One of the great joys of podcast is that it’s honest. It’s so lovely to let an interview run into places that I find interesting and that the person wants to speak about. We’re seeing a shift, actually, in a world that is so governed by 280 character tweets. I think there is a yearning for something slower paced and more revealing.”

Elizabeth Day appeared at The Bath Festival in 2019; thebathfestival.org.uk