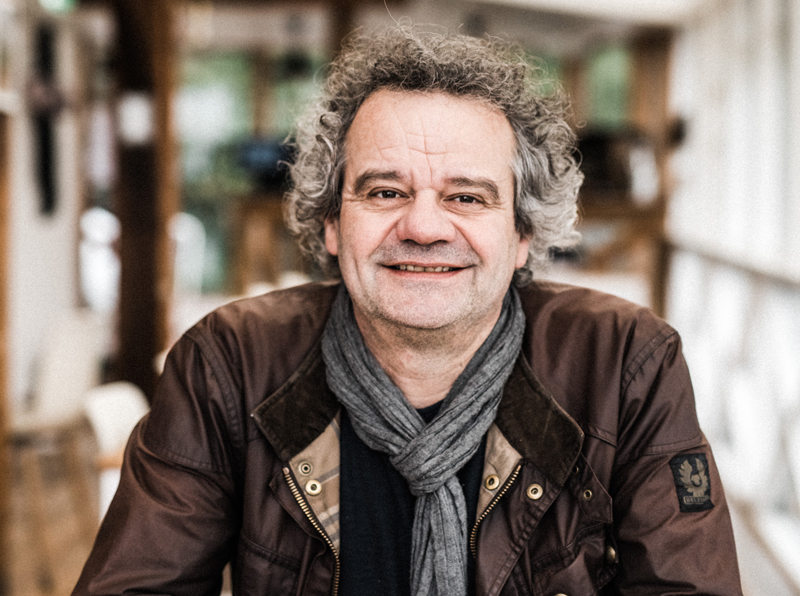 Melissa Blease sits down with famous chef, Mark Hix as he prepares for his Harvest Dinner at The Pump Room on 19 November

HIX Oyster & Chop House. HIX Oyster & Fish House. HIX Mayfair, HIX Selfridges, HIX Soho; Tramshed Shoreditch, Hixter Bankside – we haven’t even mentioned the Great British Menu yet, nor the multiple cookbooks, nor the MBE for services to hospitality, appointed in 2017. But you’d have to have spent the last ten years hiding under a far-flung rock not to know which great British chef we’re focusing on here. And on Tuesday 19 November, he’s coming to Bath (The Pump Room, no less!) for one night only, bringing a very special Harvest Dinner to one of the city’s most historic, elegant venues, starting off with a sparkling wine and canapé reception around the torchlit Roman Baths.

“Yeah, I’m doing a series of little dinners with Searcys,” says Mark Hix, chatting to me while struggling into his whites in readiness to take to the hob at an event in Lyme Regis (where Hix, who was born in nearby West Bay, spends his weekends.) “I’m rustling up my favourite kind of menu, based around locally sourced, seasonal produce. It should be good!” he says, in what I understand to be a typical example of the Hix understatement.

For Hix, you see, is one of those chefs who lets his food do the talking for him, describing his style of cooking as simple, seasonal and British, and adhering to his self-enforced rule of no more than three main ingredients on the plate. “By choosing an ingredient carefully, it requires less treatment,” he says.

But what does the celebrated chef’s chef do to chill out when his whites are in the wash? “Fishing!” he says. “I like to get my rods out whenever I have the time, wherever I am, on the sea or on a lake. I’ve fished on Chew Magna lake before, and it was just lovely. I hope I have the time to do it again when I’m in Bath.”

Whether or not Hix will be spotted making a splash when he’s in our neck of the woods remains to be seen – but there’s one thing he can guarantee: “Good food and great wine are always at their very best when accompanied by a lot of fun,” he says. “We’re going to make sure that The Pump Room feast will be a lot of fun.”

• Tickets are £75, includes a sparkling wine/canapé reception, a three-course dinner with matching wines and coffee: searcys.co.uk