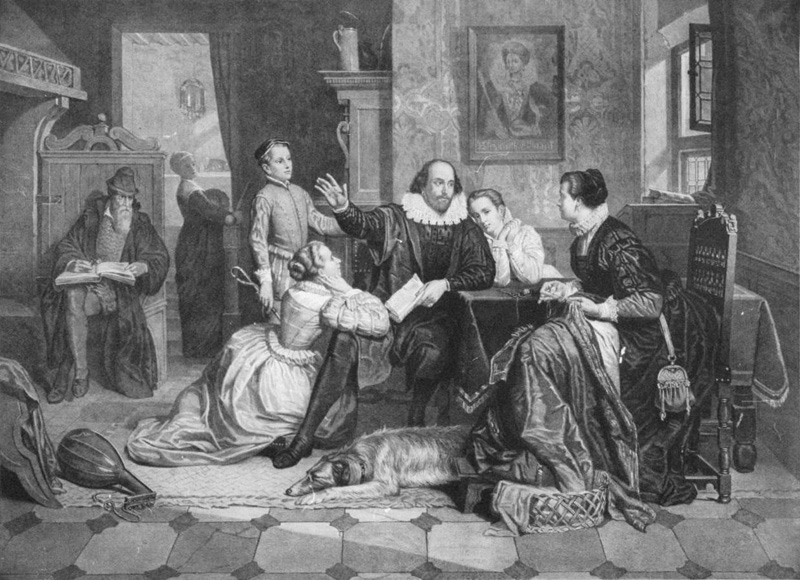 Hamnet: A story of love and loss

Shortlisted for the Women’s Prize of Fiction, Maggie O’Farrell’s Hamnet imagines the short life of William Shakespeare’s only son. Millie Bruce-Watt delves into the novel and explores the parallels between two worlds battling the effects of a global pandemic

In 1596, William Shakespeare’s only son, Hamnet, died from the bubonic plague in Stratford-upon-Avon. He was 11 years old and contracted the disease from his twin sister, Judith, who survived the illness. Four or so years later, the famous playwright wrote one of his most powerful and influential works of literature and duly named the tragic hero after his son. Maggie O’Farrell’s Hamnet – a name interchangeable with that of Hamlet – is a profound study of love and grief and imagines the story behind Shakespeare’s great tragedy.

It arrives more than 400 years after a virus travelled from the Mediterranean to Stratford, and then to the thatched-roof home of Shakespeare, his wife and three children. We now read O’Farrell’s extraordinary description of the life of a family battling the effects of a deadly disease, just as a pandemic is shaking the world we know today.

In April, O’Farrell was shortlisted for the Women’s Prize for Fiction, with the winner being announced in September at a rescheduled ceremony. The Irish-British author said that although her novel was written before the coronavirus outbreak, eerie parallels can be found between the two worlds. O’Farrell has previously won the Costa Novel Award for her novel The Hand That First Held Mine and has appeared in Waterstones’ 25 Authors for the Future. Her memoir I am, I am, I am: Seventeen Brushes with Death also reached number one in The Sunday Times Bestseller list.

The inspiration for O’Farrell’s latest novel, however, was sparked 30 years ago when she learned of the young boy’s fate while studying Hamlet at school. Hamnet’s short life did not feature prominently in his father’s biography despite his death sending long-lasting ripples through the lives of those he left behind. This inspired O’Farrell to delve deeper into an unknown part of the playwright’s life – a part that eventually led him to write one of the greatest works of his career.

Maggie O’Farrell’s Hamnet is a profound study of love and grief and imagines the story behind Shakespeare’s great tragedy.

Although this is not O’Farrell’s first engagement with historical fiction, with her 2006 novel The Vanishing Act of Esme Lennox set partly in the 1930s, Hamnet is written like no other. The dreamlike prose and reference to figures from mythology and folklore transport you away from both this world and the one we previously knew of Shakespeare, allowing us to explore a relatively unknown path in the playwright’s life. O’Farrell not only intimately explores the famous marriage between Shakespeare, and his wife Anne Hathaway, who is referred to by her Christian name Agnes in the novel, but weaves a theme of family love through the very fabric of the tale. We learn of the strong bonds between a mother and child, a brother and sister and a father and son. Once the illness leaps from Judith to Hamnet in August 1596, however, the novel becomes a breathtakingly moving study of grief. The boy who once bounded through the meadow “like a hare, like a comet” becomes like a “blue-white lily flower” and O’Farrell’s accurate portrayal of maternal and sibling bereavement leaves the readers’ eyes glossy.

From the outset, Agnes is characterised as an unconventional spirit, “a girl that lives on the edge of the forest”. She understands animals and people; she is a beekeeper, a falconer, a gifted herbalist and a mother to “the whole town, the entire county”. O’Farrell places Agnes at the very heart of the novel and, as a result, we experience an almost entirely female take on the story, allowing us to explore the playwright’s life more intimately.

Names are also of great importance in O’Farrell’s story. Throughout the novel, the most famous character is merely referred to as “her husband”, “the father”, and “the Latin tutor”. Shakespeare himself has very little speech, freeing the narrative of the weight that he carries, allowing the reader to empathise with the lives of a normal, domestic family coping with the loss of a loved one. When we first learn Agnes’s name, there is focus on its pronunciation, showing how her identity and uniqueness are at the very core. “Said differently from how it might be written on a page, with that near-hidden g. The tongue curls towards it yet barely touches it. Ann-yis. Agn-yez. One must lean into the first syllable, then skip over the next.”

The dreamlike prose and reference to figures from mythology and folklore transport you away from both this world and the one we previously knew of Shakespeare, allowing us to explore a relatively unknown path in the playwright’s life.

Similarly, Hamnet’s name becomes almost sacred after his death. Agnes could not understand how her husband could “thieve” their son’s name and, she became enraged every time she heard her Hamnet’s name on stage, resisting the urge to tell them not to “dare pronounce his name”. Here, we also see Shakespeare and Agnes’s worlds collide and it becomes clear that while Shakespeare was busy writing the play in the capital he was missing the real business of life back home.

Throughout the novel, there is also very little reference to Shakespeare’s birthplace, Stratford, and O’Farrell instead uses street names and local terms to navigate through the town. The accuracy of O’Farrell’s research and the description of Shakespeare’s former home, complete with the smells of the workshop and the heat of the cookhouse, is extraordinary and drops the reader directly into the family’s close-knit community. London is also merely on the periphery of the novel and, instead of feeling a rush of urban excitement, Agnes expresses her disgust for the city’s chaotic and unclean streets, describing London Bridge as “noxious” and “oppressive”.

Hamnet is evidence that there are always new and fascinating stories to be told, even about well-documented historical figures. This is a story about grief, and the means by which families find their way through it. Many would argue that Hamnet’s life, although rarely dissected in the history books, unquestionably had an effect on his father’s work thereafter. However, O’Farrell leaves it up to the reader to decide whether his comedies featuring twins were a playwright’s small gesture to remember the youngest of his three children. Ultimately, O’Farrell’s ability to take us into the minds of a great playwright, a dying boy and a grieving mother is simply outstanding. Hamnet is a strong contender for the Women’s Prize for Fiction.

Hamnet is published by Tinder Press; £16.99 and is also available to buy at Topping & Company