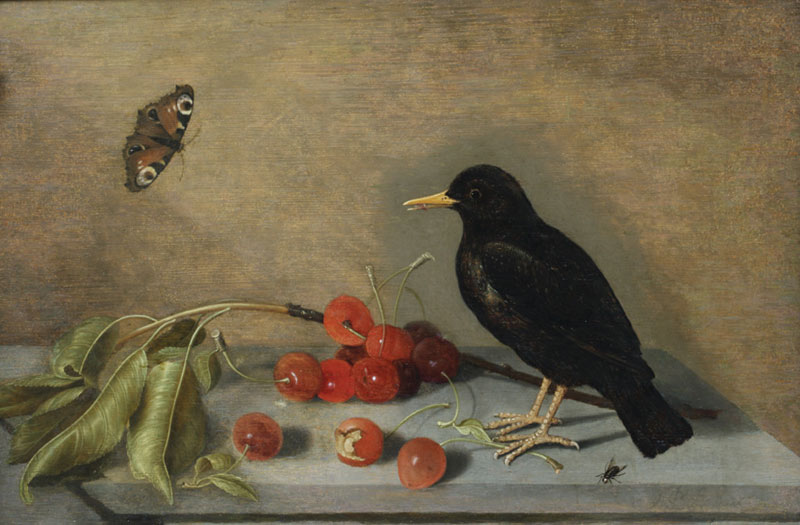 Going Dutch: Prized Possessions from the National Trust at the Holburne Museum

The National Trust has a million paintings in its collection – a new exhibition at the Holburne Museum takes 22 of them to give visitors an insight into the detailed realism of the Dutch Golden Age, discovers Emma Clegg

Prince Rupert of the Rhine, Duke of Cumberland (1619–1682) was the nephew of King Charles I and a prominent Royalist military commander in the English Civil War. His portrait in the new exhibition at the Holburne Museum, Prized Possessions: Dutch Masterpieces from National Trust Houses has a substantial physical presence with its elaborate, gilded frame swathed with raised golden details and clambering angels.

Painted by Simon Pietersz Verels, the painting shows Rupert leaning languidly, his left arm dangling. His face, partly in shadow, looks out of the frame in a nonchalant, can-I-really-be-bothered kind of way. The soft sheen of the rich red velvet in his outfit; the shimmer of the silk on his neck scarf; the plush, supersize golden tassels hanging from his waist are all captured in crisp, absorbing detail. His hands are less defined ­­– one flopped in mid-air, the other softly enclosing a cane. It was customary for painters then to use clothed padded models as they worked on the details of the outfit. The hands here do look rather like those of a cloth dummy. Even the face only emerges hazily from the fuzzy circular mass of wig.

This painting’s permanent home is at Petworth House in West Sussex, in the small dining room, above a doorway. So the opportunity to see it here, face to face, is as uplifting for the National Trust curators, David Taylor and Rupert Guilding, as it will be for the visiting public.

Prized Possessions brings together some of the National Trust’s best-loved works of 17th-century Dutch ar, celebrating the enduring appeal of Dutch Golden Age painting and the British country house. The National Trust has over a million paintings in its collection, so how inspired to extract examples in this way.

The Dutch Golden Age was a period when the Dutch Republic was the most prosperous nation in Europe. It coincided with the end of the Eighty Years War for Dutch independence. This conflict – albeit interspersed with periods of peace – saw the Protestants rising up against their Spanish Catholic overlords. The war resulted in major shifts in population and a rejection of overriding Catholic traditions. Within Dutch art, the cultural re-delineations saw a massive fall-off in religious subjects and a new interest in the secular, and the evolution of a realistic style that had its roots in the work of the Flemish Primitives during the Northern Renaissance.

Self-Portrait by Rembrandt van Rijn was bequeathed to the National Trust as a relatively low-value painting, thought to have been a later copy or the work of a pupil. In 2013 it was identified as a self-portrait by Rembrandt, and worth up to £20 million. Wearing a dark hat with a majestic feather and with the eyes and face heavily shrouded in shadow, it is painted in a ‘tronie’ style typical of the period. This sees the model – in this case Rembrandt – playing a role, dressed as a stock character rather than a real person. The painting has a dwelling resonance and a hardly there sardonic smile, perhaps in keeping with the idea that the sitter isn’t real. In fact Rembrandt’s work has a history of being difficult to identify because he had many pupils and was endlessly copied. 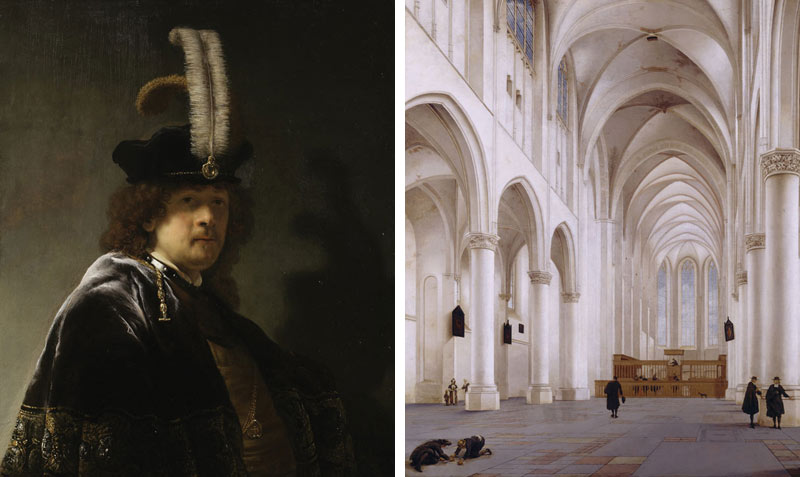 There are fascinating stories captured in the canvases. View of Dordrecht by Albert Cuyp is one of the National Trust’s most beautiful paintings. It shows Dordrecht from the north-east, at the junction of the city’s busy waterways. The soft, hazy afternoon light; the angular silhouettes of the masts and buildings against the sky; and the resonant, shifting clouds create the Italianate serenity for which Cuyp was renowned. An unusual, long landscape format, it was at one time cut to form two paintings. You can still see the join, masquerading as a shaft of sunlight.

Many connections have been woven between the works. Take Gerard von Honthorst’s portrait of Elizabeth Stuart. Briefly Queen of Bohemia, a strong patron of the arts and a highly political figure, she was the eldest daughter of James I of England and Ireland (she was the young Elizabeth who those behind the Gunpowder Plot were planning to kidnap) and her grandson was George I. She was also Prince Rupert’s mother. Wearing a black mourning cap and a veil, the sober hues and her severe expression are offset by her luminous skin in shades of pale, and the way her pearl jewellery catches the light.

Dunham Massey: Bird’s-eye View from the South, 1697 by Adriaen van Diest, is the first painting you encounter. Now permanently displayed in the Great Gallery at Dunham Massey, it shows the early Tudor house with its formal garden and newly planted park. Intriguingly, Van Diest’s son, Johan, once worked for Ralph Allen as a painter in Bath. Cornelis de Heem’s A Still Life of Flowers and Fruit was originally bought by William Blathwayt for his house at Dyrham Park. The composition, notable for its animated colours, constantly unravels new surprises: slugs feasting on fruit, peaches showing signs of mould, pale peonies peeping around mossy bark and fragile butterflies in flight.

Prized Possessions gives you revelatory insights into significant paintings held by the National Trust and acts as a mini homage to the detailed realism of the painters of the Dutch Golden Age. We are the paintings’ keepers – the National Trust looks after them for us, and exhibitions such as this allow us to keep them in our hearts.

Following the exhibition at the Holburne Museum, Prized Possessions will tour to the Mauritshuis in The Hague and the National Trust’s Petworth House in West Sussex. So Prince Rupert will return home.