In light of ongoing developments resulting from the Coronavirus, some events may be cancelled or postponed. Please check organisers’ websites for any updates.
Thank you for your patience and continued support. 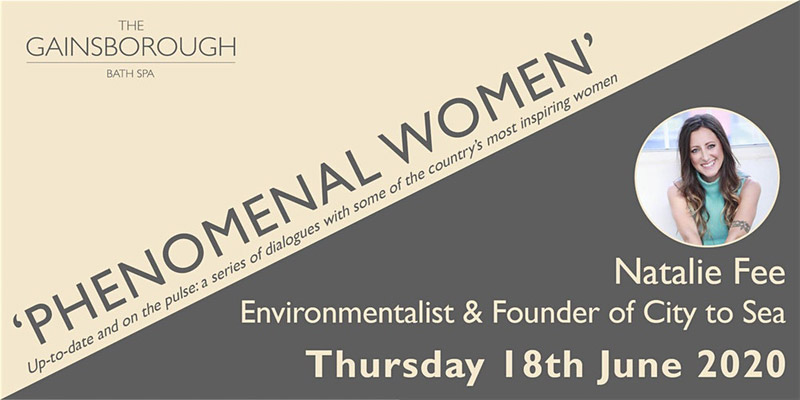 Natalie is an award-winning environmentalist, author, speaker and founder of City to Sea, a UK-based organisation running campaigns to stop plastic pollution at source.

In 2018 Natalie was listed as one of the UK’s 50 New Radicals by The Observer / Nesta and in the same year the University of the West of England awarded her the Honorary Degree of Doctor of Science in recognition of her campaign work.

She won the Sheila McKechnie Award for Environmental Justice in 2017 for City to Sea’s #SwitchtheStick campaign.

Her latest book, How to Save the World for Free, was released last year.

For more information and tickets: eventbrite.co.uk/phenomenalwomen