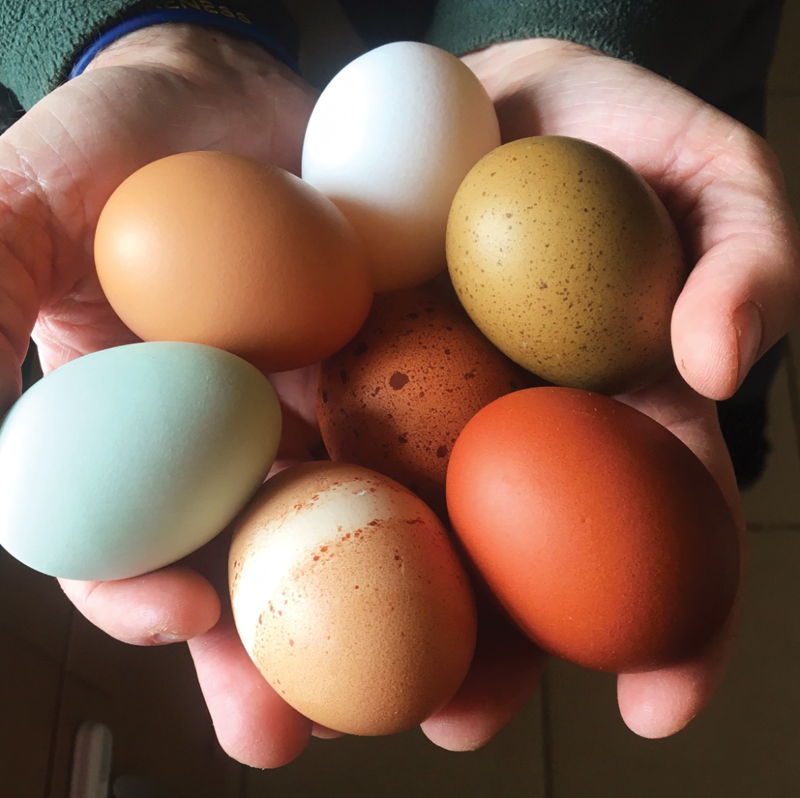 There can’t be many people unaware that Old Macdonald had a farm – E-I-E-I-O. But it’s doubtful that anyone who used to sing this nursery song, when it first emerged in the 1920s, gave a second thought to the moral welfare of Old Mac’s multiple animals.

But fast forward to the 21st century and Matthew and Louise Macdonald’s brood (seven-year-old twins Archie and Noah and 20-month old Hugo) are part of a new generation of children to whom Old MacDonald’s way of life is antiquated. For their mum and dad are, in their own words, ‘new-fashioned’ farmers.

Lou says: “Our main aim is to produce the best quality produce from the happiest animals. High welfare is a priority to us. All our animals are fed an organic diet, and we’re working hard to support rare breeds that are at risk of dying out, while educating people about them.

“We’re a fully sustainable farm, with a low carbon footprint too. It isn’t the most cost effective way of farming, but the rewards far outweigh the effort and costs.”

Such commendable practices have, however, paid off in terms of customer loyalty; the quality of New Macdonalds Farm poultry, pork and meat rates highly among the most popular ranges at Hartley and Neston Farm Shops, and farmers’ markets around Bath. But meaty matters aside, there’s another very special activity going on down on the farm.

Soft sky blue, pearly white, milk chocolate and the prettiest ever shade of pink; olive, cappuccino and speckled; New Macdonalds Farm’s Quattro Eggs (quattro meaning four in Italian, because there are always a minimum of four colours guaranteed in each box) are known for their wonderfully rich taste and, of course, those beautiful coloured shells. But there’s no chicanery going on behind the scenes in the coops to produce those almost ethereal shades. “We don’t feed our hens artificial additives to colour either the shells or the yolks,” says Lou. “All our hens have a totally natural diet, including organic corn, flax, and kelp. To an extent, what they eat may determine the yolk colour as certain foods contain carotenoids which make the yolks more orange – but that’s a totally natural benefit, just like the colour of the shells.”

Today, Lou has almost 30 different breeds in total and also hatches chicks, some pure breeds and some crosses, including her own Kingsdown Green Olive hens, and she has a quail project in the pipeline. But egg-sciting news aside, the farm has come a long way since it was first established around 11 years ago.

“Our story began when a friend of Matt’s asked him to lend a hand on his dairy farm,” Lou recalls. “He’d been a carpenter/joiner for 18 years, but he fell in love with farm life and ended up helping out for two years. As for me, I’ve always been a lover of animals and have been vegetarian since the age of nine, but like Matt, farming was hardly in my blood – I’d mainly worked in office-based jobs. But when we got married in 2009 we moved to a village just outside Bath. Some land become available to rent, and we jumped at the opportunity, bought a small flock of sheep, went on to buy a small herd of Dexter cattle . . . and here we are today!”

In 2015, the Macdonalds moved into a bigger farm on the Neston estate in Wiltshire – and that’s when Lou started to hatch her own plan.

“Matt and I had been producing rare breed meats for several years, but being vegetarian I just couldn’t get enthusiastic about rearing animals to eat, even though I very strongly feel that if someone’s going to do it I’m glad it’s us, as our welfare policies are so high. But I had this dream about rearing my very own small flock of hens that produce different coloured eggs – pretty eggs. Something different, and not just your standard free range, tinted eggs.

I have to admit that Matt (and several other people) said it would never work. But that just made me even more determined to make a success of my plan. I purchased 40 hens of different breeds and colours, and within a few weeks they started laying gorgeous coloured eggs which I started selling to villagers. As more people started seeing them, the orders started growing; two years on and, even though I’ve got 500 hens (each of which produces a specific colour shell), I’m struggling to fulfil our orders.”

“All our hens have a totally natural diet, including organic corn, flax, and kelp…”

Food fashions can be as fragile as shells. In recent months, the egg’s breakfast plate companion, bacon has been subject to a bombard of negative headlines. How do such campaigns affect Matt and Lou’s business?

“Bacon, sausages and ham have been a topic of controversy in recent months, deemed unhealthy to eat because of the high level of nitrates used in the processing of these meats,” says Matt. “We have our bacon dry cured in a salt cure, and although it does contain nitrates, the level is much lower than typical shop-bought options. Our sausages are a minimum 90% pork, unlike many brands that contain as little as 40%. Everything we produce has health benefits considered, including our eggs.

“It’s sad, though, that so many of today’s food trends focus on low fat because good fats are very important for health. Having said that, not all food trends are negative. Since Jamie Oliver highlighted the issue of food waste and promoted pullet eggs (very small eggs from new-laying hens) in his latest series, we’ve noticed a demand for us to supply them.

“We count Jamie, Hugh Fearnley-Whittingstall and Jimmy Doherty among our own food heroes, as they’re all so good at raising awareness of where our food comes from and how it is produced.”

Matt and Lou support local food businesses, suppliers and producers when away from the farm too, citing The Longs Arms head chef Rob Allcock (“an amazing chef, who creates fabulous vegetarian dishes and homemade ice cream in nearby South Wraxall”) and the creative team behind Hunter & Sons (Milsom Place) as their favourite escape-from-it-all chill out zones.

“Widcombe Deli and Cafe au Lait in Dorchester Street also offer some delicious treats and bites, and we’d particularly like to shout about local producers such as Warleigh Lodge farm in Bathford, which not only produce delicious home reared beef, lamb and pork but also hosts school visits, educating youngsters about farming, animals and food. And Ivy House Dairy is simply a lovely family farm, producing deliciously creamy dairy products from their own herd of organic Jersey cows.”

While we’re so lucky to be surrounded by so many egg-ceptional food producers, I’m confident that I won’t be left with egg on my face for saying that this month’s food heroes win the Eggs Factor for us.