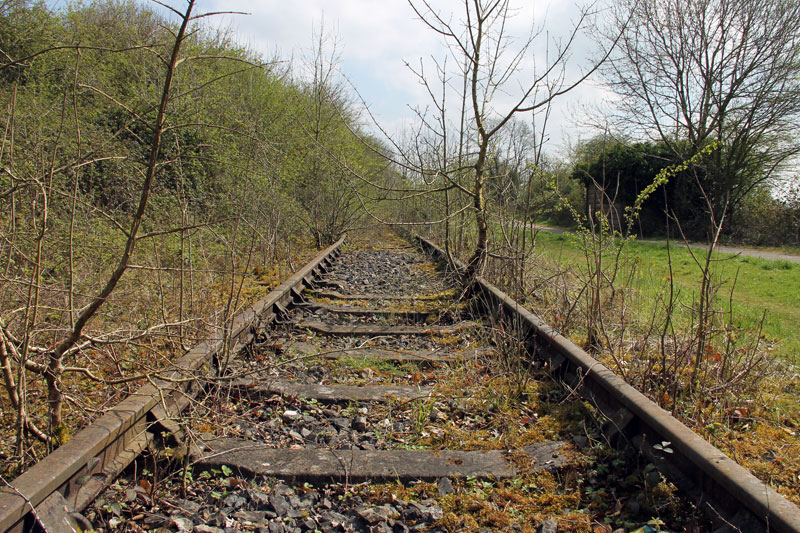 Echoes of the past: A walk around Kilmersdon

Kilmersdon lies in a deep hollow amid some of the most unspoilt countryside in Mendip, a landscape characterised by hedgerows, small fields, coppices and green lanes. To the east lies Ammerdown House, surrounded by 18th century parkland, rising to a high escarpment topped by a towering Victorian folly.

To the south lies Babington House, at the head of a valley whose springs were dammed to create ornamental lakes and cascades. It stands in lordly isolation, for the medieval village which stood here was cleared away so as not to spoil the view. Even the old church was demolished, although the one that replaced it is among the best-preserved Georgian churches in the country.

Echoes of the past also come in the form of the weed-choked track of the North Somerset Railway, along which trains once trundled. On one of the remotest stretches lies­ the rusting shell of an old brake van which no one thought to tow away before nature began the process of reclamation.

It is this timeless, little-known area which is explored in this month’s walk. Mostly flat or with gentle climbs, it offers no serious obstacles, apart from a few stiles, and you are unlikely to encounter any livestock. It lies almost entirely in countryside, and certain stretches are far enough from roads to seem almost uncannily quiet. Unfortunately there are also two short stretches along moderately busy roads, where you will need to watch your step and keep control of any dogs or children accompanying you. From Bath, head to Radstock along the A367, take the A362 towards Frome and after two miles turn right along the B3139. Park in the car park at Kilmersdon village hall, signposted on the left (ST696523).

Cross the main road and turn right along the pavement. Follow the road as it curves left, and, 50m after passing Hoares Lane, cross and follow a footpath sign through a kissing gate (KG). After 100m, just after the hedge curves right, go through another KG and follow a track across a field. Continue through another KG and follow a track leading across a footbridge into Babington Wood. Follow a broad path beside the brook, which was dammed in the 18th century to create a series of picturesque cascades. After climbing away from the brook, the path leaves the wood through a pair of gateposts, reminders of the time when this was a carriage drive to Babington House.

Carry straight on and, after going through a gateway, follow a path past ornamental ponds (ST704512). To your right is Babington House, designed around 1705 by an unknown architect, and altered around 1790, possibly by the Bath architect John Pinch. Today it is a country hotel and members’ club. The path leads past the Grade I listed-church, built in the 1740s, probably by John Strahan or William Halfpenny, and owned by a charitable trust since being declared redundant in 1993.

Just past the church, turn left along a drive. After 250m, look for a waymark on the left, go through a gateway and carry on with the hedge on your right. At the end of the field, turn left and after 180m go through a gap in the hedge to carry on along the road (ST709511). As this can be busy, you may want to keep to the left-hand side so that oncoming traffic can see you.

After 300m, when you come to the crossroads at Cornish’s Grave, carry straight on. After crossing a railway bridge, turn right along a lane for 350m to the site of Mells Road station. As the village of Mells is more than two miles away, it probably saw few passengers. Freight traffic was heavy, however, as a line serving collieries and quarries branched south from here. The station closed to passengers in 1959 and to goods four years later, and today there is little sign of it.

Head along the shared-use path – the Colliers Way – which now runs alongside the abandoned line. After 450m you come to Jericho Bridge, named after a nearby farm. After another 1,000m, as you approach the next bridge, climb a ramp and turn left across it (ST730506). After a few metres, turn left to follow a bridleway sign along a green lane, which climbs uphill beside a dry stone wall.

After 500m, when you come to a crosspath leading into the fields on either side, carry on along the green lane. Follow it as it curves left (ST730515), and, after passing a timber yard, turn right along a lane. When the lane forks, bear left and, just past Buckland Lodge, turn left through a gateway (ST723520). Although it has a ‘private’ sign, this is a permissive path through the Ammerdown estate.

Follow a track heading to the left of the Jolliffe Column, commissioned by Colonel Jolliffe in honour of his father, who built Ammerdown House. It was completed in 1855 and originally had a glass observatory at the top, which was dismantled in the 1970s after being declared unsafe. Follow the track as it curves right after passing the column and cross a stile into Coldbath Plantation (ST717523). Carry straight on, and cross another stile to follow a path through parkland. Ammerdown House, which you can see below, was built in 1788 and is still owned by the Jolliffe family. Carry on, crossing another stile to follow a path past a high wall, and continue along a drive. Go through the gates at the end and turn left along a busy road, keeping to the left-hand verge (ST708529). After 150m, when the road swings left, cross and carry straight on along a lane – which, despite the ‘private road’ sign, is a bridleway. This lane leads past Home Farm, before dwindling to a green lane and dropping down to cross the old railway line. Once across the bridge, go through a gap in the hedge and follow a track across a field towards buildings. Continue along a lane and turn left at the end past Kilmersdon church to return to the car park.

For more information about the North Somerset Railway, along which a group hopes to reintroduce services, see: northsomersetrailway.com.