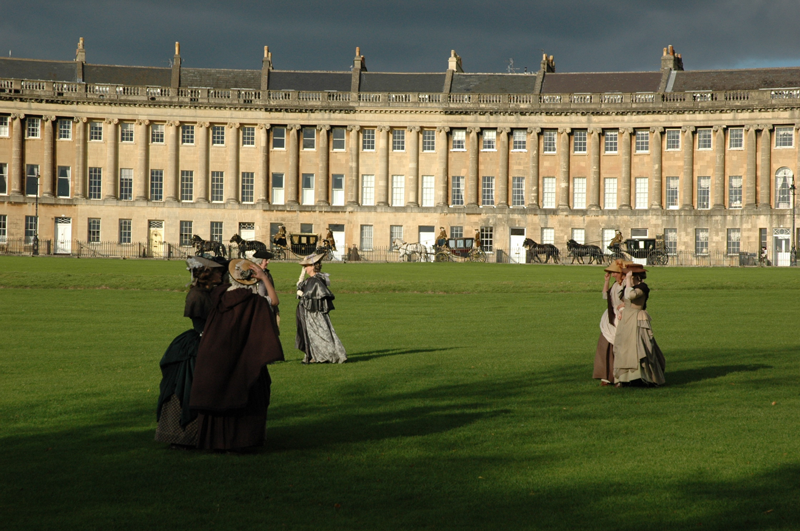 Duelling for the love of Eliza

On the bi-centenary of the death of writer and politician Richard Brinsley Sheridan, historian Catherin Pitt takes a look at the love affair that shook Georgian Bath

The romance between the playwright and politician Richard Brinsley Sheridan and the beautiful soprano, Elizabeth Ann Linley is the fuel for novels and poetry. In fact it was turned into contemporary works that thrilled the London and Bath beau mondes.

Elizabeth Linley, otherwise known as Eliza, was born in Bath on 5 September 1754 the eldest daughter of Thomas and Mary Linley. Her father was a talented harpsichordist and musical director of the Assembly Rooms; while her brother, Thomas Junior, was so musically talented he was compared to his friend Amadeus Mozart.

Eliza and her sister Mary were oratorio singers and were taken to perform around the country from a very young age. However, it wasn’t just Eliza’s voice that mesmerised crowds, but her growing beauty too. John Wilkes said of her: “The most beautiful flower that ever grew in Nature’s garden.”

One Sir Thomas Clarges was so desperately enamoured of Eliza that his friends sent him abroad until he got over his infatuation; while a singer called Thomas Norms, whose proposal was refused by Eliza, turned to drink that ruined his voice and his career.

The so-called Beauty of Bath caught the eye of the King, George III; and the artists Thomas Gainsborough and Joshua Reynolds both feted her to sit for them, which she did.

The most persistent of her admirers was a family friend, Captain Thomas Mathews. Despite already being married, Mathews was so infatuated with Eliza that he was prepared to do anything to force her to be his lover, pestering her constantly.

In 1770 at the age of only 16, Eliza’s father planned for her to marry a wealthy Wiltshire landowner, Walter Long, who was 44 years her senior. Distraught, she managed to convince Long that she was in love with another and he gallantly withdrew his betrothal, but not before compensating her father with £3,000. News of this story spread. The playwright Samuel Foote even wrote a comedy entitled The Maid of Bath satirising the situation.

Although Eliza was now free, Captain Mathews continued to harass her, causing more and more distress. It was when she was at her lowest ebb that her knight in shining armour appeared – Richard Brinsley Sheridan.

Born in Ireland in 1751, Sheridan had moved to Bath in 1770 to be with his parents and seek his fortune. The Sheridans were not unknown to the Linleys for Thomas Senior had given Mrs Sheridan singing lessons, and Richard’s younger sister, Alicia, had become friends with Eliza.

On the eve of 18th March 1772 Eliza was at home at Number 11 Royal Crescent having told her father she was too ill to perform. Under the cover of darkness she crept out to a waiting carriage that sped post haste to London. There she met with Sheridan who had become her confidant over the matter of Mathews, and he prepared to escort her overseas to a convent.

It appears that it was during this journey to France that Sheridan revealed his true feelings for her, of which Eliza, naively, had been unaware.

“When I left Bath I had no idea of you but as a friend . . . it was that interest which you seemed to take in my welfare that were motives that induced me to love you.”

Sheridan persuaded Eliza to elope with him for a secret ceremony near Calais. Since both were under age and without parental consent they swore to keep it secret and continued to Lille where Eliza entered a convent. News of where she was reached Bath and it wasn’t long until her father arrived in France to take her home.

Meanwhile in Bath a distraught Captain Mathews published a scathing letter about Sheridan in the local paper. When Sheridan returned from France he confronted Mathews on the matter resulting in a duel in London, which Sheridan won.

With their marriage still secret, Sheridan went to ask Eliza’s hand in marriage from her father, but was rebuffed. He was under age and lacked money. Sheridan’s father agreed with Linley and swore his son to never contact Eliza again; however this did not stop the couple.

Under North Parade Bridge there is an area known as Spring Gardens where a stone grotto, Delia’s Grotto, still exists today. It is here that Sheridan would leave letters to his “Laura” following their return from France. Alas the letter writing could not continue since Sheridan was defying his father’s wishes. Eliza was kept in the dark and soon her confidence in their affair began to wane: “I am in the most dreadful state of suspense . . . For God’s sake write to me,” she pleaded.

Despite Sheridan’s victory over Mathews, the Captain was not out of the picture. Incensed at losing to a playwright, the soldier challenged him again. In July 1772 the two men met again, this time at Kingsdown outside Bath. Sheridan lost, receiving some serious injuries, but his life was purportedly saved by a miniature of Eliza that he carried in his breast pocket. News of the duel spread far and wide including to where the Linleys were performing in Oxford. The news was kept secret from Eliza lest it affect her performance. However on the return to Bath she discovered the truth and it’s said that in her shock she let slip a cry of “my husband, my husband!”

The Linleys soon moved to Wells and Thomas continued to take Eliza and her sisters on concert tours around the country. Sheridan was forced by his father to move to Waltham Abbey in Essex, and although bereft he could not inform Eliza. Writing to a friend in Oxford where she was performing, Sheridan’s desperation at news of her is tangible; “I hope you have seen her . . . talked to her . . . tell me she is happy.”

By October 1772 Sheridan had come of age and once more went to see Eliza’s father to ask for her hand. Again he was rebuffed, but he persisted. Over the months Sheridan continued to confront Thomas every day outside theatres where Eliza was performing, pleading for her hand. He watched her perform in the evenings and even disguised himself as a coachman to take her back to her lodgings.

With Eliza threatening her parents with suicide if she could not marry him, eventually her father relented. On 13 April 1773 Eliza and Richard were married at St Marylebone Church in London. They went on to have one son, Thomas.

Upon marrying Eliza gave up public singing although she still undertook some lucrative private performances. Meanwhile Sheridan began to produce some of his best loved plays, The Rivals (1775) and School for Scandal (1777). He even wrote a play, The Duenna (1775) which was based upon his and Eliza’s elopement.

However there is no happy ending to this love story. Sheridan couldn’t keep his eye from wandering and embarked on a series of affairs over the years. Eliza was drawn into an affair on the back of her husband’s infidelities that resulted in the birth of a daughter.

Eliza’s constitution had always been weak, causing her sickness throughout her life. In June 1792 Sheridan took her to take the waters at the Hot-wells in Bristol. On 28 June Eliza died at the age of 38 of tuberculosis. Her body was taken with much ceremony to Wells Cathedral where she lies today, along with her father, sister and niece. Sheridan it is said was bereft at his loss.

“Dry be that tear, be hushed that sigh,
At least I’ll love thee till I die.”
(Poem by Richard Brinsley Sheridan to Eliza Linley, Bath 1772).

There is a metal plaque on the outside of No 11 Royal Crescent commemorating Elizabeth Linley’s elopement.