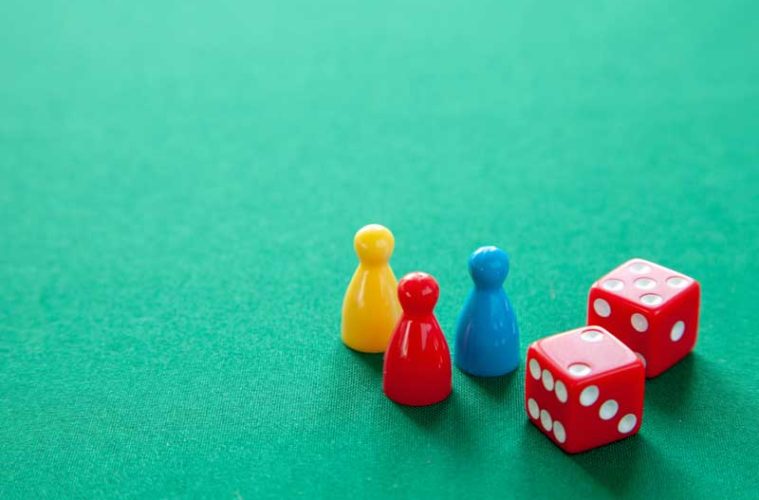 Don’t be bored – play a board game

Bored in isolation? Get a board game out! Regardless of the size, skill level or interests of your lockdown group, there’s a game for everybody who’s game for a spot of good old-fashioned fun, says Melissa Blease, as she recommends 10 of the best…

Created in Montreal 1979 by Canadian journalist Chris Haney, Trivial Pursuit is widely acknowledged to be the ultimate… well, trivial pursuit. Players offer quick-fire responses to questions on a variety of general knowledge subjects in a bid to earn colour-coded wedges for correct answers – and that’s that. According to Italian film director Frederico Fellini, “God may not play dice but he enjoys a good round of Trivial Pursuit every now and again.” And God is not alone; this global board game phenomenon boasts sales of over 100m copies in multiple formats, editions and languages to date.

Invented by English musician Anthony E. Pratt in 1943, the world’s most popular murder/mystery-themed board game was originally called, simply, Murder! But when UK card and board games publisher Waddingtons purchased it in 1944, the company merged the words ‘clue’ and ‘ludo’ (Latin for ‘I play’) together – and a worldwide phenomenon (let alone a whole new word) was born. Today, the Cluedo franchise incorporates several books, a film, a TV series, a musical, and special editions including Simpsons, Downton Abbey and Twilight Zone versions.

According to legendary game designer Mike Fitzgerald, “Ticket to Ride’s design principles have been done before, but they’ve never been put together in a game as compelling as this.” Little wonder, then, that this multiple award-winning, beautifully illustrated railway-themed board game boasts international retail sales of over $160m dollars to date. The original 2004 version asked players to connect routes between north American destinations, but European versions swiftly followed, as did a card game and online, Xbox, iPhone and iPad editions; even Amazon’s Alexa can join in, providing players have a physical copy of the game.

One of the first mass-produced, 3D board games, originally launched almost six decades ago, is still the best: fast, furious, plastic rodent-related fun. Players use plastic pieces to build a series of perils for the mouse-shaped game tokens, aiming to ensnare rival mice in their traps. Squeeeeak!

This Kickstarter phenomenon, released in 2017 by Cephalofair Games, is a substantial distraction in more ways than one; even before the tactical combat, shifting motives, monsters, heroes and dragons are bought into play, the box – containing a whopping 1,500 cards and tiles – weighs in at 10kg. And, once committed, you’re in for a long ride: there are almost 100 possible scenarios involved and it’s estimated that you need to dedicate 150+ hours to complete the game’s full narrative. Still, Gloomhaven maintained pole position on BoardGameGeek’s top rated charts 2017-19, so the effort must be worth it.

The board depicts a political map of the Earth, divided into territories and continents – your goal is to occupy every territory. Simple? Far from it; victory requires strategic planning, an appetite for conquest and no fear of conflict. You’d be forgiven for assuming, then, that the game’s inventor Albert Lamorisse was a military buff with a desire for his own slice of world domination; in fact, he was a French film maker and writer, known for making films of a gentle, poetic persuasion.

You know that classic parlour game where one team member sketches the meaning of a word and their team mates try to guess what the word is? Pictionary represents a more refined version on the very same format and theme, without sacrificing the sociable, interactive, cross-generational appeal.

It sounds a bit icky, but honestly, removing Cavity Sam’s Adam’s Apple or  taking his funny bone out without setting off a buzzer and making his nose light up really is addictive good fun. Those with good hand-eye co-ordination (and, possibly, a strong stomach) earn ‘cash’ prizes, not least of all for the game’s owners, Hasbro: the Operation franchise is estimated to be worth $40m+.

As you might expect from a game named after London’s Metropolitan Police Service HQ, players take on the role of detectives hunting down a criminal who’s loose on the city’s streets. Buses, taxis, the London Underground and even water routes link 199 locations in which the criminal may or may not be located. Simple but intense, fast-paced and fulfilling; you’re nicked.

This elegantly-designed game is as highly regarded for its detailed illustrations and accurate portrayal of bird habitats as it is for the gameplay itself. Place each beautiful bird (170 in all) in their appropriate habitat, and score points for accumulated eggs, food collection, and more. Or, just swoon at game designer Elizabeth Hargrave’s skills – either way, it’s a win/win situation.