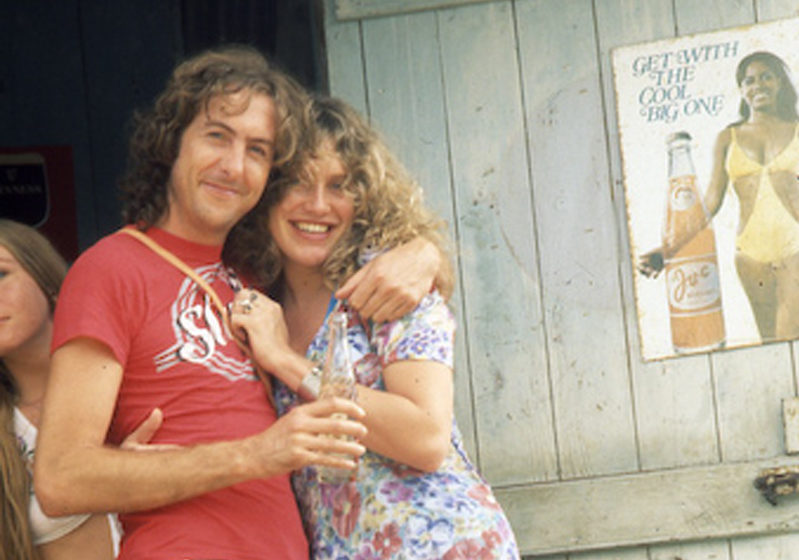 Alexandra Shulman’s new book, Clothes… and other things that matter, sees her pinpointing certain items in her wardrobe memory that have special associations. Here we ask four contributors for their own choices of clothing and design inspiration…

My father died when I was 15 and because I was so young, nobody thought very much about giving me a keepsake, but one thing I did snaffle was a gorgeous cashmere camel coloured jumper of his. This jumper – oh my word – has been with me through thick and thin! Originally, I used to wear it to feel closer to him. I was wearing it when I was involved in a car crash at 18 (my mother darned, badly, the hole that was a casualty of the crash). I left it drying for too long over the Aga in my thirties and burned the neck. And yet all these years later, it still has a place in my wardrobe. It’s big on me, so it’s always a go-to on damp rainy days when I feel like snuggling up on the sofa. And apart from the hole and the burn it’s still in pretty good nick. I recently bought a woman’s version of a similar jumper which is great – but nothing can replace the original!

My collections of painted clothes always have a strong emotional theme, often inspired by travel. Last winter was different, as I stared out of our windows at the magnificent trees in the garden. The sky got bluer and the birds sang louder and the squirrels and I got to know each other. I fell in love with the huge box elder and the white poplar standing side by side in our hillside garden – they looked like massive drawings against the sky. And the ideas came flooding in! Then I realised that through every window of the house there was a different view of trees. The resulting fabric and garment designs saw trees appear simply rendered and framed, criss-crossing across the pieces, so that each garment become a ‘habitation’. The collection had found its inspiration on my doorstep for the very first time.

My choice of clothing started life as a floral patterned chiffon dress, about knee length, and was bought for £5 from the Chelsea Antique Market on Kings Road. I snatched it from the hands of Jenny Kee (now a famous Australian designer) who ran the shop. She used to save items she thought I’d like before a famous star or model snapped them up (Brigitte Bardot, Pattie Boyd and Bianca Jagger all shopped there). I loved the transparency of the printed chiffon (who wore a slip in your twenties when you had a body to show off?) and the gentle pattern of what looked like spring flowers.

It was so soft to the touch that I felt as if I was wearing nothing, a fact not invisible to boys who swirled around just as its hemline swirled around my knees. My mother thought it was ‘tarty’ but that only made it more attractive to me! It lived a jet set life, hanging out with The Rolling Stones in recording studios, on beaches in Barbados with Eric Idle and Penelope Tree, and was envied by Julie Christie in Malibu Colony, who told me “that dress really suits you”.

Back in England it had now become tattered and holes began to appear under the arms and on the hemline. I took courage and cut it down to a blouse which looked great with a pair of jeans and red boots, so it gained a new lease of life. When I realised that it was reaching the end of its days it went to the back of my cupboard. There it has remained, although maybe one day I’ll frame it so my octogenarian self can reflect on the eclectic life the blouse and I have led! It proves Martha and the Vandellas line in Dancing in the Streets: “It doesn’t matter what you wear, just as long as you are there.”

Those who know me these days might associate me with colourful shirts and long shorts – my uniform over the past decade – but I had a different image in my youth. While I was growing up, Jon Pertwee’s sartorial elegance as Doctor Who must have seeped into my consciousness, because by the time I went to university I was gadding about in frilly shirts, velvet jackets and a cape! Other favourite fabrics included woollen ponchos, and a McGregor tartan dressing gown, as any avid fans of The Hitchhikers Guide To the Galaxy will understand. As a student I would stride boldly into rough
pubs in the West End of Newcastle, cape flying behind me… The Geordie mafia types must have thought “Divvent mess with that lad, he must be hard as nails!” Above: Nick on stage during a gig at Nottingham University 1989–90.