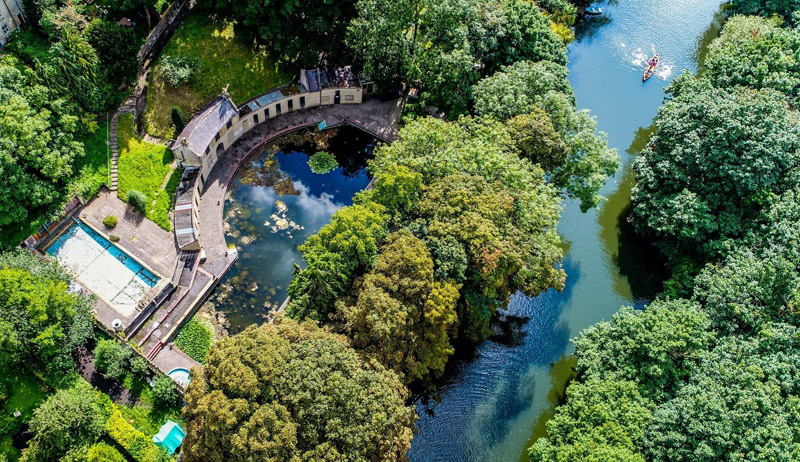 The Cleveland Pools project is stepping up a gear and moving at pace ; following the last 8 months of work to appoint a staff team of 3, develop construction plans, appoint a contractor, and start to build on existing community partnerships, its now looking forward to starting work on-site this summer.

Physical works are planned to start in earnest in June 2020. The majority of deliveries are planned to come from the Avon Rugby Club via river barge, to minimise disruption to its neighbours and it is excited to get the boat in the water. Works will take between 12-15 months, but until it gets started and see how things progress, it can’t confirm when the long-awaited opening date will be.

The Cleveland Pools Trust is committed to making this a sustainable community asset, for both the near neighbours and the wider community of Bath and beyond. To that end, it is developing a project plan to encourage various groups to get involved now, during the construction phase, and once the Pools are open. One great example of this is local primary Bathwick St Marys who the volunteers are working with to develop Heritage Learning resources for Year 5. These will be used in the classroom, en route to the Pools (walking along the canal of course) and onsite. A direct output from this will be information to use as part of the Family Walking Trail to encourage green travel to site.

None of what has been achieved so far would be possible without the incredible hard work of numerous volunteers. The plans for the future are bright and ambitious, and to that end it is hoping to engage more people who may want to volunteer and join. There are a wide range of roles available which will be advertised on the website – these will include Trustee positions and less formal roles with a wide range of activities – so there is something for everyone to get involved with.

While the National Lottery Heritage Fund grant has enabled the Trust to start the project, it does not cover the total cost. It still has a challenging fundraising target and continue to work towards raising the remaining £250k that is required to see the project to completion. If you want Bath’s Lido back in community use please get involved and help to spread the word.

Paul Simons, Chair of trustees said “We are delighted to be sharing the latest progress at Cleveland Pools with our great team of volunteers and supporters who deserve a very big thank you for their continuing efforts to help in all aspects of the project over the years. As contractors move on site later this year the project moves into a new and exciting phase as we work towards a full opening season in 2022.”

About the Cleveland Pools

The Cleveland Pools are the UK’s oldest surviving public outdoor swimming pool. First opened in 1817 as a river fed pool, followed by a colourful history through the Victorian era to its heyday in the 1970s, until competition from the newly opened indoor Bath Sports and Leisure Centre saw the Cleveland Pools close to swimming in 1984.

To survive, it was for a short time used as a trout farm, but was threatened with demolition as an alternative to repair. In 2003 Bath and North East Somerset council, who owns the site, put it up for sale, and it was added to the English Heritage Buildings at Risk Register.

Thanks to the determination of two local people, Ann Dunlop and Roger Houghton, the Cleveland Pools Trust (CPT) was formed in 2005 to rescue the pools from dilapidation. In 2006 its listed building status was raised from II to II* as The Pools were considered of ‘particularly important… of more than special interest.’

Thousands of supporters from far and wide, many of whom have happy memories of swimming here before closure, joined the campaign and today the CPT has many highly valued volunteers who give their time to keep the site in good order, fundraising, publicising progress and organising events.

We are now well on our way to finally restoring the Pools for the community of Bath and beyond to enjoy.

For more information and to support: clevelandpools.org.uk