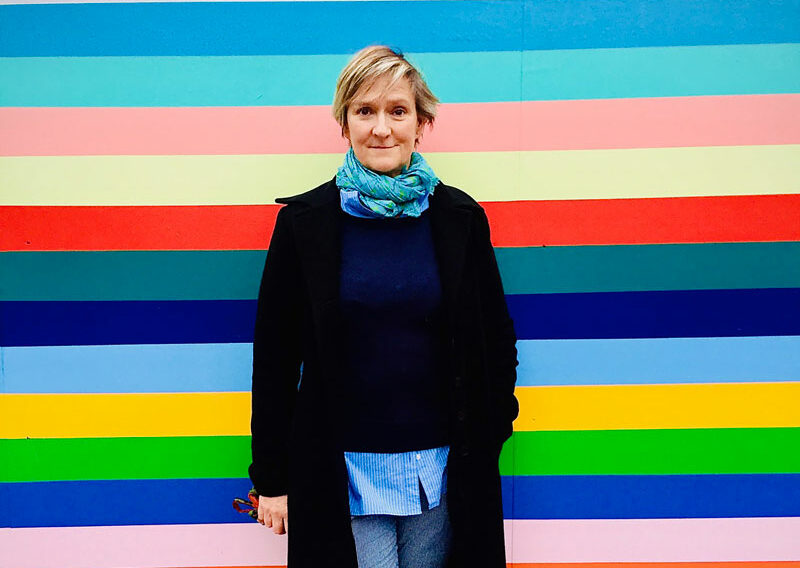 Deborah Warner, the new Artistic Director of Theatre Royal Bath’s Ustinov Studio, talks to Melissa Blease about how her father’s antique shop first inspired her love of theatre and the ambitious projects she is bringing to the Ustinov.

In January 2020, Deborah Warner was announced as the new Artistic Director of Theatre Royal Bath’s Ustinov Studio, taking over from the theatre’s former AD Laurence Boswell. At the time, the Ustinov was – way too over-optimistically, as it happened – planning to unveil details of Deborah’s inaugural season in the autumn of the same year. But that was then and this is now, some 30-ish strange, difficult months later… and at last, we can finally pick up where Covid so cruelly forced us to leave off and officially welcome Deborah to Bath.

“The Ustinov is a very exciting space; the moment you walk in, you feel that excitement,” says Deborah, just days before her epic new production of The Tempest opens at the theatre on 1 July. “For several years, the theatre has offered audiences theatre work at the highest standard; my aim is to continue to offer that high standard in terms of acting, direction and design, and in addition offer productions of opera, dance and song. Each season there’ll be a production of a classic theatre text, an opera, a song cycle or cantata, and a further piece of ‘new’ theatre, as defined in the broadest sense of new writing, new performance, etc.”

Phew! That sounds like an ambitious programme for Bath’s intimate 126-seater theatre… until you take a glance at Deborah’s CV, and you just know that if anybody can turn the theatre magic that her opening statement promises into reality, it’s her.

Having founded The KICK Theatre Company in 1980 at the age of just 21, Deborah went on to work with leading companies and highly acclaimed talent worldwide, holding prestigious positions including Resident Director of the Royal Shakespeare Company, Associate Director of the National Theatre and Associate Director of the Barbican. Her long-standing, multiple award-winning creative partnership with actor Fiona Shaw spans over three decades and she’s worked extensively in Paris with performances at Bouffes du Nord, MC93 Bobigny, l’Odéon, Chaillot, Châtelet, Opéra Comique and Théâtre des Champs Elysées.

Enough? Oh, very much nowhere near! Deborah has regularly worked for the leading opera houses and conductors of the world, and has produced a number of devised installation works (including Peace Camp for the London 2012 Cultural Olympics). There’s film work on the list too, including a John Banville adaptation of Elizabeth Bowen’s novel The Last September; little wonder, then, that in 2006, Deborah was created CBE for Services to Drama in the Queen’s 80th Birthday Honours. But having digested all that, what I really need to know is… where and how did the origins of Deborah’s long-standing love of theatre and the arts begin?

“I was born in Burford, Oxfordshire, where my father ran an antique shop,” she says. “That doesn’t sound like such an exciting prospect these days, but back in the 1950s, 60s and 70s, antique shops were Aladdin’s Caves of possibility. My father sold everything from doll’s houses, children’s life-size merry-go-rounds, ship’s figure heads and Elizabethan clothing to 18th-century shop signs, the handkerchief Charles I dropped at the scaffold, American quilts, highwayman’s pepper shakers, sedan chairs, penny farthing bicycles, totem poles – you name it, he sold it! And he ran the shop like a theatre with ever-changing scenery, and he told the story of all the things for sale to the customers who came into the shop; I think my love of theatre began then. Of course, we also lived near Stratford-upon-Avon and my parents took us there from a young age; I saw Judi Dench as Portia when I was nine years old, and Peter Brook’s famous Midsummer Night’s Dream when I was twelve.”

Deborah’s done so much between then and now; we’ve already skimmed over a scant collection of her career highlights to date in my heavily condensed version of her extensive CV. Is it possible for her to define her own personal highlights so far?

The Ustinov is a very exciting space; the moment you walk in, you feel that excitement

“There are so many!,” she says. “Taking Samuel Beckett’s Happy Days to the Ancient Theatre of Epidaurus, Greece, and witnessing Fiona Shaw’s Winnie play to a full crowd in that wondrous 12,000 seat amphitheatre. Playing Benjamin’s Britten’s Death in Venice at La Scala in Milan. Playing the Madrid premiere of Britten’s Billy Budd at the Teatro Real; having the thrill of the run of the empty and dilapidated Midland Grand Hotel at St Pancras for my St Pancras Project installation; taking Fiona Shaw and John Lynch to Derry to play at the height of the troubles; casting Fiona Shaw as Richard II – the first woman to play the role… these are just a few.”

So, to bring us bang up-to-date: why the Ustinov – and why The Tempest as Deborah’s first production? “I haven’t worked with any of the three Theatre Royal auditoria yet, but the name and weight of reputation is so strong,” she says. “As for The Tempest in particular: I love this play! It’s considered by many to be Shakespeare’s last play and it’s also, to my mind, one of his most enigmatic and magical, with its extraordinary collection of characters from the supernatural to the all-too-earthly. The play spins its magic every time I return to it, and catches me in its spell.

“But really importantly, I wanted to begin in Bath with a highly ambitious project on a big scale – and that’s exactly what this is! The intimate confines of the Ustinov will be pushed to the limit in the most exciting way. But the intimacy of the space and the epic scale of the programming is what my first season is all about. An intimate space is always exciting for an audience and, of course, not unusual in the theatre. But nowadays – often for reasons around economics – it’s quite rare to find Shakespeare programmed in such a space, and certainly you’d never expect to experience opera in such close quarters. But when Christine Rice, one of the greatest of our British singers, sings Phaedra here in August, it’ll be simply mind-blowing. Similarly, to hear and witness Dido’s Lament or to see Kim Brandstrup’s dancers this close – oh, just you wait! For sure, there are challenges such as stretching the finances to meet the vision; that’s tough on a small budget, but so far it’s possible. But overall, the freedom to programme big works for a small-scale theatre feels so new and exciting to me, and I think audiences will really have something to be excited by too.”

Away from the bright lights of theatre, how does Deborah feel about the prospect of spending her downtime in Bath?

“I feel very good indeed about spending so much time in your city”, she says. “I was often brought here as a child as my parents loved it, and my father had an early involvement with the American Museum, which is such a glorious place. It’s so very, very beautiful here; it comes as no surprise to me that the Romans were so taken with the city, nor that the great and the good of so many centuries have revelled here. And it’s so wonderful, too, that you have a theatre on the scale of a National Theatre to call your own.”

And it’s wonderful for us to have Deborah Warner on our doorstep: yet another great and good name to add to the city’s roll call is ready to take to the stage.

The Tempest, Ustinov Theatre, 1 July-6 August | ­For full details (and to read more about the Ustinov’s new season), visit theatreroyal.org.uk/your-visit/ustinov