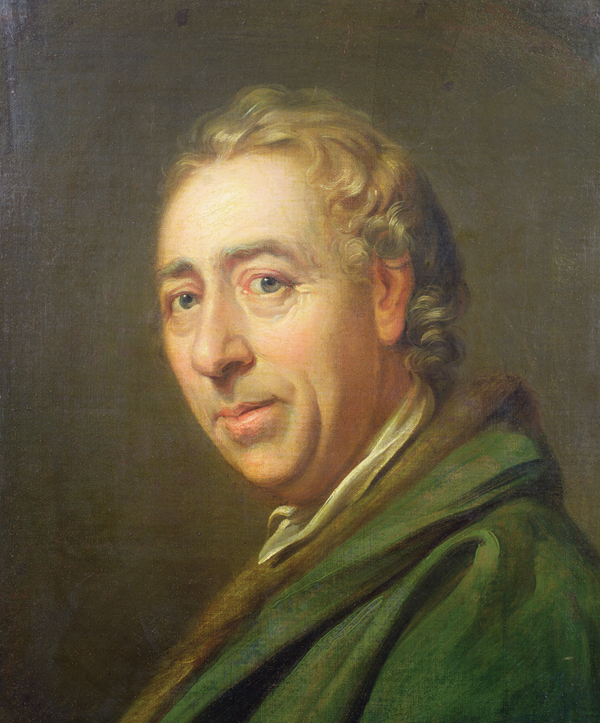 Fame is a strange and fickle thing. Many of those who are famous today are literally legends only in their own lifetime and their fame and significance will only last as far as next week once they’re gone. Others are decidedly big fishes in small ponds, their influence only touching those who specialise in their chosen field. Gardening is like that – there just aren’t that many stand-out figures. Mention even such greats as Christopher Lloyd or Gertrude Jekyll to non-gardeners and they will simply look nonplussed. But Capability Brown is a name that they will recognise, even if they’re not entirely sure why.

Back in my college days Lancelot ‘Capability’ Brown was something of a divisive figure. This man of humble origins, the original self-made man, was responsible for singlehandedly decimating some of the greatest country estates of England in the space of a few short years. But he was also responsible for creating some of the finest parks and gardens for which England is now justly renowned. The superlative Blenheim Palace, the staggeringly beautiful Stowe, Chatsworth, need I go on?

Just listing the parks in this area reads like a who’s who of the best: Bowood, Longleat, Dyrham, Dodington, Prior Park, Badminton… and there are more, many more, within striking distance of us in Bath.

You can’t help but admire Lancelot Brown, born the fifth of six children to a yeoman farmer and his wife. He became a gardener at the big house and ended up as head gardener at Stowe for 10 years before setting up for himself.

Brown offered a number of different services to his clients: for a round number of guineas, he could provide a survey and plans for buildings and landscape, and leave his client to execute his proposal; more frequently he provided a foreman to oversee the work, which would be carried out by labour recruited from the estate.

In 1753, when he opened his account with Drummond’s Bank, Brown was employing four foremen and by the end of the decade he had more than 20 foremen on his books. The aristocracy fell over themselves to commission work from him.

Every bit the mercenary designer, you might think, except he seems to have been anything but that; in fact he would sometimes allow his client to determine the value of what he had done and seems frequently to have submitted plans and surveys without a bill Brown had suffered from asthma all his life, and his habit of constant travel, together with his practice of not always charging for work, affected both his health and finances.

As for that distinctive nickname, Lancelot Brown acquired the ‘Capability’ handle from his habit of telling clients that their gardens had ‘great capabilities’. In his talented hands, they certainly did. PLANTING FOR POSTERITY: the Cedar of Lebanon tree at Blenheim Palace features in the film Harry Potter and the Order of the Phoenix.

So was he a vandal or a man of rare vision? He did make some bold decisions, wiping out the formal gardens of a previous century with seemingly no hesitation, deviation or second thoughts.

He also moved an entire village high street on more than one occasion, hiding the humble houses from the view of the grand house so as not to spoil his Lordship’s vista. But I don’t regard that as destructive necessarily. I’m not averse to bold new gardens – I don’t think that gardens should be preserved in aspic as the very nature of plants and gardens is about change, growth and renewal. I can also think of a few houses and streets that I would cheerfully move to open up a view, given half a chance.

It’s probably a shame that we don’t have a few more of these ancient gardens still remaining such as the great topiary gardens of Levens Hall and Hampton Court, but there are plenty of those on the continent for devotees of this style.

And it’s probably just as well that CB, given his speedy and prolific work rate, spent 10 years honing his style as head gardener of Stowe before he went freelance. He was obviously hugely influenced by William Kent’s work on the grounds at Stowe and in the 32 years after that he created some 260 or more landscapes, of which more than 150 are still much as he laid them out.

I think landscape designer is the correct term to use for Brown, rather than garden designer. His gardens are really best described as parklands of artfully naturalistic copses of trees, elegantly positioned lakes and curving, softly sweeping driveways.

The grass parks are dotted with sheep and cattle but there are no fences to keep the livestock away from the house, only a ha-ha which can barely be seen, leaving the charming view uninterrupted. Can you imagine what a change it made from the trussed up, tightly controlled formal gardens of the previous generation? Not to mention the fact that the formal gardens demanded vast numbers of staff to manage them while Brown’s landscapes were infinitely less trouble.

Next time you’re at Dyrham Park take a look at the Kip engraving of the original terraces and gardens – it’s simply incredible to imagine all that detail and intricacy instead of the park that exists today.

In 2016 we’re embarking on a celebration of all things Capability Brown in this tercentenary of his birth. There are festivals and exhibitions galore but I find myself returning to those mixed feelings I had in my college years nearly 30 years ago.

I think, on the whole, I’m a fan although not without some reservations. He’s been accused of using an Identikit formula for creating his landscapes but, honestly, show me a garden designer that doesn’t have trademark themes. I would love to have seen Dyrham as it once was – it must have been glorious in its heyday and Brown did not improve on that one iota. But I’ll always treasure Madingley Hall, a CB garden near Cambridge which I worked in during my college middle year. There he had moved the high street, created a ha-ha with sheep dotted park and carp filled lake. And it was beautiful, really beautiful. PUNCTUATION ON THE LANDSCAPE: the East Lake Pavilion at Stowe in Buckinghamshire, owned by the National Trust.

The first ever celebration of Brown’s extensive works, the Capability Brown Festival 2016 brings together a huge range of events, openings and exhibitions. Website: capabilitybrown.org.

The Historic House Association (HHA) has launched an online trail exploring some of Brown’s most famous garden projects, such as Burghley House and Blenheim Palace, as well as lesser-known properties such as Kirkharle in Northumberland. For more information about the 26 sites, visit: hha.org.uk/CBtrail.

Jane Moore is the award-winning gardening columnist and head gardener at the Bath Priory Hotel. She writes regularly for the Telegraph and can be followed on Twitter @janethegardener.