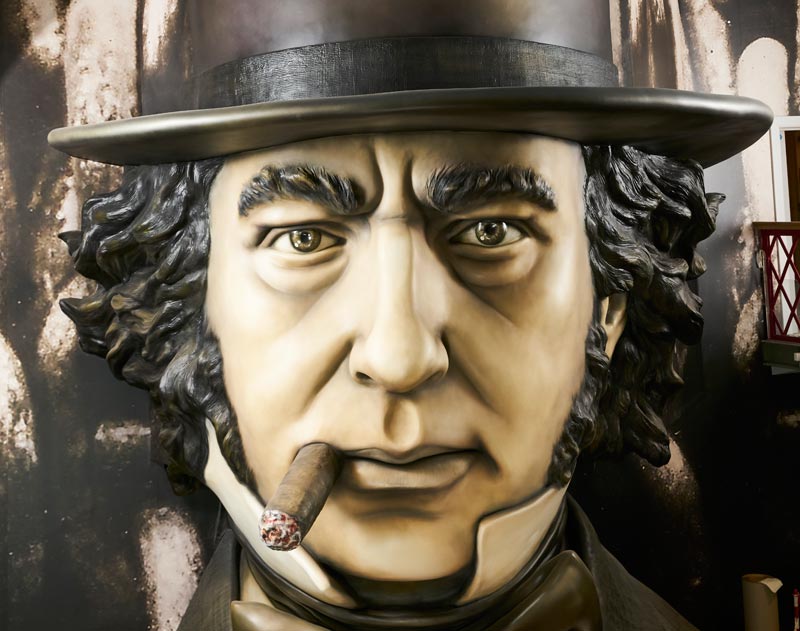 Being Brunel: The Man, The Myth, The Legend

Jessica Hope discovers the extraordinary mind behind one of history’s greatest engineers following the opening of Bristol’s newest museum, Being Brunel

The year is 1857. A man lights a cigar and places it in the corner of his mouth. He secures his stovepipe top hat on his head and checks the time on the pocket watch hanging from his waistcoat. He wipes some of the mud off of his trousers and puts his hands in his pockets. Looking ahead with a confident demeanour, he straightens his back, angles his feet, and poses for the camera.

This is how many of us perceive illustrious engineer Isambard Kingdom Brunel – proud, intuitive, and not afraid to get a little dirty. The photograph, taken in front of the enormous chains of the SS Great Eastern, quickly dominated Brunel’s public image as an innovator and influential Victorian figure.

Since then, this image has become synonymous with Brunel and his reputation in history – children learn about him and his great inventions in school, historians celebrate his ingenuity and impact on the 19th century, and present-day engineers hail him as a great inspiration.

Despite his reputation, no museum dedicated to Brunel has ever been built – until now. After six years in the making, the brains behind the SS Great Britain attraction – based in Bristol’s historic dockyard – have brought together the world’s most significant collection of Brunel’s possessions, designs and diaries to open Being Brunel, a £7.2m visitor destination celebrating his life and the remarkable influence he had around the globe.

The museum features around 150 of Brunel’s personal items that have never been on public display before, as well as artefacts from the University of Bristol, the Clive Richards Brunel Collection and SS Great Britain, allowing the public to see Brunel from a more personal point of view. 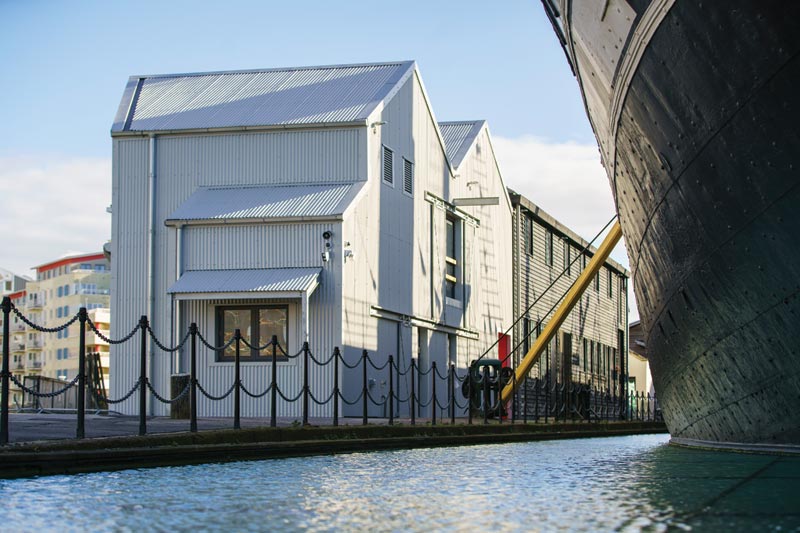 The exterior of Being Brunel

Metres away from the Great Britain, one of Brunel’s greatest successes, visitors can explore the different aspects of the engineer’s life that they might not have considered before, such as his family and education, and learn more about his great industrial achievements as well as his failures.

Laid out to mimic the famous 1851 Great Exhibition in Hyde Park, which was a celebration of global innovation and manufacturing, visitors can move through the six galleries dedicated to different areas of Brunel’s life and work, examining the extraordinary items and designs on display, as well as immersing themselves in the sights, smells and sounds of the Victorian age.

As you enter, you can recreate the iconic image of Brunel in front of the SS Great Eastern – pop on a top hat, strike a pose and snap a photograph in front of some replicas of the huge chains.

Next, step into Brunel’s home in Duke Street, London, and explore the reconstruction of his lavish Shakespeare Room where he would wine and dine his guests with the hope of persuading them to invest in his seemingly madcap ideas. Visitors can admire the gilded silver given to Brunel by Great Western Railway, his opulent chandeliers, paintings of his favourite Shakespearean scenes and the original, wonderfully preserved clock he insisted everyone set their watch by, before taking part in an interactive touchscreen game where you decide which guests to invite to Brunel’s dinner party and see if you can persuade them to fund the next project.

Open the chests of drawers and see the incredible rocking horse drawing Brunel completed when he was six years old, learn about how his father, Sir Marc, influenced his interest in industry from a young age, and read Brunel’s school report from his time in France where his teachers predicted that he would go on to do great things in the future.

Walking into the following room, your attention is dominated by an enormous 3D replica of Brunel’s head – top hat, cigar and all. Built through Pinewood Studios, there is more to this giant head than you first might expect, but more on that later…

In this section visitors can learn about Brunel as a talented designer and engineer – he was appointed to the Great Western Railway at just 27 years old.

You can view the designs he made to create a seamless journey from London to Bristol – he originally planned this on horseback, following the route and making notes as he went, even designing the smallest details of the railway stations along the way.

Brunel was well-known for being able to draw a perfect circle freehand and he used this trick when designing the GWR’s broad-gauge track – if he was able to travel on the track and still draw a perfect circle, then he knew the line was working efficiently. Think that sounds easy? Well, the museum has installed its very own 1830s replica of a railway carriage, so visitors can use built-in iPads and test their drawing skills while the carriage chugs along.

As well as celebrating Brunel’s achievements, the museum doesn’t shy away from his failures – equally a part of who he was – such as the South Devon Atmospheric Railway. He may have had great talent, but Brunel was known to take risks which didn’t always pay off. And while he was great at constructing a confident public image, the extracts from his diaries reveal his riling self-doubt and fears surrounding his work. 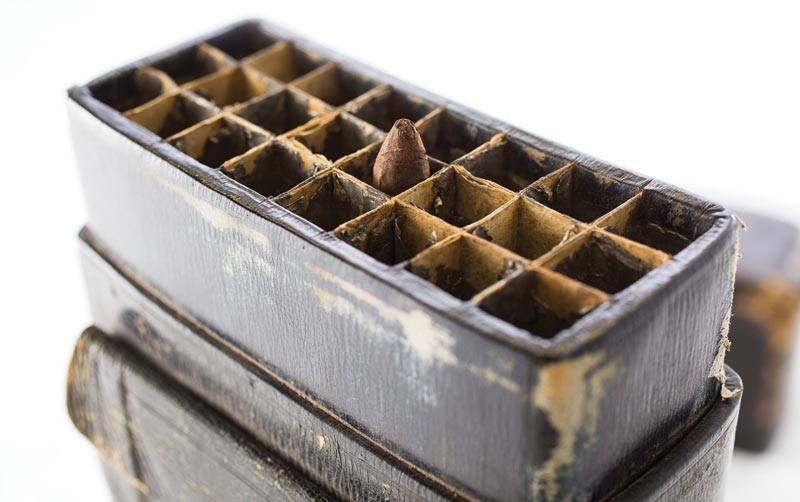 Despite his insecurities, Brunel quickly became a household name and a celebrity of the Victorian age. His final project, and perhaps his most ambitious one, SS Great Eastern, caught the attention of both the media and the public. One of the most remarkable items in the museum is Brunel’s sketchbook, showing his initial ideas for this great ship. The technical drawings, the details of how the ship would move in the water, and the scribblings of numbers and notes give us a clear insight into Brunel’s creative yet mathematical mind.

Brunel’s impact on the West Country still resonates with us today, and the influence he had on our local landscape and how we travel is explored in Being Brunel with a focus on the Clifton Suspension Bridge. When a competition opened to build a bridge over the Avon Gorge in 1827, Brunel entered four designs, one of which is on display, complete with scribblings. Brunel originally envisioned an Egyptian-inspired design, and you can even see the sphinxes he planned to adorn the top of the bridge with, which were in fact never added.

The next part of the museum is an immersive experience within the giant replica of Brunel’s head, accessed via his ear canal. Yes, you read that right, through the ear canal you go! Once you’ve journeyed inside Brunel’s mind, some of the most significant moments of the engineer’s life are played out on a videoscreen ahead, allowing you to see the world from his point of view. Above, on a planetarium-style screen, Brunel’s thoughts and ideas swim across the ceiling as the sounds and smells of the railway fill the space. This gives you just a snapshot of how his mind might have worked, constantly swirling with ideas.

Moving away from Brunel’s mental world, we go on to explore the physical sphere of his working environment in the final section of the museum. Brunel’s office on Duke Street in London has been reproduced from scratch, based on a charming watercolour painting by his niece, as a place where visitors can investigate his working space, pick up replicas of his plans, sit at his desk and even chat to the office clerk.

The Grade II listed Great Western Steamship Company’s Bristol office has also been restored back to how it would have been in 1843, where Brunel and his team worked painstakingly to design the SS Great Britain and revolutionise maritime engineering. As visitors explore the rooms, they will be surrounded by chatting and excited whispers of Brunel’s staff on a soundscape as they discuss the innovative notion of using propellers rather than paddles on the iron ship.

Brunel discovered a great advantage of using propellers to stabilise the ship even in rough conditions and drive it forward, yet he needed the backing of his investors to take this chance. Head downstairs to witness the board meeting where Brunel was able to persuade his stakeholders to agree to his new design, and consequently change maritime travel forever.

Behind the cigar smoke and top hat, Being Brunel reveals the many facets of a Victorian figurehead who changed the way the world works, and allows us into the extraordinary mind (quite literally) of one of the greatest engineers in history. How many people can honestly say that they’ve walked through the ear canal of Isambard Kingdom Brunel?