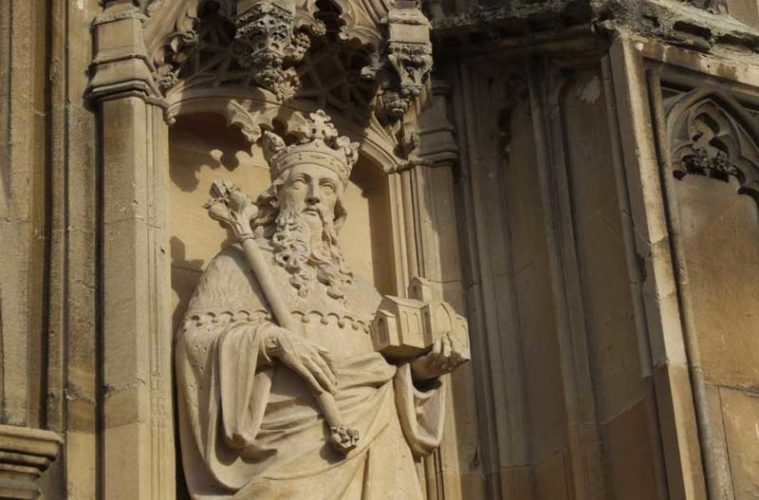 While Bath is defined by the towering names with which it has become associated – figures such as Bladud, Beau Nash, Jane Austin, John Wood the Elder and Younger, and Ralph Allen have all carved their profiles indelibly into our city’s fabric. But the character of a city is a complex equation, drawn from all eras and from all the people who have lived here or made their lives here.

We love our established Bath stars, but our city’s history also has to thank a variety of lesser-known figures who have called this place home. We can’t provide individual histories of the ordinary people that lived and worked in the city of Bath – the Romans who used to regularly bathe at Sulis Minerva, the soldiers who fell in battle against the Saxons at the Battle of Dyrham Park in 577, those who laboured to construct the old city walls in the 3rd century, and those who called the city’s 7th-century Saxon monastery their home. Or the members of the merchant guilds of the city who helped raise money for King Richard I’s crusades in the 12th century, those Bath residents who lived through the 14th-century plague, along with the privileged masses who used to promenade in our Georgian pleasure gardens and throng around the Assembly Rooms’ gaming tables. But they all had a part to play.

We can’t provide individual histories of the ordinary people that lived and worked in the city of Bath… But they all had a part to play.

Of course the further we go back, the less information we have about individual characters, but we love to shine a light on all aspects of the city’s personality through the individuals who have made it colourful. Here is a compilation of ten characters who have made a difference to who we are today, some shadowy but evocative of their era in Bath and some lesser-known names who played a key part in the city.

Going back to Roman times, we know that a three-year-old girl called Succa Petronia, the daughter of Romulus and Victoria Sabina, once lived in Bath. Her tombstone was uncovered in the city and represents all the unidentifiable children born in Bath of Roman or Romano-British parents during the time of the Roman occupation of Britain, from 43–410 AD. The descendants of those children, who unlike Petronia survived into adulthood, are within the DNA of Bathonians, Britons, and people all around the world today.

Let’s also pay homage to the Anglo-Saxon King Osric, or King Osric of the Hwicce, who gave land near Bath to the Abbess Bertana in 675 AD to found a Convent of Holy Virgins. It is remarkable to think that there was a community of women worshipping on the site of what is now Bath Abbey more than 1,300 years ago.

We need to mention the Wife of Bath – a fictional character from Geoffrey Chaucer’s Canterbury Tales written in 1386, but representative of Bathonians of the medieval period. Alyson was a cloth-maker in the city and her husbands (five in total) had all been wealthy merchants – many at this time were involved in the wool and cloth trade from which Bath’s wealth grew. Spirited, crude and non-conformist, Alyson is clearly familiar with the many ancient and medieval views on proper female behaviour, but boldly questions their validity, and – albeit fictional – is therefore a very early precursor of the women’s liberation movement.

Next up is Bishop Oliver King who ordered the monks to rebuild the abbey in 1499 on the site of the old cathedral. The cathedral had decayed because the monks did not have enough money to maintain it and many of the most beautiful parts of today’s abbey date from this time. There is a legend that Oliver King had a dream where he saw angels, an olive tree and a crown, and the ladders of angels that climb up and down the West Front of the abbey refer to this dream.

There is a legend that Oliver King had a dream where he saw angels, an olive tree and a crown…

Another figure who played a guiding hand in the city of Bath’s prosperity was Thomas Guidott, a student of chemistry and medicine who set up a practice in the city in 1668. He was interested in the curative properties of the waters, and he wrote A Discourse of Bathe, and the Hot Waters There, which brought the health-giving properties of the hot mineral waters to national attention of the country, and brought the aristocracy to the city to sample them.

John Palmer (1742–1818) gave a dual offering to the city, as post office pioneer and theatre owner. In 1768 he was instrumental in acquiring the first Royal Patent for a theatre outside of London for the Old Orchard Street Theatre in Bath. Then, during a journey between Bath and Bristol, he noted the speed of the stagecoach compared to the mail coaches and suggested using stagecoaches to the post office in London. An experimental run was a resounding success and in 1785 Palmer became Surveyor and Comptroller General of The Post Office, and his idea revolutionised the English postal service.

In the absence of Beau Nash – too famous for our undercover-heroes-of-the city premise – we introduce caricaturist Thomas Rowlandson, who was not a Bathonian, but visited in 1798 and drew a series of 12 watercolours called The Comforts of Bath. Published as aquatints, they give a satirical view of episodes in the life of a visitor taking the waters. A gouty character appears in many of the scenes, with his young wife courted by an officer. Rowlandson depicted both the social and medical scene in Bath just before the period described by Jane Austen in Northanger Abbey and Persuasion and depicts of ordinary people of the time.

Theatre architect CJ Phipps (1835–1897) was born in Bath and started out practising there. He competed for the design of the new theatre (Bath Theatre Royal), and the success of this building led to him building many others. Phipps built most of the West End’s theatres – the Queen’s, Gaiety, Olympic, Vaudeville, Strand, Prince’s, Lyric, Garrick, Tivoli, Dalys, and the original Shaftesbury. His Savoy Theatre was the first in the world to be lit entirely by electric light. He also built 40 provincial theatres including the Gaiety Theatre in Dublin, the Theatre Royal in Glasgow, and the Theatre Royal in Brighton.

Bath also had a hand in the early development of cinema with inventor and cinematography pioneer John Arthur Rowbuck Rudge (1837–1903). A scientific instrument maker by profession, he also put on countless early moving picture shows using his Biophantic Lantern, earning him the nickname The Wizard of the Magic Lantern. In 1880 Rudge met William Friese-Greene who had a photographic shop in The Corridor, and the pair formed a close working association. In the mid-1880s film was still in its infancy, and Rudge developed a much improved method of moving pictures. Through their work, Friese-Greene realised glass plates would never be a practical medium for film, which eventually led to the development of celluloid. A plaque to Rudge (and Friese-Greene) can be found at the entrance to New Bond Street Place.

The post-war building boom saw a rise in demand for cranes across the UK and in 1948 three brothers, Alf, George and Gordon Sparrow, formed Sparrow’s, where they designed and built their own cranes, becoming international pioneers in lifting technology. Sparrow operations opened up in the Middle East and the USA, as well as in other countries, and they would own and operate the first 1,000 tonne capacity truck in the world. The business was sold in 1986 but still holds the Sparrow name, still has its headquarters in Bath, and also still sports the familiar crane livery known throughout the world – the Sparrow red.

Each of these figures – from a Roman child who lost her life too young to an Anglo-Saxon King who had a dream, and a chemist whose findings brought great fortune to the city to a cinematography pioneer who was dubbed a wizard – have contributed to Bath’s journey and we add them respectfully to the urban canon of those who have helped to shape our city and have contributed to the layers that enrich its roots and its history.

Main image: A statue of King Osric of Mercia on Gloucester Cathedral