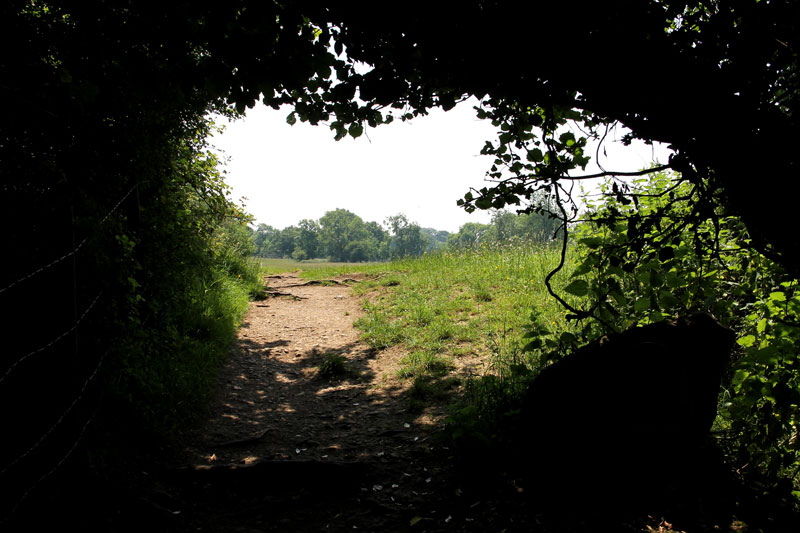 A walk for high summer which takes in some of Bath’s most ancient sites. Andrew Swift is our guide

This six-mile walk from the centre of Bath leads to some of the grandest panoramas of the city, ventures through old quarries, follows the ramparts of an Iron Age fort and explores a tract of ancient woodland. It takes in the remains of a 200-year old tramway, a cave associated with one of Bath’s most notorious murders and some curious standing stones. The going is sometimes rough, there are a couple of stiles as well as steep and slippery sections, so stout footwear is essential.

Head east from Terrace Walk along North Parade Road. Cross at the lights at the end, bear left for a few metres, turn through an archway and head up to the canal. Turn right for 75m, cross the canal and head up a path. After crossing a road, carry on up a path, passing another road, but, after another 120m, turn left along a path. Cross Bathwick Hill and head along Cleveland Walk for 600m. At the end, turn right up North Road, and after 50m, cross and go through a kissing gate (KG) onto National Trust land (ST763652).

After a few metres, turn right past a spring head and head diagonally uphill towards the wood at the top of the field. There are no footpaths here, and the going can be rough, but, when you reach the top, turn to take in an extensive panorama of the city.

Carry on round the edge of the field, go through a wide gap into another field, head across it, turn left uphill and go through a KG. After crossing a drive, head up past a small stone structure, possibly built to store gunpowder for use in nearby quarries.

After admiring the view from Sham Castle, built in 1762, bear left towards a car park before heading right up a gravel track. When the track ends, carry on, and, after passing a wall running along the ramparts of Bathampton Camp, bear left. Continue along the track, and, when it forks, carry straight on. Turn left along a gravel track with a bridleway sign, carry on downhill and, after going through a handgate, bear right across rough ground towards a waymark.

Carry on along a narrow track beside a fence and go through a KG. After 125m cross a metal stile and turn left down a track following the course of an inclined plane or tramway down which stone ran to a wharf on the canal. The stone blocks were sleepers to which the rails were fixed.

After 60m, turn right to follow a track through an old quarry (ST778653). When it forks, bear right to follow a Skyline waymark, looking out for a particularly impressive outcrop up to your right. This area, riven by centuries of quarrying, was one of Gainsborough’s favourite places to sketch when he lived in Bath between 1759 and 1774. Although the scenery is just as remarkable today, watch your step while admiring its picturesque qualities – there are several sheer drops. 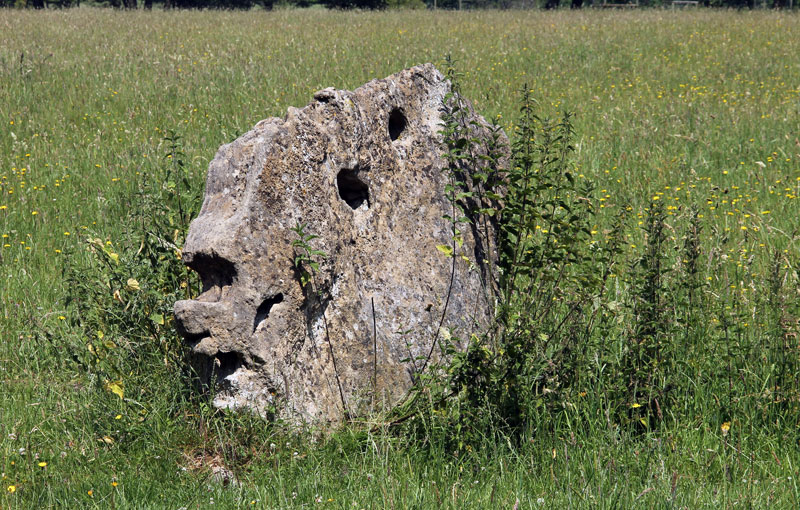 A broad track curving in from the right leads to old underground quarries. The largest of them is sealed, but to the left of it is a narrow gap through which two boys crawled in search of adventure in September 1893. Sliding back some stones, they found, not the buried treasure they hoped for, but the body of a young woman called Elsie Luke who had disappeared two years earlier. The ensuing inquest aroused enormous interest, but, although it was clear she had been ‘cruelly murdered’ and a suspect was identified, no one was ever convicted of her murder.

A little further on, when the track forks, bear left and go through a KG into Bushey Norwood. Bear right along a faint track alongside the southern ramparts of Bathampton Camp. When the track forks, bear left to head south past patches of uneven ground, the legacy of excavations in the 1880s which discovered evidence of an Iron Age settlement. As you head towards the far right-hand corner of the field, look out for a couple of standing stones. Similar stones lie round about, giving rise to speculation that a stone circle once stood here. The truth is almost certainly more prosaic, although whether the stones were connected with an 18th-century racecourse that stood nearby or were raised up for some other reason is unclear.

Cross a stepped slab stile in the corner of the field and follow a path past a bobsleigh track. At a T junction, turn right and follow a path through woods. To your left, behind a wall, is The Avenue, a road built around 1820.

After 400m, when you come to another road, cross and turn left before turning right along a footpath. The Avenue once continued along here. Continue on as The Avenue resumes its course, and, at the end, look to the right to see an octagonal lodge, before crossing the road on the left and heading along Copseland.

After crossing the top of Widcombe Hill, carry on along the drive to Quarry Farm. After passing the farm, continue past old quarries. When the track bears left, turn right through a KG to follow a path – known locally as a drungway – between stone walls (ST767638). Carry on as it drops steeply downhill to emerge on Widcombe Hill. Cross over, and, as you turn left downhill, a view of the city opens up ahead, while, to your right, 19th century villas on Bathwick Hill can be seen amidst the trees.

Go through a KG into Smallcombe Wood, follow a track diagonally across the field to the right and go through a handgate into Smallcombe Wood. This is the only surviving ancient woodland in Bath, dating back over 400 years. Carry on along a broad track ahead, and, after 250m, when it forks, bear left downhill to where small-leaved limes have fallen across a spring and sent up new shoots. Small-leaved limes were once common, but are now largely confined to ancient woodland.

At the bottom, follow the track as it curves left and winds through the woods. After 150m, go down steps and through a gap in the wall of Smallcombe Cemetery. Head past a mortuary chapel designed by Thomas Fuller, through the gates and along a lane.

After 150m, turn right up a footpath and follow it as it winds uphill. After going through a KG, carry on along a track curving right through a gap in the hedge to a KG in the top corner of the next field, where there is a seat to take in another panoramic view. Follow a path downhill past the backs of the houses on Bathwick Hill and continue down to recross the canal and return to the city centre.

main image, Bushey Norwood, which is owned by the National Trust