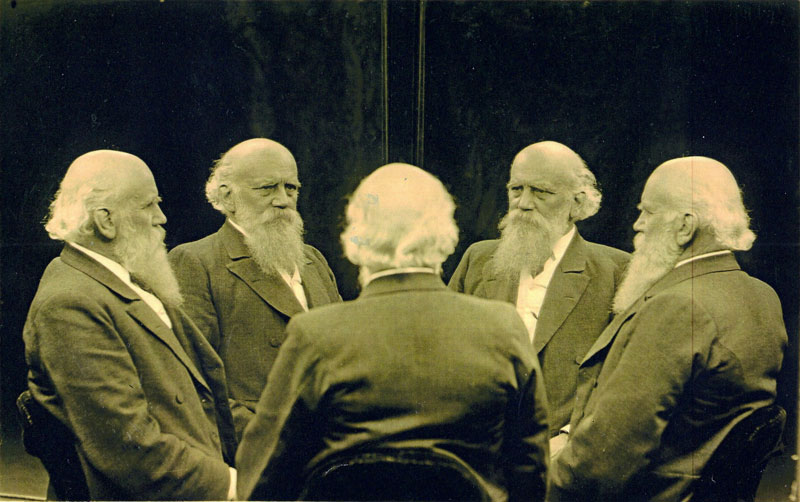 We knead you: Bathampton’s history of plasticine

On the 120th anniversary of the invention of Plasticine, Eirlys Penn explores its history and looks forward to this month’s community celebrations in Bathampton

On the first floor of the Victoria Art Gallery in Bath you’ll find the bust of William Harbutt, local hero and inventor of Plasticine. Shaped by one of his students, the luxuriously bearded late-Victorian likeness was fittingly modelled first in Plasticine, then bronze.

There can’t be anyone reading this who didn’t have a formative experience as a child with that slightly acrid-smelling modelling material – which comes in many colours but invariably morphs to brown. Harbutt’s secret recipe has fuelled a century of kindergarten creativity capped by Aardman’s Oscar-winning Wallace and Gromit.

Born in North Shields, Tyneside on 13 February 1844, William Harbutt studied art in London and, aged 30, moved to Bath to teach. He ran Bath School of Art and married fellow artist Bessie, a fine miniature portraitist, with whom he had six surviving children – who would all go on to work in the family business.

Though Plasticine would become best known as a children’s play material, Harbutt first concocted it as a serious tool for his adult sculpture students: clay could be hard to work and dried too quickly. So Harbutt began experimenting in a makeshift laboratory set up in the basement of the Alfred Street family home. And in 1897 he came up with the winning formula – which included, among other things, calcium carbonate, petroleum jelly and stearic acid.

He patented his recipe in 1899 and, after a period of laborious domestic production involving grooved wooden butter pats to shape the slabs, Harbutt soon geared up to industrial processing in an old flour mill at the Grange, High Street, Bathampton. William Harbutt at a summer fete surrounded by Edwardian girls

Harbutt was a popular, generous and genial boss who managed to create a happy, convivial atmosphere at the Plasticine factory. He arranged annual outings, bussing managers, workers and families out to Henley or Maidenhead for a steamer cruise along the Thames. By tradition, everyone wrote their seat number on the tyre of the bus (possibly with a Harbutt’s roadmarking crayon – which you can see on display in the Museum of Bath at Work). The fortunate person whose number was nearest the ground when the bus stopped won the contents of the kitty.

Though he walked with a limp, Harbutt vicariously encouraged the high-spirited playing of ball games outside the factory during lunch breaks – tolerating broken windows, and extending the break if the winner hadn’t been decided yet. He occasionally sent staff home early during fine weather to make the most of the sunshine. He also made the Harbutt family boat available on the canal at lunchtimes. And during harsh winters he’d extend lunch breaks to allow skating on the frozen Kennet and Avon Canal beside the factory.

A family man, he was teetotal, a regular churchgoer, and benevolent to local charities, giving over part of the factory premises as a clubroom for Bathamptonians. A man of conviction and principle, with a genuine sense of civic service, he was a local parish councillor and stood for election to Somerset County Council in 1907 with the manifesto: ‘I ask you to send me to the council not to rule but to serve, having no belief in the birthright privileges of a governing class.’

Harbutt was also a tireless promoter and astute marketer. Plasticine was originally produced only in grey, but a rainbow of colours soon emerged, once its potential as a children’s toy became obvious. Harbutt wrote pamphlets and books to explain the benefits of his product. And, from the very beginning, he travelled widely for promotion, demonstrating in up to four schools a week. A bright advertisement for Plasticine

As Plasticine went global, the travelling ramped up too; in 1908, Harbutt and his daughter Olive undertook an extended tour of Australia, New Zealand, Canada and the US, giving more than 140 demonstrations in under 12 months. And it was on a selling trip to New York that Harbutt unfortunately caught a chill and died of pneumonia on 1 June 1921, aged 77.

His body was returned to Bathampton, and he is buried within sight of the old factory in the churchyard at St Nicholas’ Church.

After William, further generations of Harbutts continued in the family business, updating production, diversifying and expanding. They ventured into early character merchandising in the 1930s with Disney and Enid Blyton. Business boomed after the Second World War when, after years of grey austerity, children responded eagerly to its pop of colour.

But the 1960s brought disaster when the factory burned down in the bitter winter of 1962/3. Ironically, it wasn’t neglect but an electrical fault in new equipment that caused the problem. The fire brigade arrived to find hydrants and the canal frozen solid. And, by the time they’d accessed water, the original 200-year-old mill was totally destroyed – as was production machinery, countless artefacts and records, including the original formula.

Astonishingly, Plasticine-making resumed after just three weeks, though it took a year to rebuild the factory and return it to full production. Production finally moved away from Bathampton in 1983 when the doors of the Plasticine factory closed for good.

The Museum of Bath at Work has arranged a day of celebratory events at Bathampton Village Hall on Saturday 17 June, starting at 10am with a day-long programme of entertainment for the people of Bathampton to mark the 120th anniversary of its origins in the village, the original Plasticine village, including:

• Cake-baking competition on the theme of Bathampton, Plasticine Village

• Aardman screening: the day will be capped off with a free screening of an Aardman film

Further details available on the Museum of Bath at Work website: bath-at-work.org.uk.

Main image: A 360 degree photographic portrait of William Harbutt, courtesy of the Museum of Bath at Work