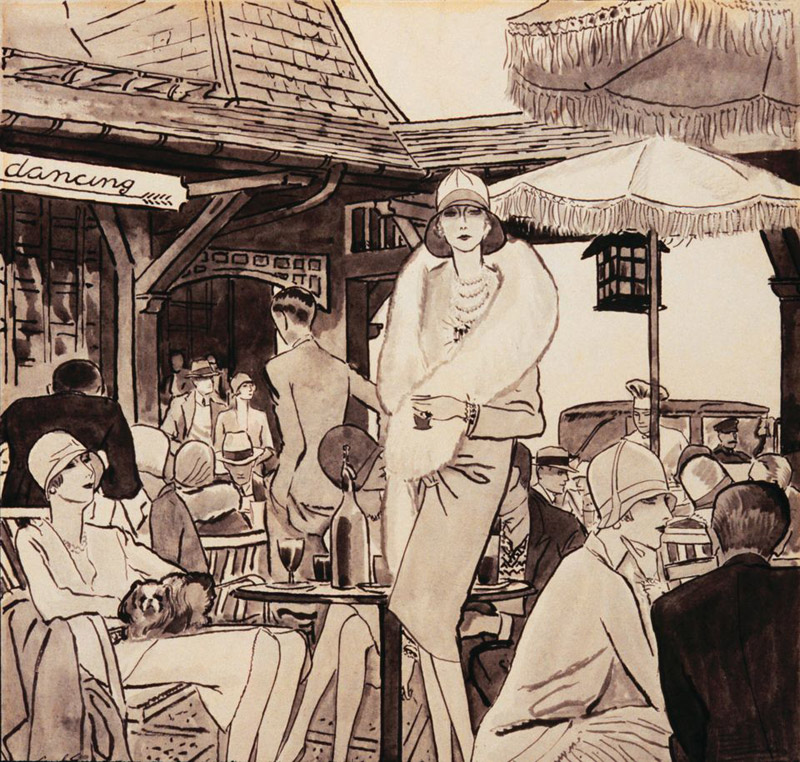 Gray M.C.A which specialises in the overlooked field of fashion illustration is behind a major non-selling show in New York. Connie Gray, founder of the Gray M.C.A. gallery, has co-curated the exhibition Fashion Illustration: the Visionaries, a Century of Illustrations from the Frances Neady Collection at the Society of Illustrators (until 7 March).

The exhibition includes 63 examples dating from the 1920s to today by artists such as Harvey Boyd and René Bouché, known for his works in Vogue in the 1950s. Works on show also include Carl (Eric) Erickson’s portrait of the Comtesse de Munoz (1928), and Antonio Lopez’s depiction of the aviator Amelia Earhart made in 1978 for Bloomingdales’s advertising.

All of the pieces on show are drawn from the Frances Neady Collection of Original Fashion Illustration held in the special collections of New York’s Fashion Institute of Technology (FIT). A spokeswoman for Gray M.C.A. says that the gallery sits on the FIT advisory board.

The Neady collection was established in 1983 by Rosemary Torre and Frederick Bennett as a memorial to Frances Neady, a teacher of fashion illustration, who served on the faculties of FIT and the Parsons School of Design for 40 years.

Fashion illustrations were ubiquitous in the fashion press until the early 1970s when photographic images began to fill magazine pages. Connie Gray, who founded Gray M.C.A 12 years ago, says: “Fashion illustration has never sought to compete with fashion photography, rather it looks to tell a story with an intensity and elegance that leaves space for its audience to complete the picture in their imagination.”

Pieces can be bought meanwhile at the show Drawing on Style opening in Mayfair, London, on 10 September. Original work by illustrators such as Bouché, René Gruau, David Downton, and Bil Donovan will be shown by Gray M.C.A. (priced between £1,200 and £20,000).