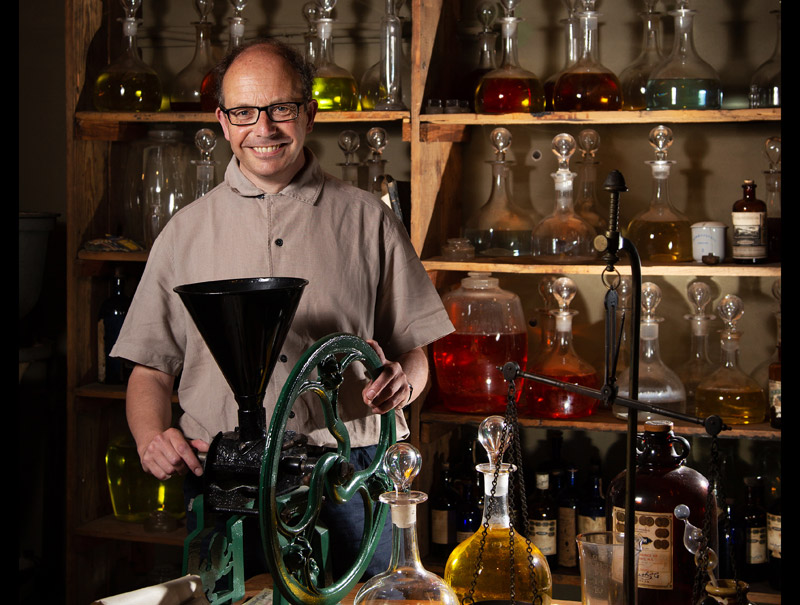 Bath at work: Stuart Burroughs, Director of The Museum of Bath at Work

I was born and brought up in Bathampton, and I have spent most of my life here. I’m descended from farm labourers, a train driver and a gardener at a country house – all from this area, and my parents met and married while working at Horstmann Gear Company in Newbridge. I trained as an historian and it was a combination of that and an interest and knowledge of the local area which led me, eventually, to this job as director of the Museum of Bath at Work.

This is the best job I’ve ever had, championing the city’s working heritage and local history. The museum celebrates the everyday and the workaday. We held an exhibition here on housework called It’s Her Factory: Housewife Heroines a few years ago, for instance. I like the idea of being able to celebrate the commonplace in a city like Bath, which is famous for the exceptional – the built heritage and the Jane Austen connection.

I was in a band that came second in the 1991 Swindon Battle of the Bands Competition and we had our seven-inch single played on BBC Radio One (once, I think). Copies are still available. Anyway, the singer with the band made me aware of the environmental charity Common Ground and this changed completely my way of thinking about the museum and its work.

Common Ground encourages communities to appreciate their surroundings through the creation of ‘local alphabets’. The compilation, in alphabetical order, of aspects of their locality they thought important seemed a perfect way of encouraging local people to become involved in creating museum displays here. In 2014 we held an exhibition Knowing Your Place; Bath in Twelve Community Alphabets with community groups from Newton St Loe to Bathford creating local alphabets which we illustrated in 312 pictures to show the city as local people would like it presented. Did you know there was a zoo in Widcombe, and Bathford was home to the country’s oldest Horseshoe bat, named Boris? We’ve carried on with this sort of work ever since and at the moment we have an exhibition about Bath and the Big Issue and the Bath Arts Workshop – the 1970s predecessor of the Bath Fringe.

I’m a hapless cook, I’m not very good with heights and I don’t drive, but I can recognise trees by their leaves, identify wild flowers and name garden birds by their song. I used to play in The Bath School of Samba but I have now exchanged cowbells and snare drums for church bells as I am a keen, if inconsistent, bellringer at Bathampton, which I see as a sort of musical public service. It’s very good for your back as well.