Arts and Crafts: The New Creatives

With courses in printmaking, life drawing and pottery, the Creative Collective in Bathford has fast become a haven for budding artists in the city. Vishaka Robinson went to meet them

Inside a revamped barn, on a cider farm along Box Road, The Creative Collective opened its doors last month. The duo behind the start-up are artists Amy Palmer-Fry and Hannah Southfield-Cook, who have transformed their corner of the barn into a bright, airy studio full of hanging plants and greenery. It’s a space that plays host to an ever-changing mix of inventive classes from ceramics to hand lettering to floristry. 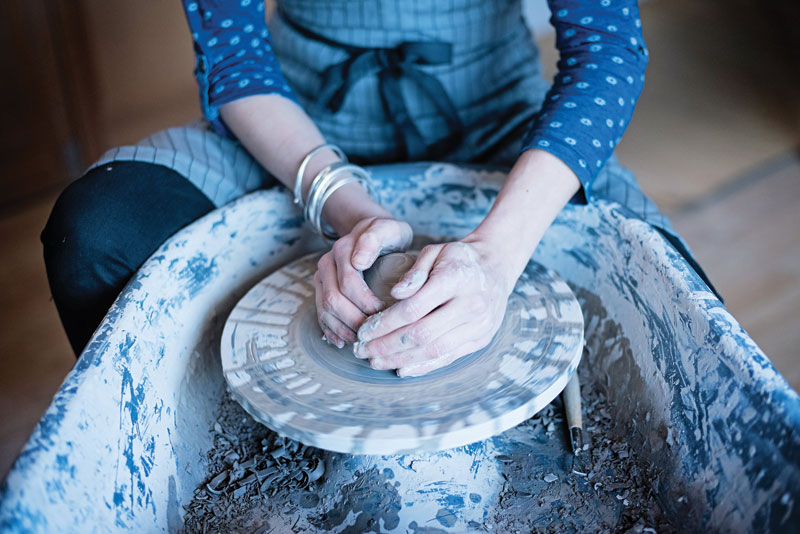 Clients can book one-to-one lessons on the pottery wheel. Image by Anna Bowkis

The two, who both live on canal boats on the River Avon, met just 18 months ago when they struck up a conversation about their pets ­– bizarrely both have a cat and a rabbit a piece (if you’re lucky you might spy one of them roaming around in the studio). Amy is the fine arts side of the pair, an expert ceramist and weaver and Hannah is a jack-of-all-trades, a face and body painter, florist and a psychology seminar tutor at the University of Bath. They were both struck by the lack of dedicated arts spaces in the city. “Bath is brimming with creative and entrepreneurial types,” says 25-year-old Southfield-Cook. “We wanted to carve out a place where people could throw themselves into all manner of artistic endeavours but not spend a fortune.”

It’s a formula that clearly works. They’ve hosted 20 workshops since they launched a month ago (all fully booked), with prices ranging from £10 for a kids lesson in snow globe-making, to £100 for ‘deck the halls’ – an all day extravaganza of wreath-making, table settings, lino-print Christmas cards and ceramic garlands. 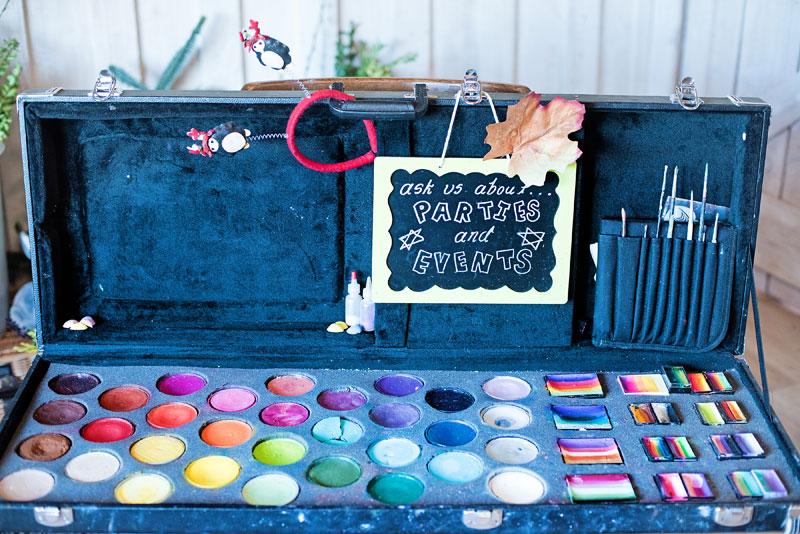 Co-owner Amy is a professional face and body painter. Image by Anna Bowkis

The barn where The Creative Collective is based already plays host to an eclectic mix of other businesses with Broadlands Cider, Modern Massage and others clustered around a central café (there’s also a play area outside for little ones to let off steam). Waiting in the sidelines are a stellar line-up of new tenants. Hedgerow cordials who make natural cocktails and cordials will be moving their kitchen onsite this month and Haylee-Mai, a local acrobatics pro will be taking up residence and running courses throughout the year.

There are also plans for a monthly market in the style of a mini Frome Independent and regular weekly Thursday morning (10am–12pm), children’s crafting sessions, where parents can catch up over coffee whilst their little ones go wild with paint and macramé. 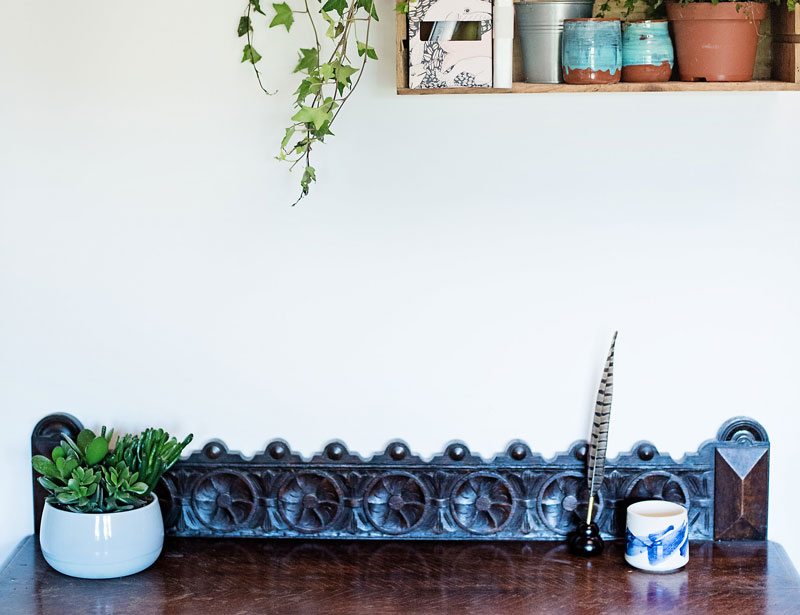 The studio runs courses in hand lettering and calligraphy. Image by Anna Bowkis

“We’ve been blown away by the positive response,” says Southfield-Cook who has more than 150 workshops planned for the next 12 months. “And if there’s something you want to learn, or teach that we aren’t doing it, let us know – our doors are open.”

Featured image: Hannah and Amy both share a love of all things crafty. Photographed by: Anna Bowkis