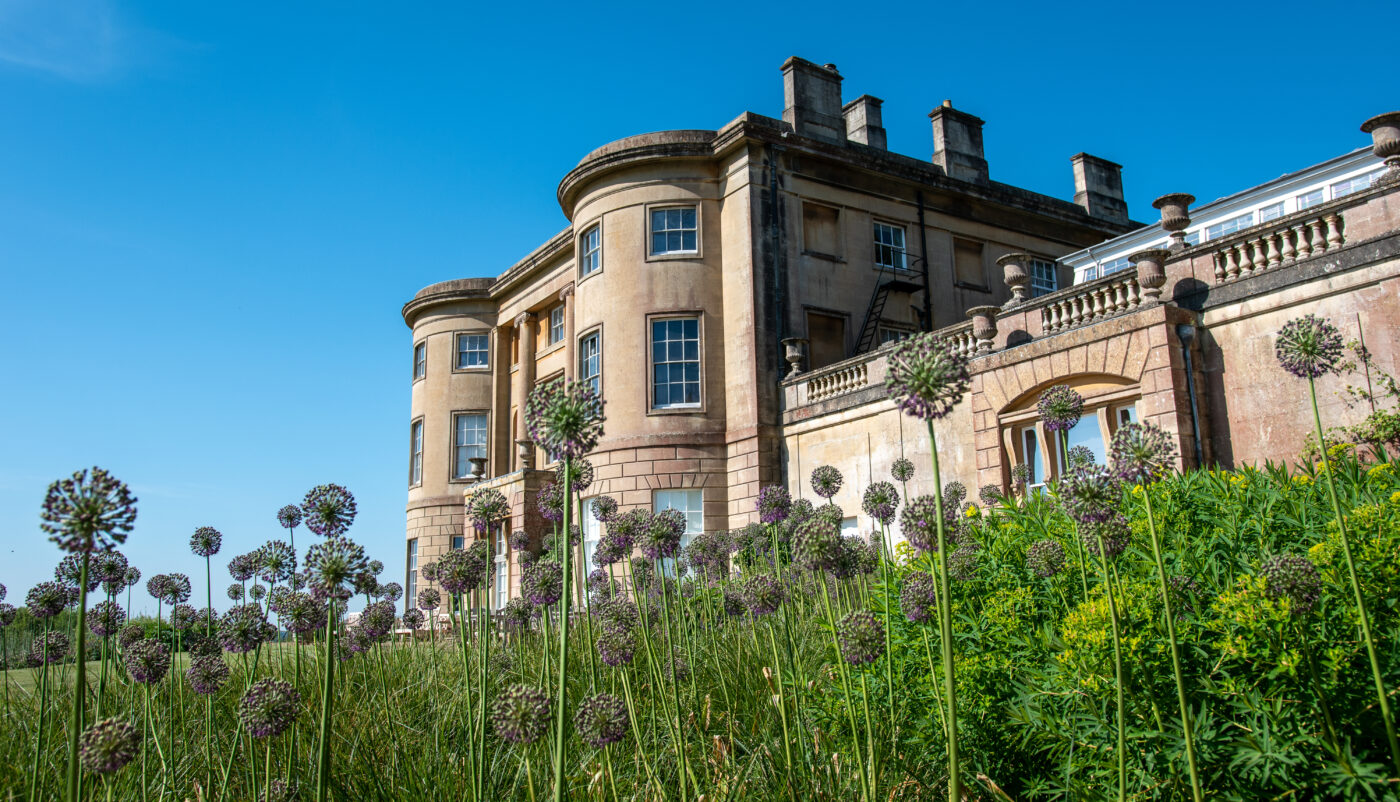 Richard Wendorf will step down in December after serving as director of the American Museum & Gardens for the past 12 years. He tells us about what has been achieved during this period – and where he and the museum are headed.

I think of my work at the American Museum as unfolding in three distinct but overlapping phases. The first phase began before I arrived here in January 2010, for I had been asked to produce a programme of events for the museum’s 50th anniversary in 2011.

This seemed like triple jeopardy! I had already taken Harvard’s Houghton Library through its 50th celebrations, and more recently I had orchestrated an ambitious programme for the Boston Athenaeum’s 200th birthday. Anniversaries generate opportunities, however, so once I was on the ground, the team and I began the process of finalising plans for the refurbishment of the Coach House and the extention of the Stables, thus giving us ample space for educational events, lectures, small exhibitions, corporate meetings, concerts, dinners, and even weddings. The museum’s world-class collection of American folk art, meanwhile, needed to be transferred to the newly renovated gallery on the side of the Manor House. Gluttons for punishment that we were, we also decided to issue three publications and mount three exhibitions, including Marilyn in Bath and a sample of our collection at Christie’s in London. We hosted five parties at Christie’s in a single week, and I’m told that I hold the record for shaking the largest number of hands at the top of that handsome staircase.

At the close of each of the anniversaries I’ve presided over, I’ve engaged staff members and trustees in a forward-planning process. We held meetings in Bath, London, and New York, and it was Edward Bayntun-Coward, now our deputy chair, who made the argument that our greatest opportunity was to expand our offer in the grounds of Claverton Manor. This new strategic plan led to the second phase of my tenure as we began to consider the creation of new gardens on the estate, a process that began in 2012 and came to full fruition six years later. With the help of several colleagues and friends, I appointed a new head gardener (Andrew Cannell) and engaged the architectural landscape firm of Oehme, van Sweden in Washington DC to design what eventually became the New American Garden.

The new garden has brought the museum a larger and much more diverse audience… and we now have an extensive, award-winning horticultural offering

Raising the funds for this £2.5 million project was relatively easy, given the keen American gardeners we have on our board of trustees; pushing the plans through the Council’s planning process was extremely difficult, however. Although Claverton Manor had been the home of an American museum for over 50 years – and already had an American garden replicating George Washington’s at Mount Vernon in Virginia – we found stiff resistance to any further ‘Americanisation’ of the grounds, including Ted Nash’s brilliant design for the new ticket pavilions. As our landscape architect Eric Groft later commented, it’s hard to sell something ‘American’ and ‘new’ in Georgian Bath. I have learned to be patient and persistent, however, and with the warm support of our local councillors, our plan was eventually approved 24 months later. We finally opened the New American Garden in September 2018 and renamed and relaunched the museum, with Alan Titchmarsh cutting the ribbon.

This is the accomplishment of which I’m most proud, not just because of the beauty and distinctiveness of the new garden, but because it has brought the museum a larger and much more diverse audience. Supporting this growth in visitation was the complete redesign of the Mount Vernon Garden in 2017 and the creation of a Children’s Garden in 2020. We now have an extensive, award-winning horticultural offering at the museum, and we have received generous coverage in The English Garden, Gardens Illustrated, Veranda, The Secret Gardens of Somerset, Country Life – and The Bath Magazine. We have also fulfilled the three criteria that I set out for the new garden almost a decade ago: it must be American in design and planting, it must be completely accessible, and it must enhance our marvellous views into the Limpley Stoke Valley.

During the past two years I have entered into the third and final stage of my directorship as the trustees and I have steered our institution through the difficulties and unpredictability of the pandemic. This has not simply been a waiting game, however, for I took this as an opportunity to rebuild the senior leadership of the museum by appointing a new collections and public engagement director (Jan English), a new business and development director (Fritha Costain), a new estate manager (Matthew Amos) – and made various adjustments within the rest of the team. Later this year I will appoint a new head gardener. And as these shifts in leadership have been taking place, we have – particularly through the new gardens – provided a safe haven for tens of thousands of friends in the community. Our visitation is running 50% higher than in 2019 even though we were locked down at the beginning of the year; and our membership is at a historic high, with a record number of family members taking advantage of the new Children’s Garden. In December, moreover, we are introducing an ambitious Christmas light show.

So what lies ahead? That rests in the hands of Gareth Thomas (our current chair, who will become executive chair in January), the other trustees, and our new senior leadership team. But I think it is safe to say that the plans outlined below will be among their desiderata.

I for my part, will continue to support the museum as a consulting ambassador on our behalf, working closely with our American supporters even as Bath continues to be very much my home.

PLANS FOR THE FUTURE
• Renovation of our Exhibition Gallery so that we have the climate control we need to mount blockbuster shows from the US and elsewhere
• Creation of new period rooms within the Manor House so that we can tell compelling stories about modern and contemporary America
• Sensitive and imaginative redevelopment of our current period rooms
• Continuing development of our gardens and other aspects of the estate, including an expansion of the Children’s Garden into the woodlands
• Extended festivities around our distinctly American holidays, such as the Fourth of July and Halloween, with music, food, theatre, and comedy reinforcing our commitment to showcase the very best in American culture

The Enchanted Garden of Light is a trail of illuminations taking place this Christmas at the American Museum & Gardens.

Richard Wendorf’s next book, Printing History and Cultural Change, will be published in March by Oxford University Press. He is currently working on a critical study of the Fourth Earl of Chesterfield.

Featured image: Claverton Manor, the home of the museum